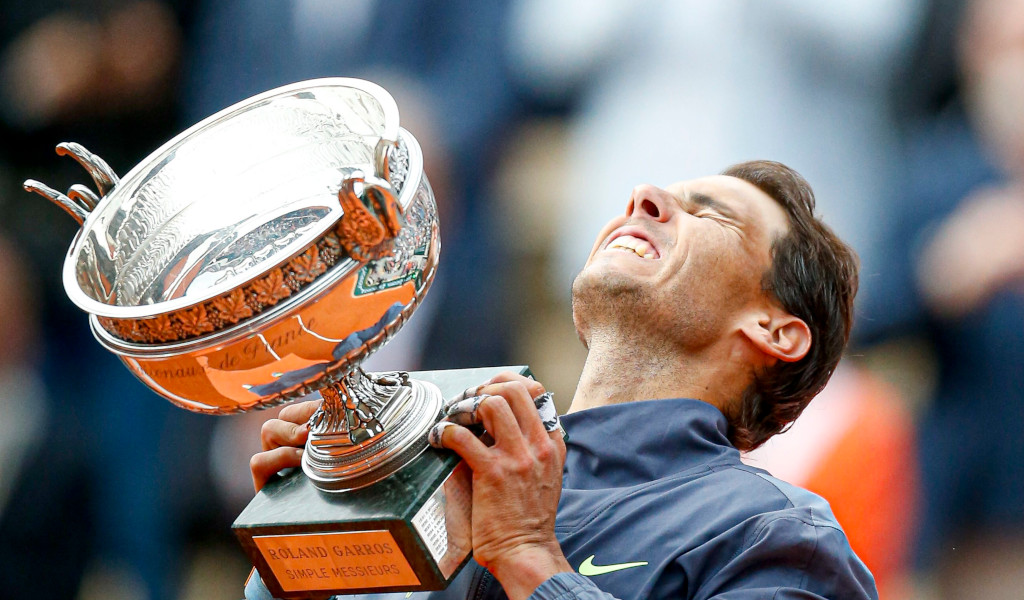 The French Open is set to commence at the end of September, a far cry from its usual May start, with Rafael Nadal looking to defend his crown.

With Roger Federer out injured and Andy Murray still working his way back to full fitness (he has had to rely on a wildcard for entry to this year’s tournament), there is plenty of scope for an outsider to have a strong run.

Any underdog story, however, will rely on victory over at least one of the top three favourites for this year’s French Open; we take a look at the top contenders.

All hope is not lost for his competition, however, as Nadal’s fallibility was on display in his recent shock defeat to Diego Schwartzman at the Italian Open in Rome. A defeat on clay, especially to a player he had beaten in all nine of their previous meetings, should certainly give room for encouragement to his competition. At 34 years old and with perhaps a lack of matchplay sharpness (he skipped the recent US Open to fully focus on the clay season), Nadal may be in his most vulnerable state for many years.

Nonetheless, Nadal has only ever lost twice at the French Open in a record stretching all the way back to 2005. Roland Garros is his kingdom and his rivals must play at their absolute best to have any hope of removing his crown.

Fresh from his maiden Grand Slam victory at the US Open, Thiem will be brimming with confidence and hopeful of securing victory in a tournament where he has lost in the past two finals. The Austrian showed his mental fortitude in coming back from two sets down against Alexander Zverev to win the final at Flushing Meadows and this may embolden him in potential match-ups against legends like Nadal or Novak Djokovic.

Clay represents his favorite surface, the one he grew up playing on, and the knowledge that he can win slams on hard courts will fill him with self-belief. He stands as the 13/5 second favorite to secure a second consecutive grand slam title.

Djokovic, the 17-time Grand Slam winner, has had a somewhat difficult year off-court which was exacerbated on-court by his disqualification from the US Open after accidentally hitting a lineswoman with a stray tennis ball. Before that, however, Djokovic had not lost a single match all season and appears to be in prime form.

He will be hungry to find redemption with victory at the French Open, and on a personal level he must feel his sole title at Roland Garros is not a fair reflection of his supreme talent. The Serb has lost in three finals at the tournament, however he has failed to reach the final since he claimed victory over Andy Murray in 2016. A second French Open title would make Djokovic the first man since Roy Emerson to win each of the four Grand Slam titles more than once (something which Nadal and Federer have never achieved).

At 3/1 to win the tournament, Djokovic comes into the French Open as a relative underdog by his own incredible standards. His unshakeable self-belief and determination, however, will certainly make him one of the toughest possible opponents at Roland Garros.

It is difficult to see beyond these three players for the tournament, however, the quickly improving Alexander Zverev, the explosive Stefanos Tsitsipas and the powerful Daniil Medvedev could all threaten for the title. The unusual time of year for the tournament combined with disrupted preparations could also cause some surprises. There is certainly an intriguing tournament ahead, but once again there is only one fundamental question: can anyone dethrone the King of Clay?