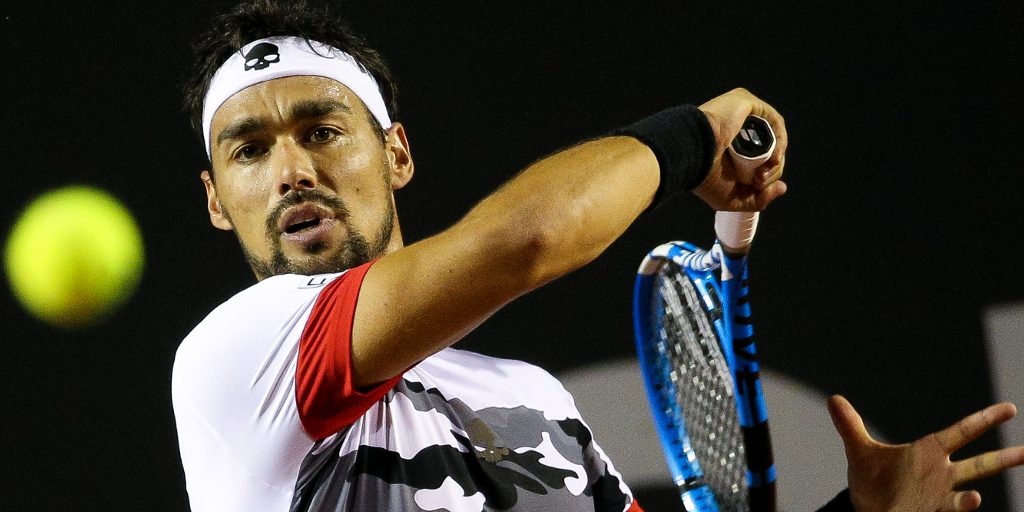 Fabio Fognini scored a first career clay court win over Fernando Verdasco to reach the final of the Swedish Open.

The Italian battled Verdasco for over two hours in their semi-final before earning a 6-1 4-6 7-5 triumph despite throwing away two break leads in the desciding set.

“Beating Fernando is really difficult. He is a great champion,” he said. “At the end, it is a lottery.”

Fognini will face Richard Gasquet in the final after the Frenchman enjoyed a far more pedestrial semi-final.

Gasquet was far too good for lucky loser Henri Laaksonen, cruising to a routine 6-2 6-3 win.

Both men are looking for their second ATP Tour titles of the season.

Elsewhere on the Tour, sixth seed Robin Haase was dumped out of the Croatia Open by Argentinian Guido Pella.

Haase lost the first set but had looked to have regained control of the match by dominating the second.

It will be an 🇮🇹🇦🇷 final in Umag, as Marco Cecchinato faces Guido Pella for the the @CroatiaOpenUmag 🏆

In Newport, India’s Ramkumar Ramanathan reached his first career final with victory over Tim Smyczek at the Hall of Fame.

The world number 161 had to earn it, battling the American for 90 minutes for his 6-4 7-5 win, and will now face Steve Johnson in the final.

“I was serving well and I just hung in there,” said Ramanathan. “I didn’t have the greatest first set on return, but I found a groove. He’s a really tricky opponent, especially on these courts. I’m pretty happy to get through.”