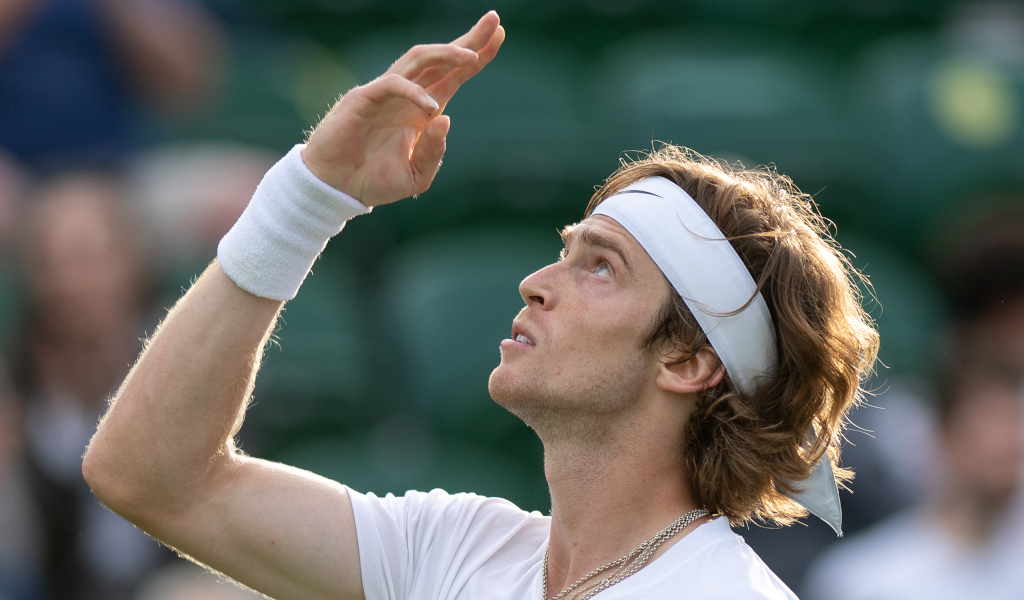 The ATP has responded to the decision by the the All England Club and the LTA to bar Russian and Belarusian athletes from all UK grass court tournaments.

While the ATP condemned Russian aggression in Ukraine, they labelled the ban as ‘unfair’.

The All England Club, which runs Wimbledon, said they were acting to “limit Russia’s global influence through the strongest means possible”.

The ATP issued a statement in response to the ban, airing their concern that it could set a damaging precedent for the game.

“We strongly condemn Russia’s reprehensible invasion of Ukraine and stand in solidarity with the millions of innocent people affected by the ongoing war,” the statement opens.

Our sport is proud to operate on the fundamental principles of merit and fairness, where players compete as individuals to earn their place in tournaments based on the ATP Rankings.

“We believe that today’s unilateral decision by Wimbledon and the LTA to exclude players from Russia and Belarus from this year’s British grass-court swing is unfair and has the potential to set a damaging precedent for the game.”

The ATP believe that the LTA and Wimbledon are in breach of Tour conditions.

Some sort of action from the ATP is expected with the body set to assess the ban in the coming days.

They believe that Russian and Belarusian players should be allowed to compete under a neutral flag and that their exclusion is contrary to the spirit of the game.

The statement continues: “Discrimination based on nationality also constitutes a violation of our agreement with Wimbledon that states that player entry is based solely on ATP Rankings.

“Any course of action in response to this decision will now be assessed in consultation with our Board and Member councils.

“It is important to stress that players from Russia and Belarus will continue to be allowed to compete at ATP events under a neutral flag, a position that has until now been shared across professional tennis.

“In parallel, we will continue our joint humanitarian support for Ukraine under Tennis Plays for Peace.”

The Cinch Championships at the Queen’s Club is the first of the men’s UK Grass court tournaments getting underway on 13 June.