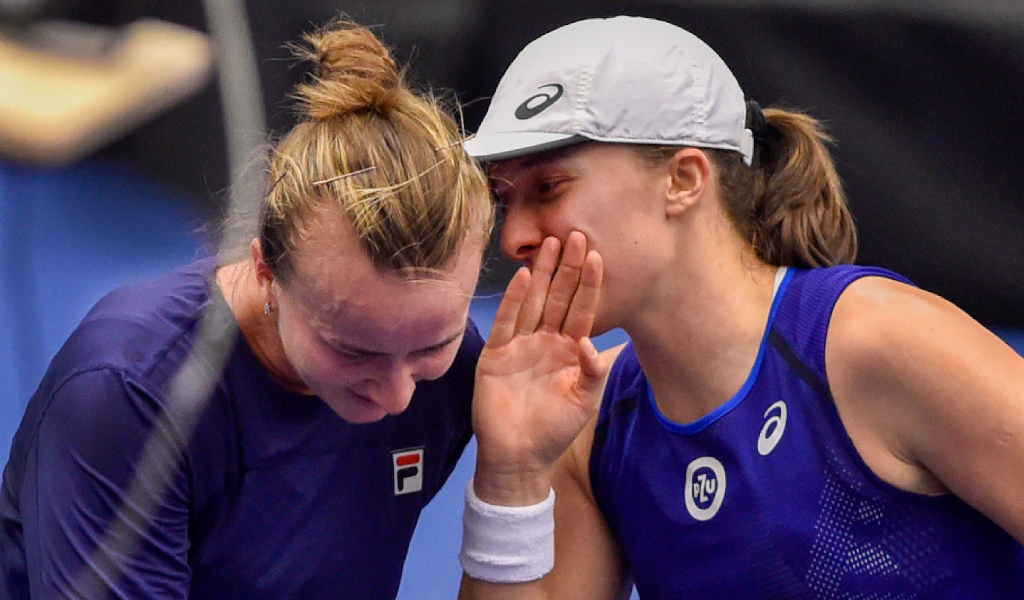 Barbora Krejcikova has become the first player to beat Iga Swiatek in a final in more than three years as she ended the world No 1’s streak with a quite incredible win in the Ostrava Open final.

It “only” took the Czech three hours and 16 minutes in what many believe was the match of the year on the WTA to become the first player to win a final against Swiatek since the Pole lost her one and only previous final at the Ladies Open Lugano in April 2019.

Swiatek started Sunday’s showpiece match in the Czech Republic as the hot favourite as she had won 10 consecutive finals, including seven in 2022.

Despite playing in Krejcikova’s home country, Swiatek had the majority of the support as many Polish fans had made the short journey to Ostrava.

The first set alone took 74 minutes to complete as Krejcikova overturned a 5-1 deficit to draw level at 5-5 only for Swiatek to break for a third time to take the set.

Doing what nobody has been able to do for a long, long time 👏

The Czech, who won last week’s Tallinn Open in Estonia, then broke in the opening game of the second set, but the top seed drew level in game eight only for Krejcikova to dominate the tie-breaker and take it to a decider after another 70-plus minutes set.

The third set took a “mere” 48 minutes to complete as Krejcikova claimed the only break in game eight, although Swiatek did save six match points before the Czech got the job done.

“It was a big match, I think, for both sides,” Krejcikova said, tearing up once or twice during the post-match presentation. “We played amazingly. We gave an amazing show to the fans, so I’m really happy with that and with the way I have performed. It’s always great to be a winner in your home country.

“It’s a huge victory … It’s one of the one of the biggest match that I ever played. The atmosphere was just very energetic and very unbelievable for both sides. It’s really one of the top matches that I think I ever played in my life.”

The 2021 French Open winner also “apologised” to her opponent.

“I’m really sorry for today, but I’m really glad that I beat you!” she joked.

Pledging to donate her prize money to Polish non-profit organizations ahead of #WorldMentalHealthDay tomorrow 🧠@iga_swiatek continuing to be an inspiration on and off the court 💜#OstravaOpen pic.twitter.com/oUc2HAPhZd

But there were a lot more tears from runner-up Swiatek during the presentation and after breaking down several times she congratulated Krejcikova.

“Congrats to Barbora. I should know by now how to make a speech, but I’m sorry,” she said. “You are such an amazing player.

“We didn’t see you a lot this season, but I am happy that you are coming back. You have such solid tennis, it’s pretty amazing. We need players like you on the WTA.”