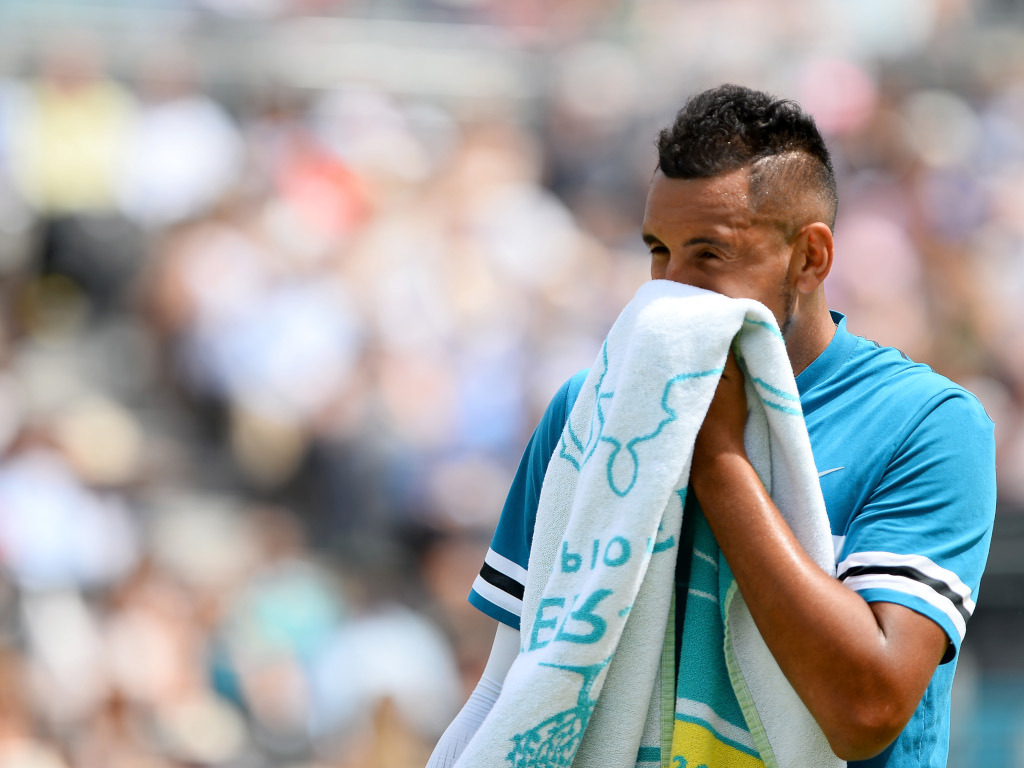 Nick Kyrgios was back making headlines for the wrong reasons at the Fever-Tree Championships on Saturday.

The Australian exited the Queen’s Club event with a two-set defeat to Marin Cilic in the semi-final, but he was caught making an X-rated gesture to his player’s box during one of the changeovers.

The incident was broadcast live on television and enraged some viewers.

After receiving several complaints, the BBC issued an on-air apology.

It was the second time this week that the public broadcaster had to apologise over a Kyrgios incident as the Australian was also heard swearing during his second-round match against Kyle Edmund.