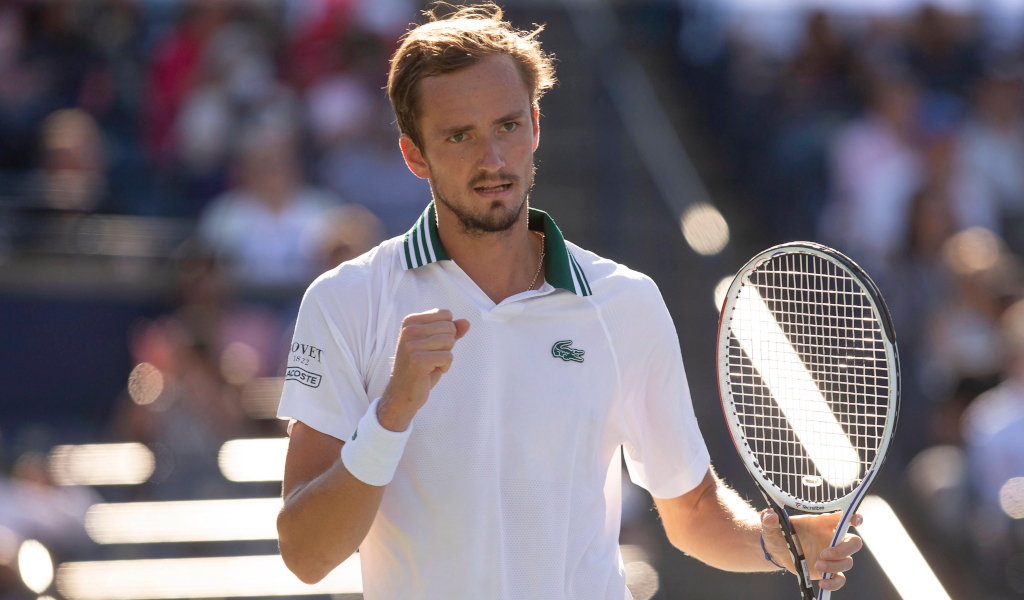 Daniil Medvedev has set his sights on replacing Novak Djokovic at No 1 in the ATP Rankings and if he is unable to “catch up with him this year” then he hopes to achieve his goal at some point “down the road”.

Djokovic has been top of the ATP Rankings since August 2020 and, having won three of the four Grand Slams this year, is odds-on favourite to finish the 2021 campaign in top spot.

Although the Russian is only 1,800 points behind Djokovic, his chances of overtaking the Serbian this year are nigh impossible given the way the ATP Rankings work following tweaks due to the coronavirus pandemic.

However, the dream won’t die should he fail this year.

“Becoming the No 1 in the world is still the goal,” he said. “Though Novak did not play several Masters this year, he won three Slams and was in the final of the fourth, so it is logical that he is still No 1.

“If I’ll catch up with him this year, excellent, but if not I will try to do it down the road.”

Medvedev won his maiden Grand Slam at the US Open when he stunned Djokovic in three sets at Flushing Meadows, but it was just reward for the hard work he has put in as he was beaten in his two previous finals – losing against Rafael Nadal in the 2019 US Open final and against Djokovic at the Australian Open this year.

He added: “My biggest goal is to work and be the best version of myself in every tournament, whether a Slam or a 250 event.”