BEHIND THE SCENES: A day in the life of a journalist at Wimbledon 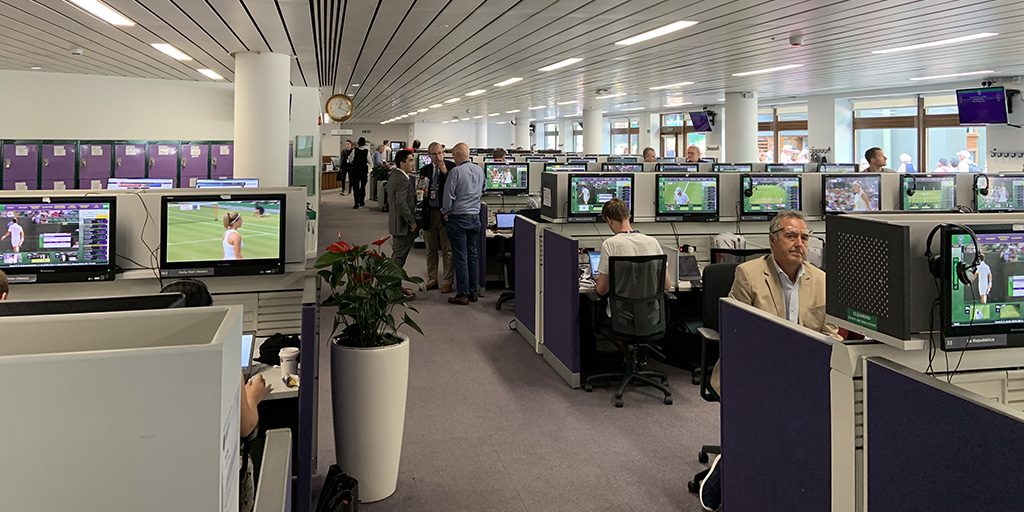 The Championships, Wimbledon have retained their place at the pinnacle of sport for more than century and it is not just the players who appreciate the splendour of everything that surrounds this remarkable event.

For the journalists who are fortunate to cover the greatest tennis event of them all, the two weeks of Wimbledon represent a yearly highlight that never loses its gloss, with all given the purple press pass fully aware that they are in a privileged position as they are granted access to every court around the grounds and so much more.

As you walk past the famous Wimbledon queue each morning  and bleep through the gates at the All England Club, you quickly appreciate that this is a job that comes with some of the greatest perks imaginable for any sports lover.

A good place to start the working days is at the practice courts at Aorangi Park, perched at the end of the complex nearest to Southfields tube station.

Always a wonderful spot to watch the best players in the world practicing and mingling with their coaching staff  and friends, this is where you see the game’s biggest names in an environment that is generally shielded from the cameras.

The paying public can queue to watch their favourite players at Aorangi Park and if your ticket does not get you on to one of the main show courts, it is a chance to catch a glimpse of Roger Federer, Rafael Nadal and Serena Williams in a relaxed environment.

With three floors dedicated to the media next to Court 14, the Media Centre is the hub for all journalists working at The Championships.

With each desk equipped with its own touchscreen TV that allows you to follow the action from all courts while at work, drinks machines are available for free refreshments throughout the fortnight and the interview room is positions adjacent to the bottom floor of the press room.

Th press balcony is a great place to see the star names conducting their television interviews after a victory, with the broadcast section of the media centre positioned in the building next to the written press room.

A recently added addition to the Wimbledon facilities is the magnificent restaurant that has been built under Court 14 and 15.

Offering freshly made pasta, pizza, sandwiches and hot meals all day, all media are given a food allowance each day that means they don’t need to pay for the delights on offer.

This restaurant is a hotbed for networking in the tennis media, with friendships forged from a close knit team of reporters who travel the world together on the tennis tour.

We often see the clips of interviews with a familiar Wimbledon backdrop behind players, with players often conducting interviews in more than one languages, with Federer, Djokovic and Nadal always conducting press conferences in two languages.

After their duties with the written media are complete, players will often conduct radio and television interviews for networks around the world, with their media duties after each match taking well over an hour on each occasion.

Press conferences are transcribed for the media and all comments are distributed swiftly in written form or via the Wimbledon media website that has interviews available in a digital format. 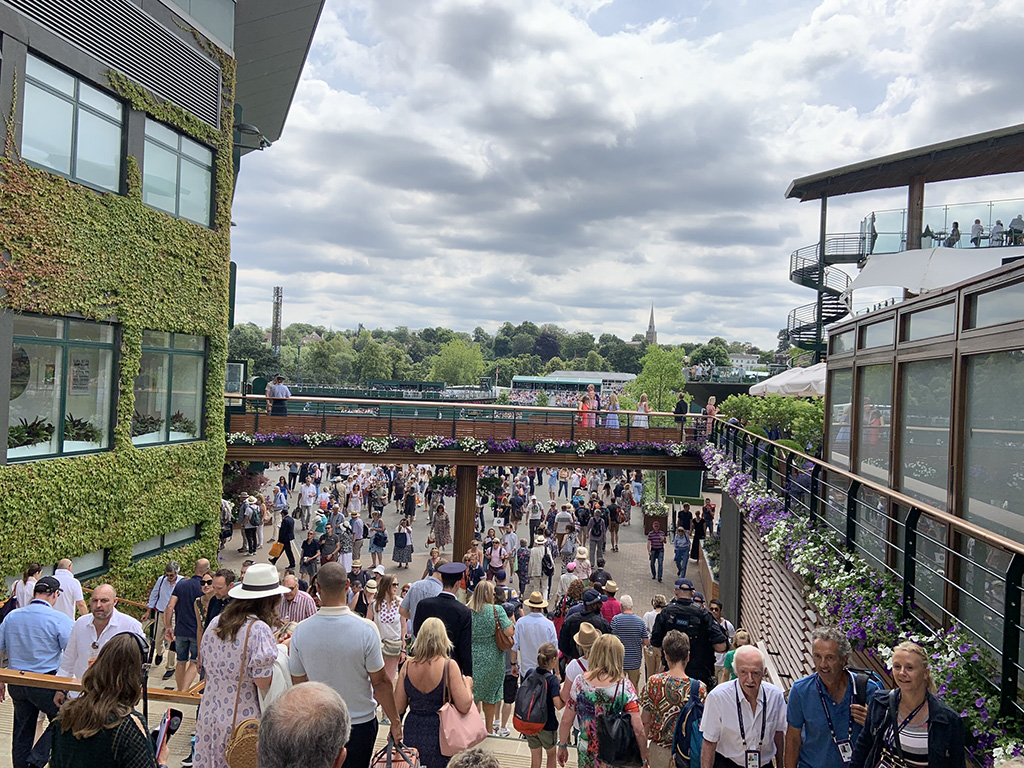 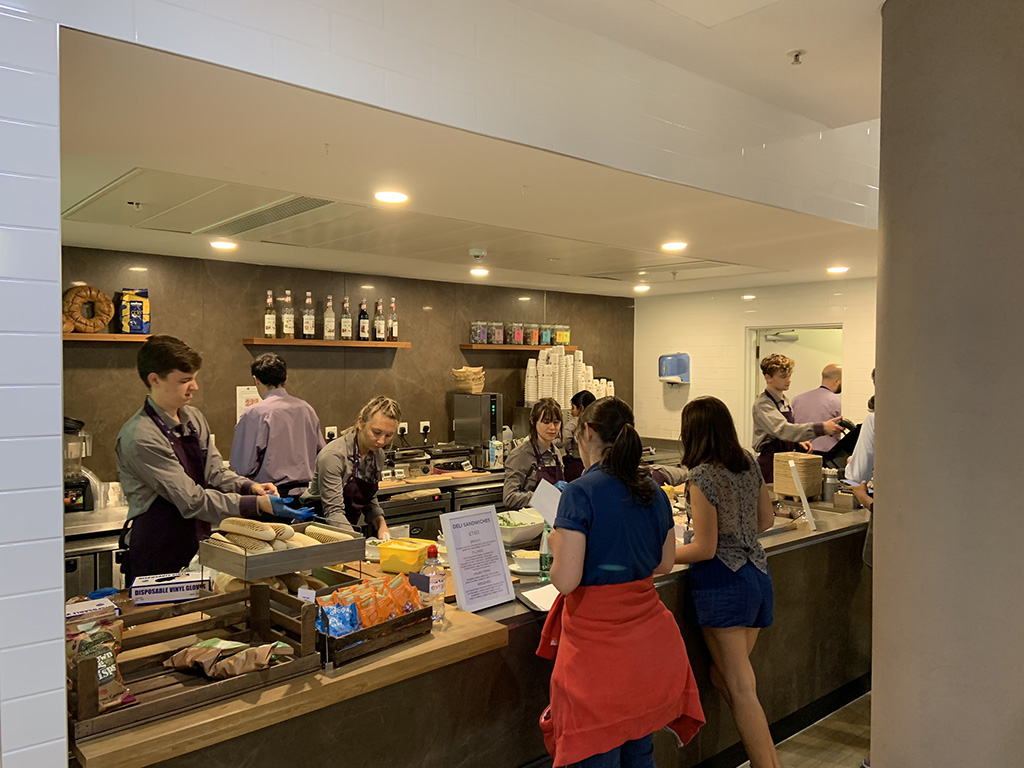 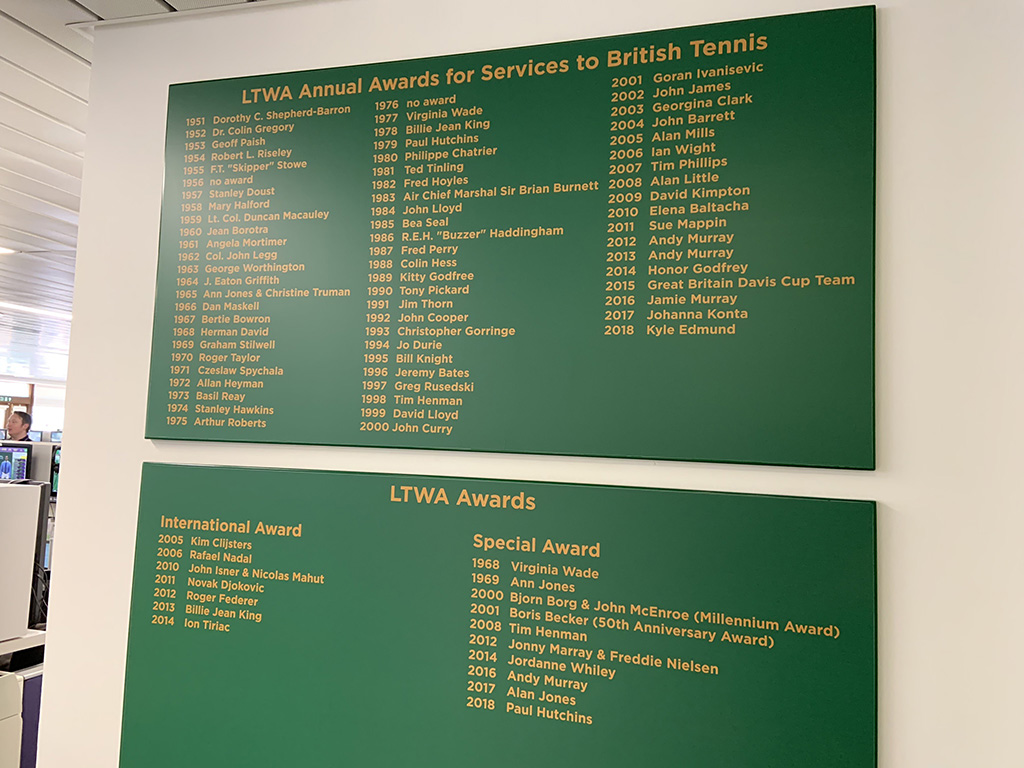 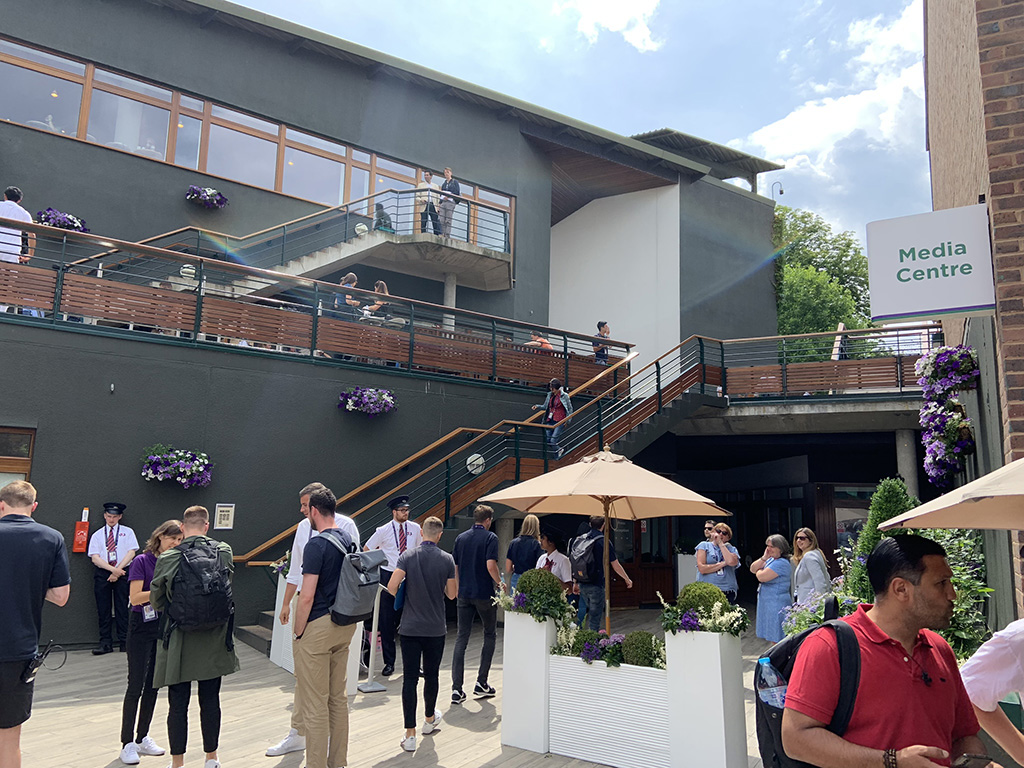 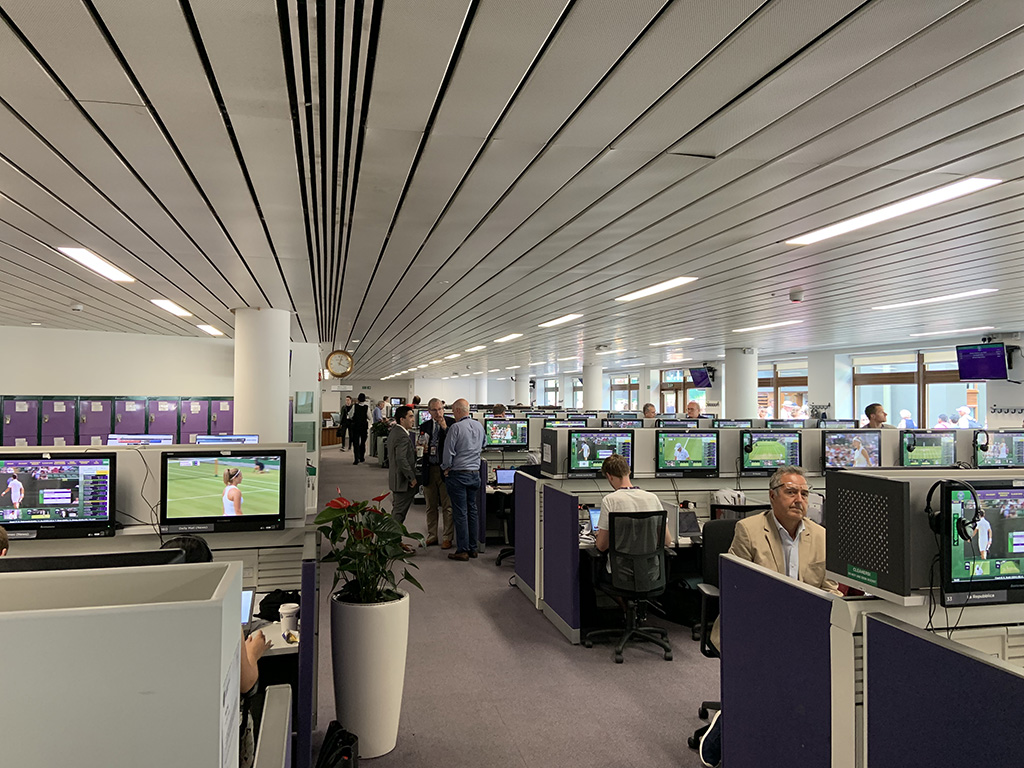 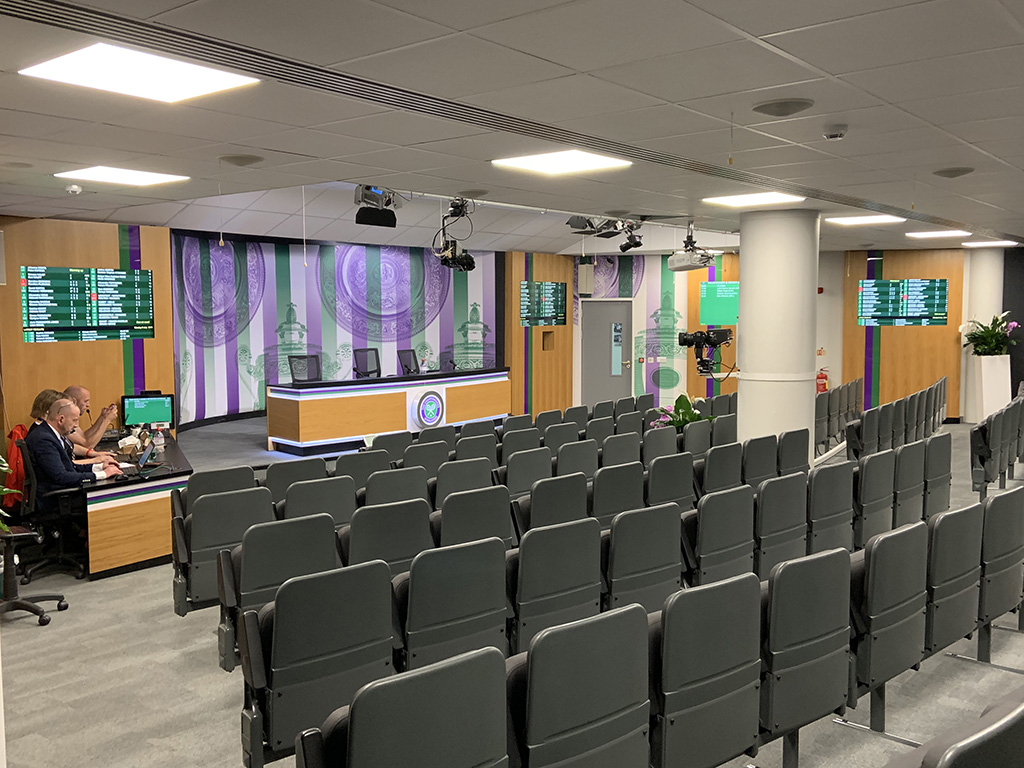 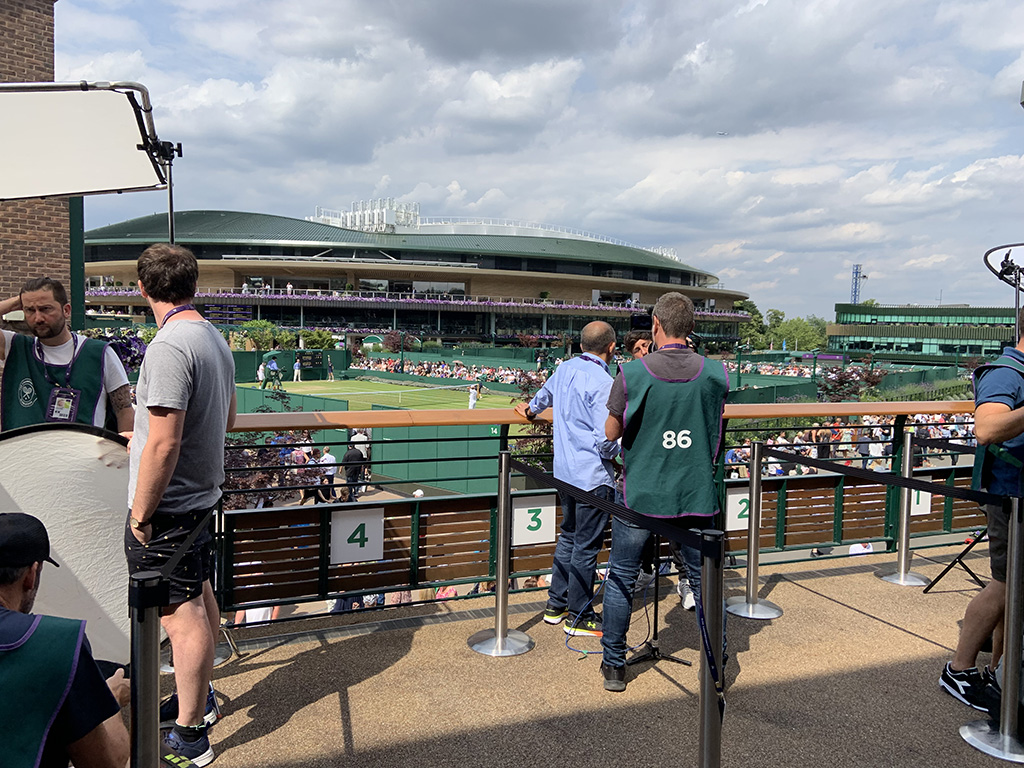 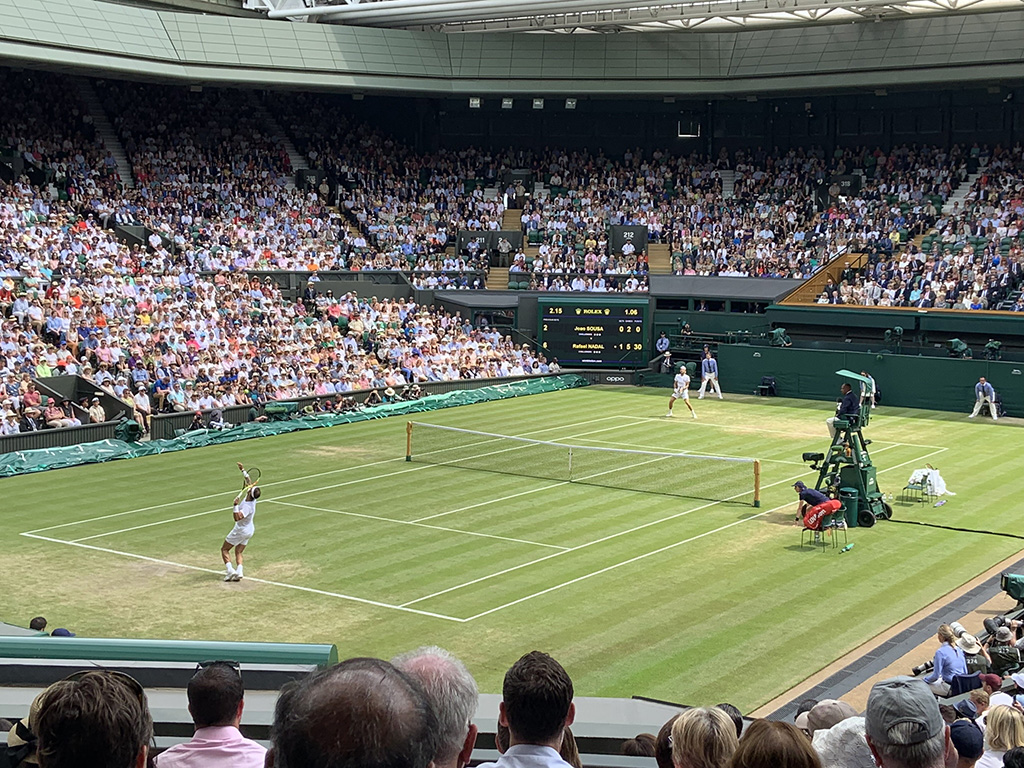