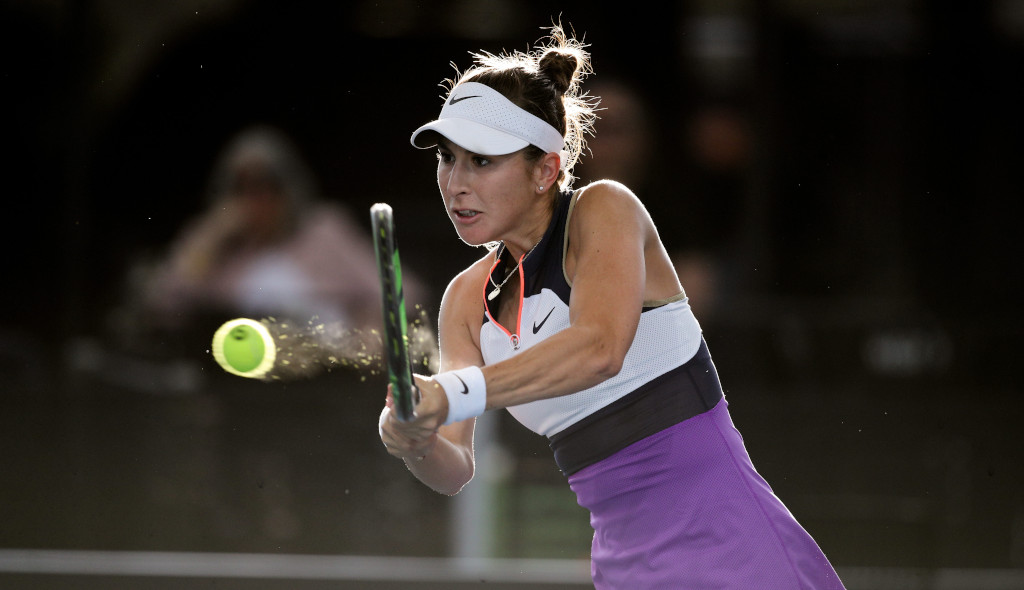 Belinda Bencic is convinced that the “clear-headed” Dmitry Tursunov’s way of coaching will take her tennis to the next level.

The Bencic-Tursunov partnership got off to a perfect start on Monday as the Swiss defeated Leylah Fernandez in the first round of the Guadalajara Open.

Just over a week ago Tursunov was still part of Emma Raducanu’s coaching set-up after they started working together on a trial basis in July, but the Russian then decided to leave to work with another player.

That player turned out to be reigning Olympic champion Bencic and the 25-year-old knows it will take time for them to gel, but believes he is the man to help her improve her game.

“It’s definitely challenging for me because it’s different and it’s new and it’s something to improve,” she told WTA Insider. “So I’m out of my comfort zone and it’s exactly what I want.”

The Swiss added: “I strongly believe that he’s a very good coach and he can improve me, my game and the mental part. I’m super happy that he decided to work with me. I want to make it great and want to improve exactly this part that we were just talking about.”

Tursunov has worked with the likes of Aryna Sabalenka and Anett Kontaveit in the past and under his mentorship they both went on to reach career-highs.

Bencic was impressed with his success and decided to make the move and it won’t be a short-term appointment as she has big plans for 2023.

“I saw the partnerships he had with other players and he had great success. His way of coaching is a way that can help me. I strongly believe it can be good. Also with the talks and on the court it has to click. I think it’s early for that, but I’m absolutely sure that it’s going to work out well and I’m going to try and do everything for it.”

Bencic has won six WTA Tour singles titles and reached a career-high No 4 in the rankings in 2020, but she is currently No 14 and will no doubt eye a return to the top 10.

On the Russian’s qualities as she coach, she added: “I think he’s very clear-headed and tries to mentally get you to see things differently than you see now.

“He’s very honest and tough in things, but that’s precisely what I need. I don’t need someone to talk about everything but the point. I can see this can be the thing that I need to have a different perspective.”