Belinda Bencic on teaming up with Roger Federer at Tokyo Games: ‘I’m ready, it’s just up to Roger now’ 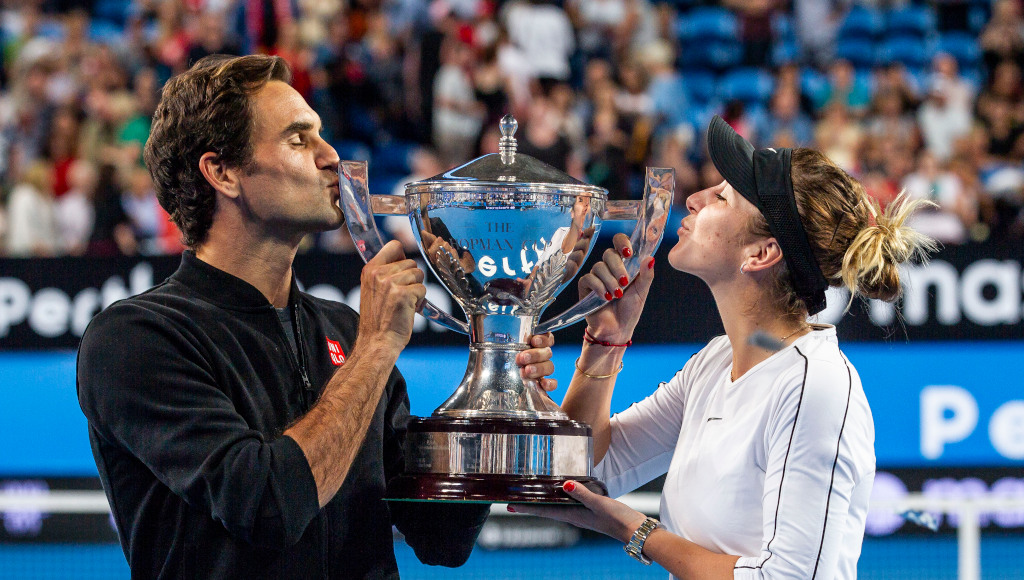 The Olympic Games is “one of her big goals” and Belinda Bencic is dreaming of competing in the singles and mixed doubles with Roger Federer hopefully her partner in the latter event.

While the 23-year-old Bencic is hoping to make her Olympic debut in Tokyo next year, 20-time Grand Slam winner Federer is eyeing a fourth appearance at the Games.

The Swiss pair, though, has experience of competing in the mixed doubles as they won back-to-back Hopman Cup titles in 2018 and 2019.

Bencic admits she is keen to team up with Federer, who is currently recovering from knee surgery, at the Tokyo Games.

“Nothing has been decided yet, everything is still very far away for me, but in addition to the Grand Slam tournaments, the Olympic Games remains one of my big goals – in singles and maybe also in mixed.

“If we stay healthy, I would like to compete with Roger.”

Asked if the hype around her would be a little easier if Federer was to compete, she replied: “That would be convenient for me. Roger is so easy-going, always has everything under control, something I saw first-hand at the Hopman Cup. He always manages to greet everyone.

“I’m overwhelmed when two people want something from me at the same time. But Roger must have learned to deal with it first. At 23 he probably couldn’t do that. I couldn’t live like him.”