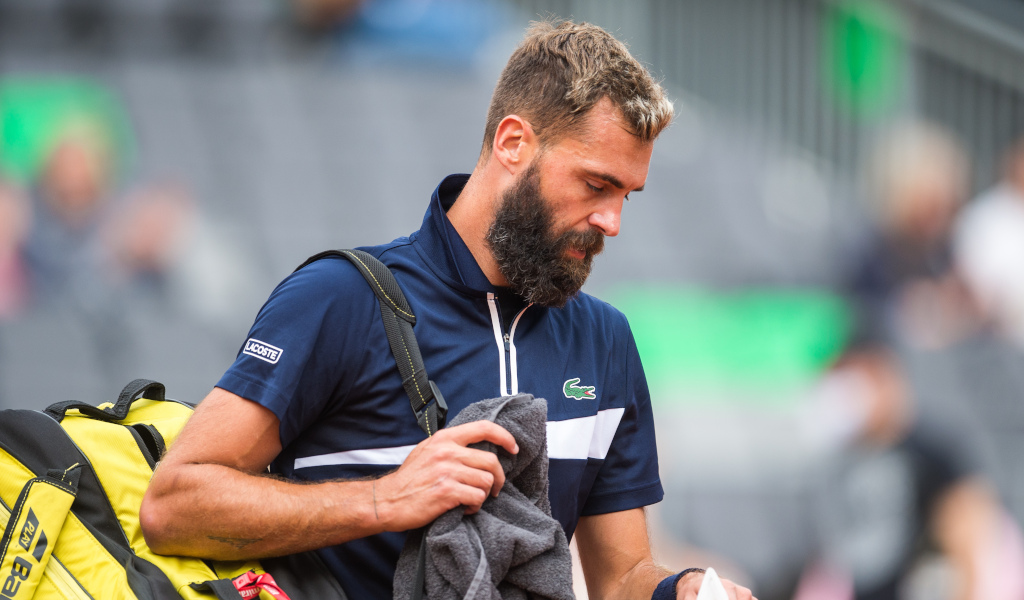 Benoit Paire won’t represent France at the Tokyo Olympics after the country’s tennis federation barred him from the Games as they deemed his behaviour “totally incompatible with the Olympic spirit”.

The world No 35’s conduct and comments have raised a lot of eyebrows in recent weeks as he has lost nine out of 10 singles matches so far this season.

In the process he has made no secret of the fact that he is not a fan of the bubble life on the Tour, saying the “circuit has become rotten”.

Paire was also involved in a verbal altercation with officials at the Argentina Open in March over a controversial ruling. He ended up spitting on a mark and after losing tweeted “it’s worth it to suck”.

After looking at his conduct, the French Tennis Federation (FFT) has ruled that he is not eligible for the Tokyo Games.

The FFT statement did add that Paire apologised after a meeting with president Gilles Moretton.

“His deeply inappropriate behaviour since the start of the year seriously undermines the values of sport, the image of tennis and is totally incompatible with the Olympic spirit,” Moretton said.

“It is the duty of each player and each high-level player to respect the values of our sport and it is up to them to be exemplary on the court as well as off, especially vis-a-vis the young people of our country.”