Bianca Andreescu ‘wanted to quit tennis’, but determined ‘to do something bigger in the sport’ 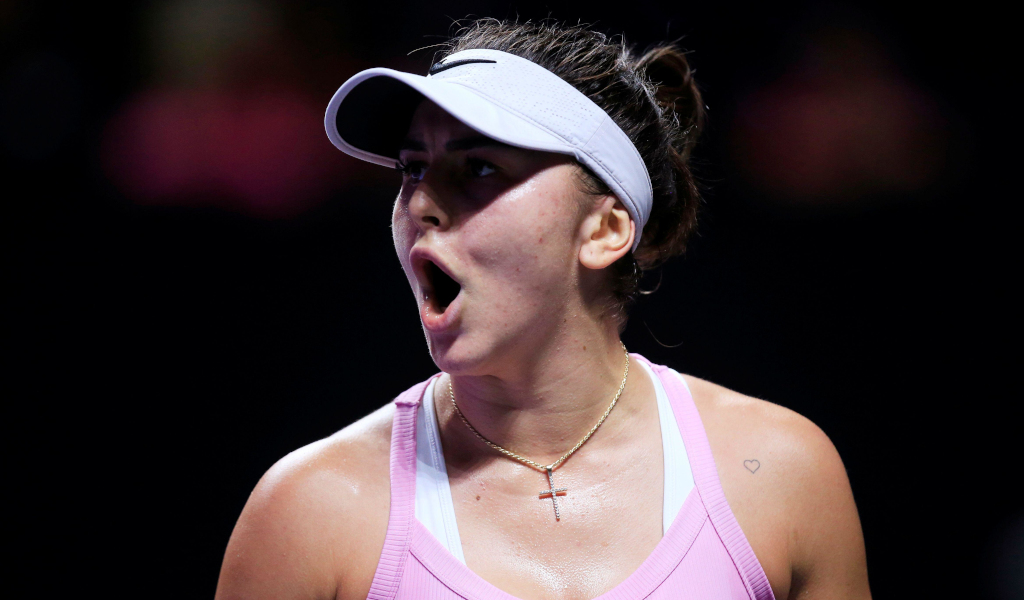 She came close to walking away from tennis, but Bianca Andreescu is feeling refreshed and now hopes to help make the world a better place through the sport.

Andreescu burst onto the scene in 2019, winning the US Open with a stunning 6–3, 7–5 upset win over Serena Williams. Her success at Flushing Meadows came on the back of winning the Indian Wells Open and Canadian Open and she climbed to a career-high of No 4 in the WTA Rankings.

However, she struggled with injury during the final few weeks of 2019 and her woes continued in 2020 as she played only a handful of matches and was unable to defend her US Open crown.

Although she competed in 13 tournaments in 2021 and reached the Miami Open final, she still was far from motivated and opted to take a break after the US Open.

The 21-year-old finally made her comeback at the Indian Wells Open in March, but says the time away from the sport did her well.

“I’m being really honest here, but I actually wanted to quit the sport,” the Canadian told WTA Insider. “It was really bad. I am privileged in a way for having this opportunity and doing all of this. Now I’m very grateful, more than ever. So I don’t want people to think, ‘Oh you’re a little baby, just suck it up.’ But it was an accumulation of two-and-a-half years. A lot had happened and I just didn’t want to deal with anything anymore.

“So I realised that I really do love the sport and I do want to continue, but not just to win Grand Slams, or to do this and that. I want to do something bigger in the sport and I want to help contribute to a better world as well. I realise that tennis is my way toward that.”

Bianca Andreescu 🇨🇦 warming up for practice in Stuttgart @PorscheTennis

Her and coach @sventennis getting things tuned and ready for her return.

She added: “It definitely wasn’t an easy decision, but I told myself, ‘Look, I’ve been feeling a certain way for a while now.

A month off isn’t going to cut it.’ I spoke to a couple of people that were close to me about it and some professionals as well. It was a collective decision, but at the end of the day, it was my final decision, obviously. But I think it really helped a lot. It really did.”

“I’m very excited to play again. The last couple of months have been quite difficult but, as cliche as it sounds, I feel like I found myself.

Andreescu will be in action at the Porsche Grand Prix in Stuttgart this week and she is happy to be back again.

“I feel like most press conferences of mine are kind of like ‘oh, I’m so happy to be back again’. It (her schedule) hasn’t been quite consistent. But that’s life and that’s been my life for the past couple of years,” she said.

“But I’m very, very excited to play again. The last couple of months have been quite difficult. But I feel like as cliche as that sounds, I feel like I’ve found myself and I really developed a stronger passion for this game and I realised I truly loved the sport.”