The Nitto ATP Finals get underway on Sunday with eight men vying to be crowned the 2019 champion at The O2 in London.

World number one Rafael Nadal has been drawn in Group Andre Agassi alongside Daniil Medvedev, Stefanos Tsitsipas and Alexander Zverev.

Novak Djokovic and Roger Federer are the standout names in Group Bjorn Borg, with Dominic Thiem and Matteo Berrettini completing the line-up. Read on as we preview the 2019 Nitto ATP Finals.

At odds of around 11/2 to win the tournament, Nadal looks one of the most solid tennis betting tips of the season.

The Spaniard has won 51 of his 57 matches this term and boasts dominating career records against each of his three group opponents.

Only Tsitsipas has ever recorded a victory over Nadal, and the 33-year-old is strongly fancied to finish top of the group.

Nadal heads into the ATP Finals with a 640-point advantage over Djokovic in the race to be the year-end world number one, but the Serbian could still topple him.

Players earn 200 points for every group match they win, a semi-final victory is worth 400 points and a final win is worth 500 points.

Djokovic a man on a mission

Djokovic has won the ATP Finals five times, putting him second on the all-time list alongside Ivan Lendl and Pete Sampras.

He is the favourite to win the tournament, although he is unlikely to have things all his own way with Federer in the same group.

The Swiss star has lifted the trophy on six previous occasions and has won a record 57 matches at the end of season showdown.

However, Djokovic has won their last five meetings including an epic five set victory at Wimbledon during the summer.

With the prospect of still finishing the year as world number one, Djokovic is expected to prove difficult to beat next week. 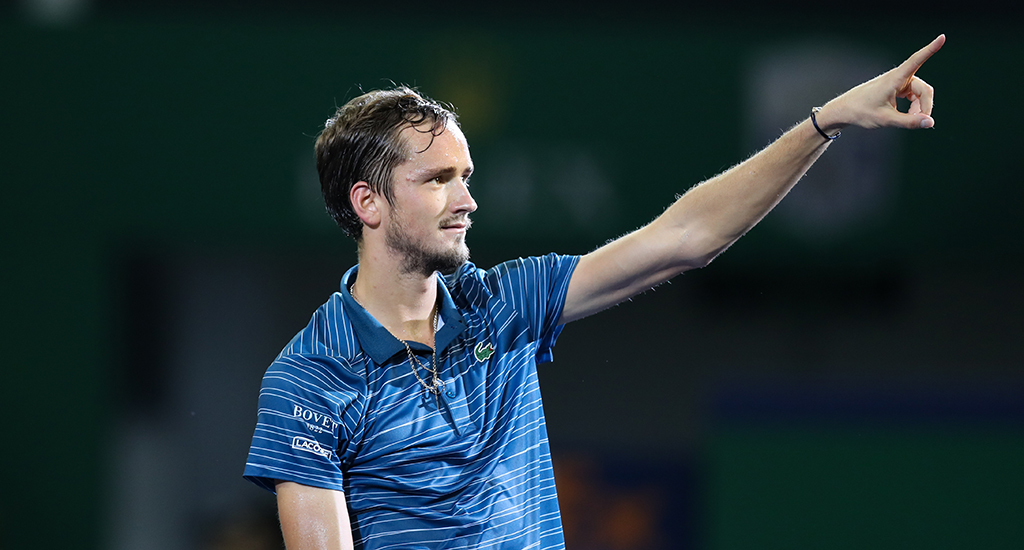 Medvedev, Tsitsipas and Berrettini are all making their ATP Finals debuts and will undoubtedly be eager to make their mark at The O2.

The trio have enjoyed impressive seasons, with each climbing into the world’s top eight in the rankings since the start of the year.

Medvedev in particular will fancy his chances of causing an upset in London, having given Djokovic a major fright in the final of the US Open during September.

He recovered from two sets down to tie the match at 2-2, before Djokovic finally edged home in the final set.

Medvedev has already won four ATP titles this season and it would be no surprise to see him emerge as the biggest threat to the big guns in London.