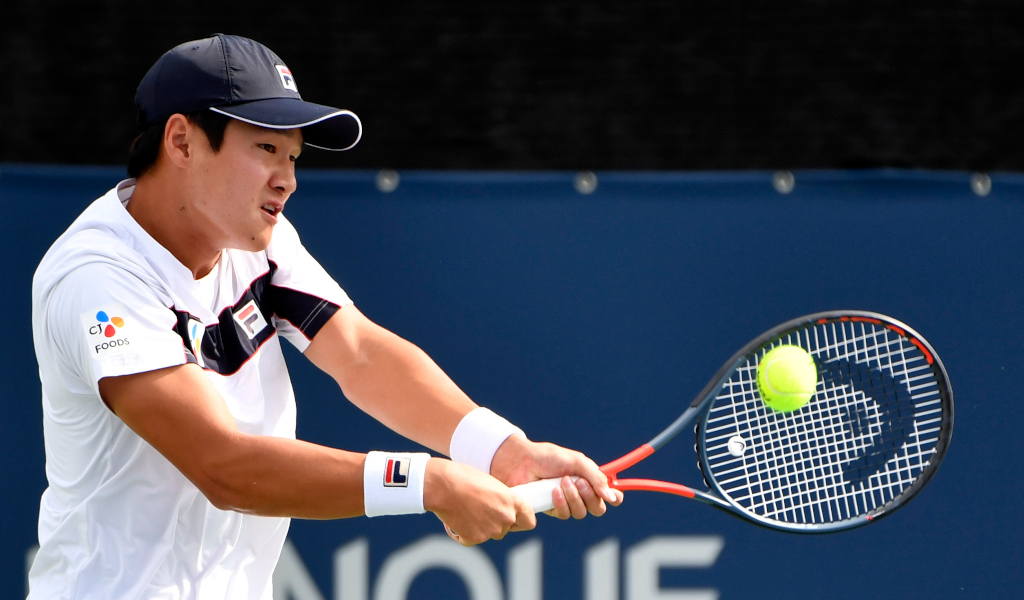 Second seed Milos Raonic served 33 aces, but still came up short in his New York Open second-round clash as he was stunned in three sets by Soonwoo Kwon.

The only break of serve in the match that lasted two hours and 25 minutes came in game three of the deciding set as the South Korean edged ahead.

“I’m really happy to win a tough match against Raonic,” world No 84 Kwon said after securing the biggest win of his career. “He played well. It was a great match today.”

He will face either eighth-seeded Brit Kyle Edmund or Dominik Koepfer from Germany in the last eight.

Fourth seed Ugo Humbert had an easy day at the office as he dropped only one game en route to a 6-1, 6-0 drubbing of American Marcos Giron.

“I’m very happy about my performance today,” the Frenchman, who will face sixth seed Miomir Kecmanovic next, said. “I’m satisfied to not spend too much time on the court.”