Boris Becker enjoyed a rapid rise to sporting superstar status when he won Wimbledon as a 17-year-old in 1985 and now he has given his advice to Emma Raducanu as she attempts to build on a similar star to her career.

Raducanu has struggled to shine in her first two WTA Tour events following her remarkable US Open win at Flushing Meadows, with her search for a new coach just one of the side stories the 18-year-old is trying to resolve.

Speaking to Eurosport, Becker has suggested Raducanu will struggle to maintain the level of brilliance she produced at the US Open, as he argued realistic expectations need to be set for the British No.1. 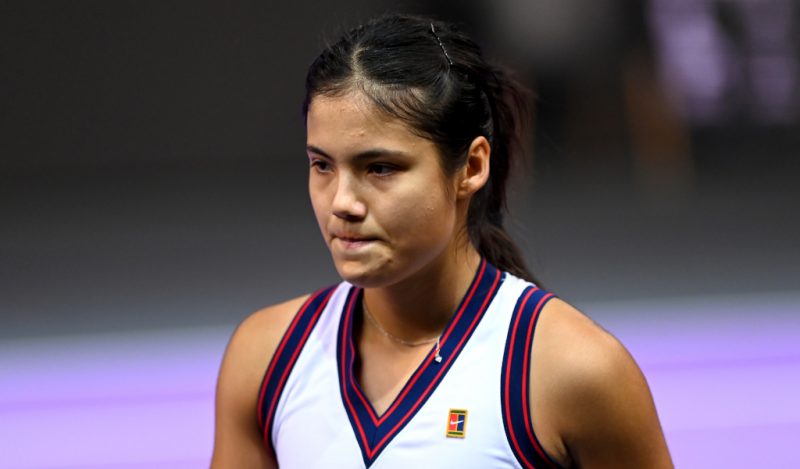 Becker is still the youngest player to win a Grand Slam title and he admits the pressure Raducanu is dealing with is tough to manage.

“I have had some experience there, so I can fully understand Raducanu’s stomach-ache,” said Becker.

“For me, this is the next step that she needs to achieve consistency in her performance.

“In May she graduated from high school, the US Open was her second Grand Slam tournament, then she became the winner – that is an incredible achievement.

“She is looking for a new coach, she is dealing with a lot of expectations, so we all to say give her time and she will find her way.”

Meanwhile, Raducanu has vowed to ‘brush off’ her comprehensive defeat to Marta Kostyuk in the quarter-finals of the Transylvania Open on Friday.

US Open champion Raducanu, who had won her first two matches on the WTA Tour to reach the last eight in Cluj, was beaten 6-2 6-1 by Ukraine’s Kostyuk, the sixth seed.

Third seed Raducanu lost her opening service game from 40-15 up and was broken five times in total as Kostyuk powered into the semi-finals in just 57 minutes.

“It was a tough match for me,” Raducanu said. “I thought Marta did well to stay focused and she’s a great athlete so I knew it was going to be a tough match.

“I wasn’t physically feeling 100 per cent, I was quite tired and lethargic today but all credit to Marta. I knew from practice that I was tired, I just couldn’t get it going.

“It’s disappointing that you have these days, it’s not a nice feeling to have. I just need to move on from it and brush it off and then I’ll be back in another tournament soon.”