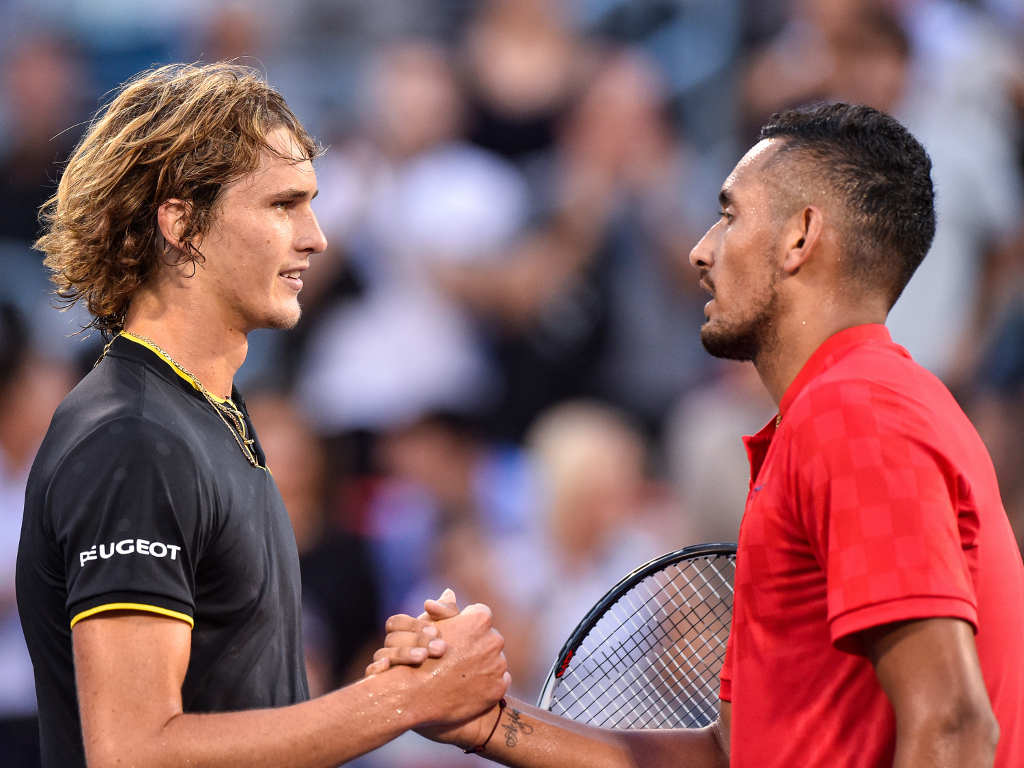 Tennis legend Boris Becker is the latest to tip Nick Kyrgios and Alexander Zverev to become the best in the business.

Many believe the duo, along with Grigor Dimitrov, Dominic Thiem and Australian Open semi-finalist Hyeon Chung represent the future of men’s tennis.

Zverev is the reigning world No 5 while Kyrgios is a career-high 14th after reaching the fourth round at Melbourne Park last week, but Becker feels they should be given a bit more time to improve their game.

“I know what these guys are going through. It’s not always easy – it’s easier from the outside,” he told The Courier-Mail.

“Nick and Sasha [Zverev] are two of the best ones we’ve had. We have to give them some more room to breathe and develop.

“We loved watching Roger win, but it won’t last forever. The future is what we see here. They are different characters and I’d include Chung in that list. We just need to give them more time.

“Sasha has to get used to the fact he’s one of the best players in the world now and expectations are always sky high. Unless you reach a final, people call it a bad tournament, which is not true.”

Zverev only made it until the third round of the Australian Open as he went down in five sets against Chung and Becker, who is overseeing Germany’s Davis Cup tie against Australia this week, feels the defeat “wasn’t so bad” in the end as the Korean went on to reach the semi-finals.

“Sacha is only 20 years young. I’m happy he’s committed for Davis Cup because they have so many other options,” the German added.

“He lost to Chung, who turned out to a giant-killer. In retrospect the loss wasn’t so bad.”