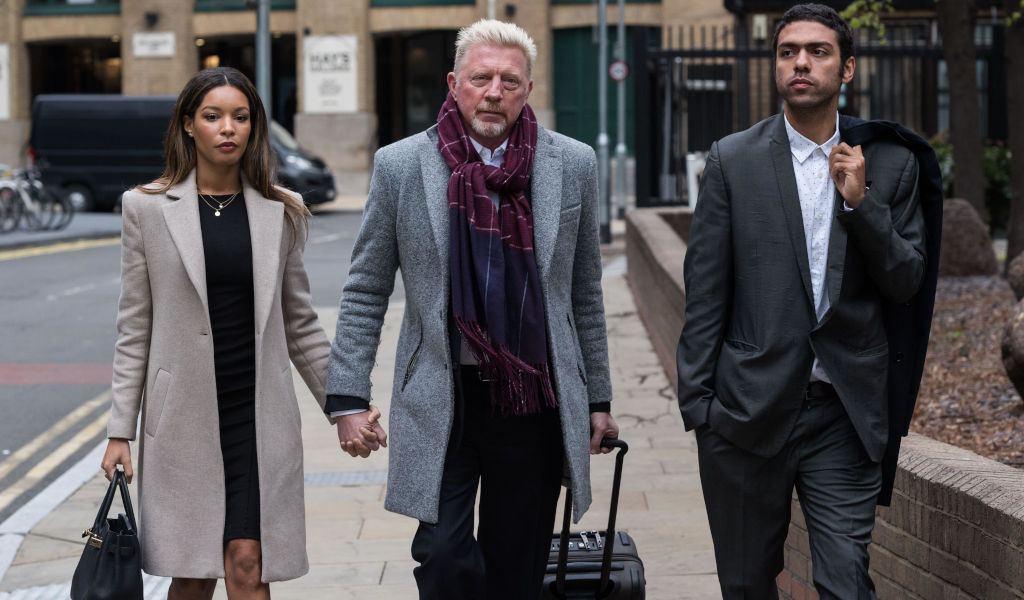 Former World No 1 Boris Becker has been found guilty of four charges under the Insolvency Act in his bankruptcy trial at Southwark Crown Court.

Becker was acquitted of a further 20 charges but was found to have been hiding millions of pounds worth of assets, to avoid paying debts.

Among the assets, he was accused of withholding were two of his Wimbledon trophies.

He was exonerated of nine counts of failing to hand over trophies and medals from his tennis career.

Becker had been declared bankrupt in June 2017 over unpaid loans to the tune of more than £5 million, with his estate in Mallorca down as collateral.

The three-time Wimbledon champion claims to have acted under expert advice when he sought to secure his assets following the bankruptcy ruling.

Becker took up residency in the UK in 2012, ten years after he was found guilty of tax evasion in Munich.

The Munich District Court had found that Becker fudged his residency between 1991 and 1993 to avoid footing a 3.3 million Deutsche Mark tax bill.

Becker’s bankruptcy trial and subsequent scandals have sullied the image of the ITF Hall of Fame member.

During the earlier trial, Becker’s lawyers would argue that he had diplomatic immunity owing to an appointment as the Central African Republic’s Attaché for Sports/Humanitarian/Cultural Affairs in the European Union.

However, it transpired that no such position exists with CAR’s Foreign Minister, countering that Becker was “not an official diplomat for the Central African Republic”.

Legal counsel Jonathan Laidlaw QC, said at the time of his client’s bankruptcy Becker was overly “trusting and reliant” upon his advisers.

“You must treat him in exactly the same way you would treat someone you have not heard of and is not in the public eye,” she said.

Becker, who resides in Wimbledon, has been flanked by partner Lilian de Carvalho Monteiro throughout the trial. He was bailed ahead of sentencing at the same court on April 29.