Boris Becker: Nick Kyrgios running out of time to fulfil his potential 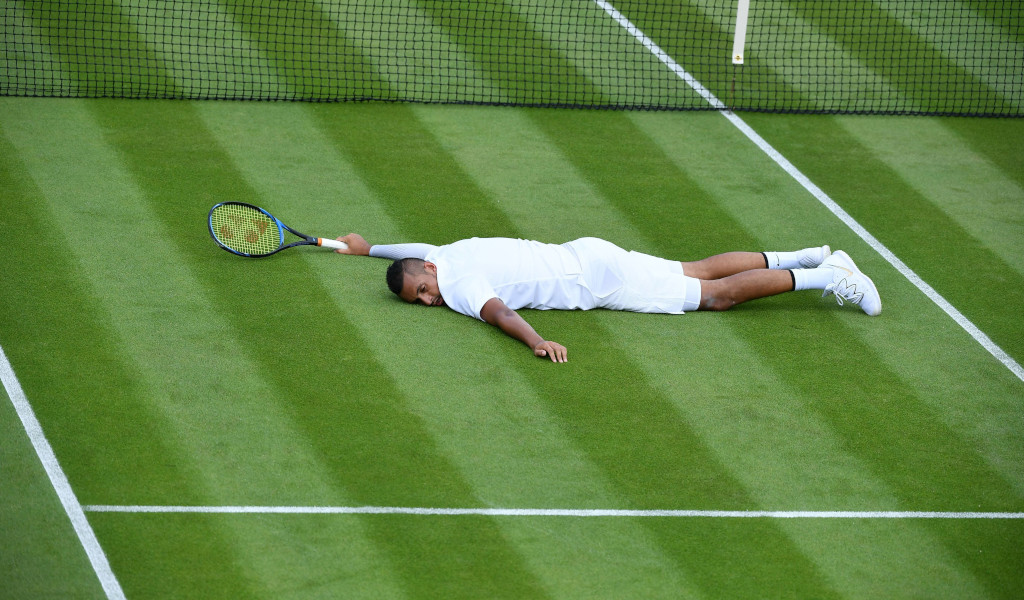 Boris Becker has warned Nick Kyrgios that if he does not cut out the bad habits “in the next 12 months then it is never going to happen for him”.

Kyrgios has once again entertained fans with his on and off court antics at the All England Club, but the record books will read that he exited Wimbledon in the second round.

His clash against Rafael Nadal was the highlight in the men’s singles in the first week at SW19, but while he went toe-to-toe with the 18-time Grand Slam champion, he came up well short.

Becker believes Kyrgios only has another year to get his act together.

“I am in the camp that wants to see Nick Kyrgios do well and fulfil his enormous potential — I love so much of what he brings to tennis,” he wrote in his Daily Mail column. “But to me he is at a crossroads, and the situation is getting urgent. I would go so far as to say that if he does not turn himself around in the next 12 months then it is never going to happen for him.

“It worries me that he does not seem in a great hurry to change some of his bad habits. It is an individual sport and his lifestyle is down to him.

“I actually like him, and I am really not that bothered if, within reason, he has an evening at the Dog and Fox before his match. He is not the first Aussie to adopt this approach. But really, does he want to be a top player with ideal preparation, or does he want to cruise along on his talent? Only he can answer this, and I hope it is the former.”

Becker also raised questions about the role, or lack of it, that Ivan Lendl played in Alexander Zverev’s Wimbledon preparations.

Zverev, tipped by many at the start of the year to break the Grand Slam dominance of the Roger Federer, Rafael Nadal and Novak Djokovic in the majors, crashed out in the first rounds. His fellow Next Gen stars Stefanos Tsitsipas and Denis Shapovalov also made early exits.

“Stefanos Tsitsipas, Denis Shapovalov and Alex Zverev have ended up falling short of the hopes we had for them,” the German wrote. “I am actually going to leave sixth seed Tsitsipas out of it, because he made it to the semis of the Australian Open and, as I mentioned before the tournament, I still think he has a lot to learn about moving on grass.

“But there is something missing among them as a group, maybe mentorship and mentality. I have a lot of time for Zverev who I know through my work in German tennis, and he has been doing some work with Ivan Lendl.

“But it did not help that Ivan was not around for the two months before this tournament. You either have your mentor around or you don’t. I do think it is important to surround yourself with people who know what it takes to win a major championship but it needs to be done properly.”