Boris Becker trial gallery: How the case unfolded in pictures 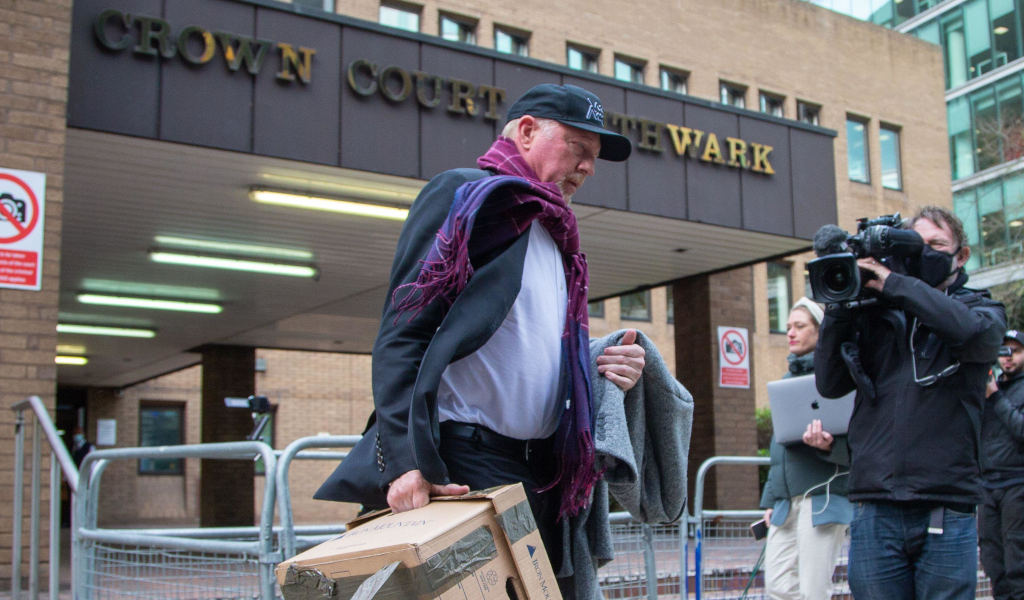 Boris Becker has been found guilty of hiding assets among four charges upheld by a jury in the Southwark Crown Court on Friday 8 April 2022.

The trial has proven something of a spectacle.

Becker has been supported by his partner and son throughout the trial.

The judgement represents a significant fall from grace for the former tennis star.

It is not Becker’s first brush with the law though.

Becker was found guilty of tax evasion by a Munich court in 2002 over charges of fudged residency.

Becker was exonerated on an additional 20 charges brought against him under the Insolvency Act relating to his 2017 bankruptcy.

It was ruled that Becker took measures to obscure his assets ahead of a planned auction to cover the cost of his insolvency.

Becker is said to have concealed trophies including two pieces of silverware picked up at Wimbledon.

The former World No 1 now lives in Wimbledon, just a stone’s throw from the famous venue where some of his finest moments played out.

Becker has cut a resigned figure as he attended the trial under the watchful eye of the media.

The German could be slapped with jail time but has been bailed pending sentencing later this month.