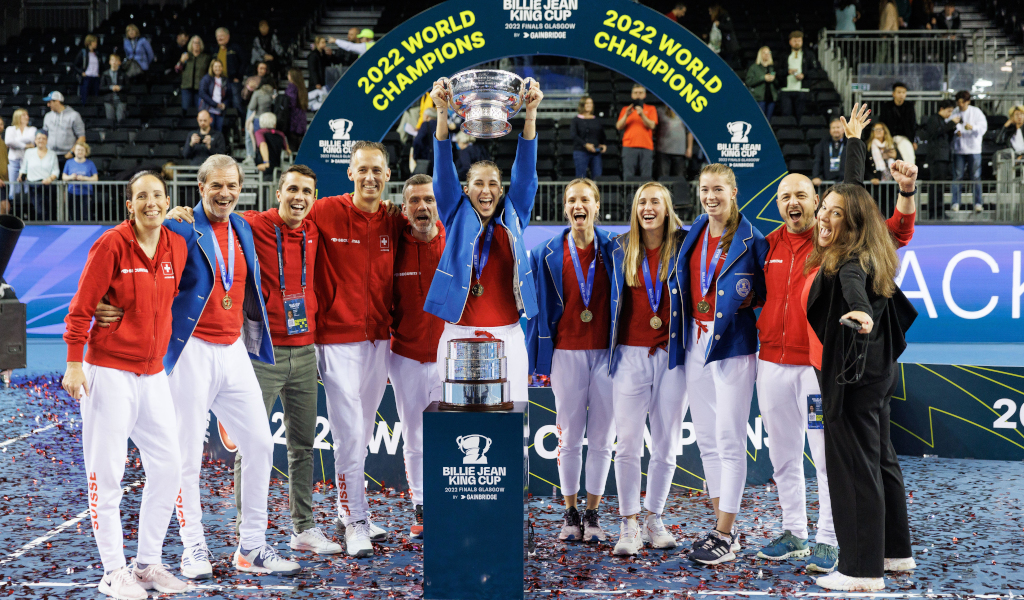 Switzerland went from beaten finalists in 2021 to Billie Jean King Cup champions in 2022 with a brilliant win over Australia in the final in Glasgow.

Belinda Bencic remained unbeaten in the Scottish city as she saw off Australia’s Ajla Tomljanovic in straight sets to spark wild celebrations for the Swiss team as they bounced back from their defeat to Russian in Prague last year to capture their maiden title.

World No 12 Bencic started the match against Tomljanovic having not dropped a set all week and she continued that run as she clinched a 6-2, 6-1 to victory.

“It’s extremely sweet,” captain Heinz Guenthardt said. “Maybe it’s even sweeter after last year. I don’t know… You obviously can’t compare. We have been working for this a long time. Not just this week. Used to call it the Fed Express, trying to get to the end station, which is the [former event] title.

“[We] always stopped at the semi-final location or before, unfortunately, or last year in the finals. That one more was very difficult to come by, and when things are really difficult and you finally conquer it, it’s super sweet.”

Bencic, who broke three times in both sets on Sunday, has now won silverware for her country in consecutive years as she captured gold in the singles at the Tokyo Olympics last year.

“What happened last year gave us extra motivation,” she said after the match. “We were so heartbroken, I don’t think I have ever cried so much.

The Swiss defeated Italy 3-0 in the Group A opening match before scoring a 2-1 win over Canada in the second rubber to reach the semi-finals.

They upset Billie Jean King Cup powerhouse the Czech Republic 2-0 in the last four with Bencic and Viktorija Golubic picking up the wins.

And on Sunday they completed the job by defeating seven-time winners Australia 2-0 to become the 12th different champions of the Billie Jean King Cup.

“I’m extremely proud of my team,” Australia captain Alicia Molik said. “It was a phenomenal effort all week from the Aussies. We gave it everything. But credit to the Swiss team – it was flawless tennis from Belinda.

“We want to get back to another final. You have to keep chipping away, you can’t be despondent. Every year our level grows, every year we play great tennis in this format. We’ll return next year and we’ll be even hungrier, no doubt about that. I’m fortunate that I have a group of five mates. They bring out the best in each other.”

READ MORE: ‘It’s the freaking Olympic Games’ – Belinda Bencic not sure whether to laugh or cry after winning gold