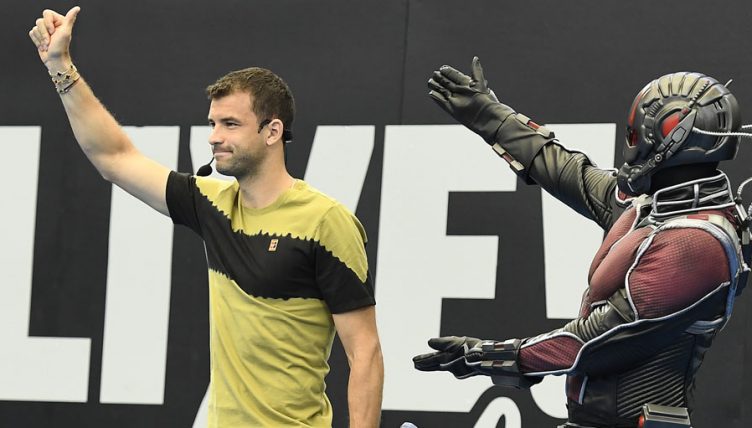 Grigor Dimitorv and Milos Raonic made strong starts to the Brisbane International, but world number 10 Daria Kasatkina crashed out.

Dimitrov began his 2018 season strongly by reaching the semi-finals, but suffered a catastrophic slide down the rankings shortly after.

Much of that has been to do with his struggles with his serve, but he showed no signs of that in Australia, with him firing nine aces to help him beat Japan’s Yoshihito Nishioka 6-3, 6-4.

Canadian Raonic had even fewer problems against Aljaz Bedene, cruising to a 6-0, 6-3 win.

In the women’s singles, Kasatkina struggled for rhythm as she crashed out to Australian wildcard Kimberley Birrell.

Kasatkina took the first set and was 5-3 up in the decider, but Birrell was resolute and claimed victory after just over three hours.

Birrell will play Ukraine’s Lesia Tsurenko, who beat Mihaela Buzarnescu 6-0, 6-2, in the second round.