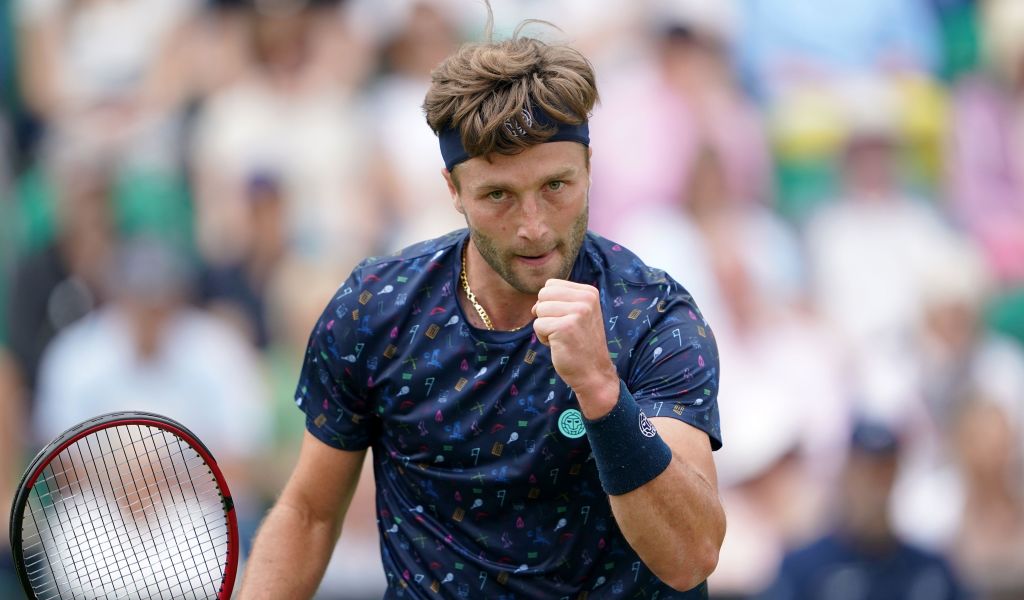 There will be at least six British players in the main draw for this year’s cinch Championships at the Queen’s Club, with Liam Broady suggesting the spirit among the group is driving them all.

Broady was handed a wild card into the prestigious event at the Queen’s Club on Friday along with compatriot Ryan Peniston, who caught the eye with some impressive performances at the Nottingham Open this week.

With Andy Murray, Cameron Norrie, Dan Evans and Jack Draper also in the draw at the Queen’s Club event that gets underway on Monday, Broady has suggested the strength in depth in British tennis is stronger than ever.

“The strength-in-depth is something I’ve not seen before in men’s and women’s British tennis,” said Broady. “We had Andy Murray, Tim Henman and Greg Rusedski at the top of our game for many years and when I started playing there was plenty of good players, but now there is a greater amount of good players.

"Everybody deserves equal chances in life" 🌈

We chatted to @LiamBroady ahead the 1st of our Friday Pride Days this June at the #RothesayOpen pic.twitter.com/SugQtqNGVt

“The good thing is that all of these players coming through are really young, so the sky is really the limit. I wouldn’t surprise me to see any of the guys playing in the main draw of a major very soon. It’s a testament to how everybody works together.

“All these players are coming through so well now and we are all behind each other. We all text each other when we have a big win and that spirit is great for British tennis.”

Broady, 28, has enjoyed a promising year that has included qualification to the main draw at the Australian Open and Indian Wells Masters and he is excited to play in front of a British crowd as he eyes up a wildcard into Wimbledon.

“For the majority of the year, we’re on the road in different countries and this year especially I’ve had a few wild experiences against opposition fans like Nick Kyrgios in Australia,” he reflected.

“At the French Open, I played a Frenchman in a qualifier and it was like a football match. It’s definitely nice to have the fans on my side this time. They always drive you on. I think the British fans are brilliant, they really understand tennis.

“Everyone talks about Wimbledon, but I can’t really think about that or getting a wildcard. The odd bad performances could change your chances of either playing in these big events, but it is a great opportunity for all the British players at this time of the year.”