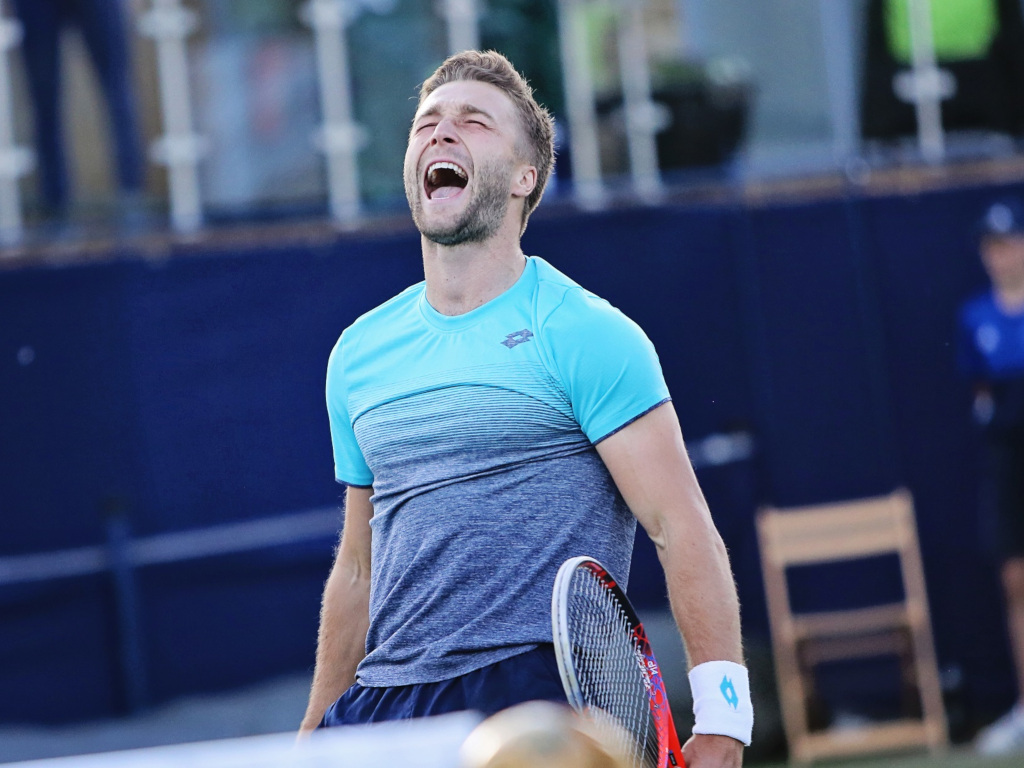 Recently awarded a Wimbledon wild card, a dominant Dart defeated Russian Anna Kalinskaya 6-4, 6-1 and will go on to face Dayan Yastremska (UKR) on Friday for a place in the semi-final. Yastremska is having a strong tournament and earlier in the day knocked out the No 3 seed Luksika Kumkhum (THA) in straight sets.

In the other half of the draw, Ilkley’s No 1 women’s seed Kaia Kanepi (EST) survived a potential scare against Irina Falconi (USA) taking her to a three-set battle, 3-6, 6-1, 6-2. The only other remaining women’s seed, No 7 Ekatorina Alexandrova (RUS) won her match against American Jamie Loeb 6-3, 6-4. The two remaining seeds Kanepi and Alexandrova, will now play each other in the quarter-final.

Elsewhere, there was disappointment for the remaining Brits in the women’s and men’s draws. Wild cards Olivia Nicholls and Gabriella Taylor lost to NO 2 seeds Eri Hozumi (JPN) and Luksika Kumkhum (THA) 6-1, 4-6, 3-10.

In the men’s doubles draw, Broady and Clayton – who have also received wild cards into The Championships this year – won 6-3, 7-6 (8-6) as the sun set over the Ilkley Lawn Tennis and Bowls Club.

The ATP Challenger Tour men’s second round wrapped up on Thursday with three of the top eight remaining seeds in action all progressing to the quarter-final.

The quarter-finals will conclude on Friday, with No 1 seed Jordan Thompson (AUS) facing a tough test against No 8 seed Sergiy Stakhovsky (UKR), while third seed Thomas Fabbiano (ITA) is last on centre court, where he will face seventh-ranked Michael Mmoh (USA).