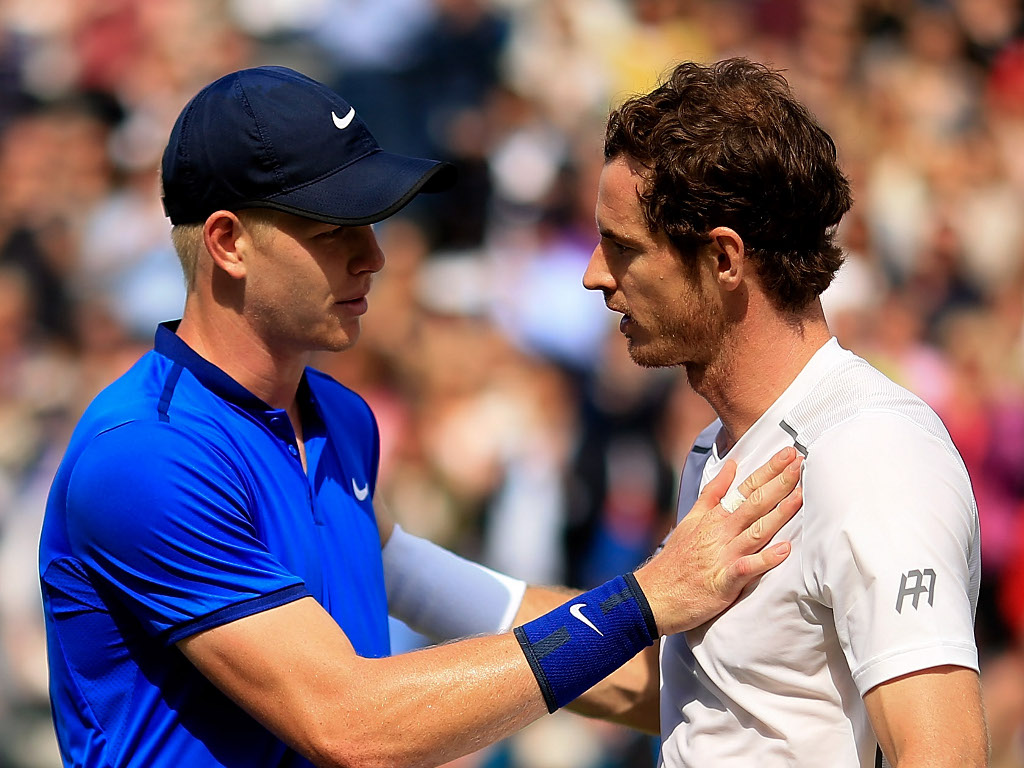 This article was produced in association with bet-at-home as part of our coverage ahead of Queen’s Club. Bet-at-home are offering a bet £10 on any markets at the 2019 Queen’s Club Championships and get an extra £10 on the next working day.

With Andy Murray still very much on the comeback trail, Kyle Edmund will once again go to Queen’s Club as the best British hope in the men’s singles.

You can’t question it, because he has earned it. Right now, Edmund is the best male tennis Britain has.

The problem, where Queen’s is concerned, is that Kyle has never really delivered before.

He got as far as the quarter-finals back in 2016 when he was a wildcard, but he ran into Andy Murray, who was then at the peak of his powers, and has never been any further.

Two years ago he didn’t get past the first round, losing to Canadian youngster Denis Shapovalov in three sets, and last year Nick Kyrgios was too good for him in the first round.

It won’t be easy for Edmund to do any better this time around. As things stand, he’s the ninth-highest ranked player to enter the tournament, meaning he will miss out on seeding unless there is a withdrawal.

bet-at-home are offering a bet £10 on any markets at the 2019 Queen’s Club Championships and get an extra £10 on the next working day.

Ideal time to come of age

That has already played out to a certain degree with Edmund with the 2018 Australian Open, where he got all the way to the semi-finals.

In that tournament, Edmund beat an out-of-sorts Kevin Anderson and a soon-to-be declining Grigor Dimitrov, but the expectations were low and the draw quite kind.

And, sure enough, that level did not prove to be sustainable for Edmund.

That also means, though, that the strength of the field at Queen’s this year – as well as the home hero expectation – makes it a great opportunity for Edmund to come of age.

Edmund will have to work very hard to make inroads given the sheer strength of the field, but that may just bring the best from him.

Britain expects of Edmund this summer

It hasn’t been a nice couple of years for British tennis fans. Watching Andy Murray’s struggles and heartbreak has generated a real sense of injustice.

For years, Britain waited for a top tennis player to light up Wimbledon, so to finally get one yet see his peak years cruelly denied him by injury has almost been worse than all those years of waiting in the first place.

What happens with Murray is a matter for the future, but Britain needs a hero now, and it’s Edmund who is probably the only man to deliver it.

For all Queen’s shines in its own right, it shouldn’t be forgotten that it is ultimately the key tournament for Wimbledon preparation, and success at Queen’s can often be followed by success at SW19.

Both years Murray won Wimbledon, in 2013 and 2016, he headed to the All-England club on the back of winning the crown at Queen’s.

The grass-court season is ultimately short, and players don’t have a huge amount of time to adjust from the slow and cerebral baseline clay-court season to the fast and frantic serve and volley of grass, so the more matches you can get under your belt the stronger you are likely to be.

With that in mind, a strong performance at Queen’s from Edmund could prove to be the precursor of a strong summer for British tennis in general – and a much-needed one too. And with bet-at-home offering double winnings if he wins any of his matches at the 2019 Queen’s Club Championships in straight sets, there’s never been a better time to back the 24-year-old.

bet-at-home are offering double winnings if he wins any of his matches at the 2019 Queen’s Club Championships in straight sets.

Andy Murray is back, but not as we know him?

The British number one is, of course, back in action at Queen’s this year, but not in the singles competition.

Murray, who posted a video on Instagram of himself serving again, has revealed he will be teaming up with Feliciano Lopez to play in the doubles competition.

It’s sure to be a pedigree partnership given Lopez is, himself, a former Queen’s singles champion. And there is further incentive to back the pair given that bet-at-home are offering your money back as a free bet should they be knocked out in the first round.

“I’m not yet ready to return to the singles court,” Murray said. “But I’ve been pain-free for a few months now.

“I’ve made good progress in training and on the practice court, and this is the next step for me as I try to return to the Tour.”

Expectations will be high, perhaps unfairly so, but Andy Murray and Queen’s usually adds up to a strong showing.

There is also the added bonus of the possibility of seeing Murray v Murray, with brother Jamie considering entering the tournament with his new partner Neal Skupski.

bet-at-home are offering money back should Andy Murray and Feliciano Lopez be knocked out in the first round of the doubles.

Cameron Norrie out to impress

We mentioned before that it is inarguable that Edmund is the undisputed top male British player right now, but Cameron Norrie is the one man who might have something to say about that.

Norrie is ambitious after switching his allegiances from New Zealand in 2013 and has gradually risen through the rankings since, until he now sits in the top 50 in the world.

He received a wildcard last year but lost to Stan Wawrinka in the first round. He will be back again this year, though, and eager to make a bigger impression, especially following his meek defeat to French qualifier Elliot Benchetrit at Roland Garros.

Dan Evans will also be there and aiming to make an impression after receiving a wildcard.

“I’m grateful for the wildcard and excited to be playing at Queen’s again this year as the Fever-Tree Championships is one of the best events on tour,” Evans said of the tournament.

“The grass season is a great time of year, especially for the Brits, and I am looking forward to competing against many of the best players in the world.”

It’s tough to see either man still being involved at the business end of the competition, but both will fancy themselves to win a couple matches and at least leave a very positive impression – and with bet-at-home’s odds of 30/1 (31.00) for him to win his first-round match, it could be a good time to take a chance on Norrie.