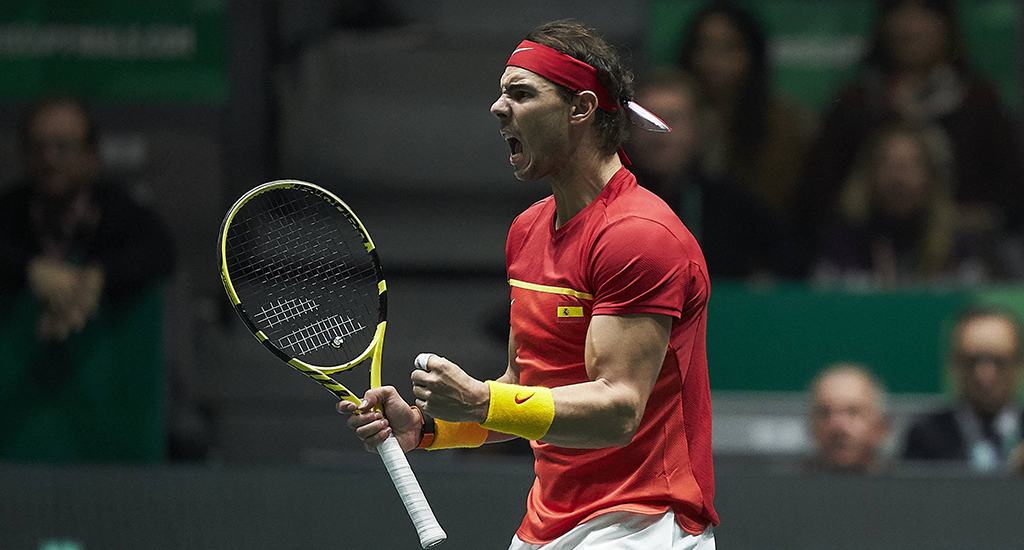 Rafa Nadal finished 2019 on a high, becoming the oldest player (aged 33) to end the year as World No. 1 while the 11-year gap between his first season as year-end No. 1 (2008) and his most recent was also a record. The year also served up two more Grand Slam titles (the French and US Open) and a Davis Cup victory with Spain.

The Spaniard’s fourth US Open title moved him to within one Grand Slam title of Roger Federer’s record of 20. With Federer adding just one Grand Slam to his haul in the last two seasons, it is expected that Nadal could equal or surpass him in 2020. As a result, the coming season could be a historic one for tennis fans.

However, Federer will not want to give up his status easily, and we could see another big push from the 38-year-old this season, starting in Australia. The Swiss player has won six titles Down Under while Nadal has only recorded one Melbourne win in his entire career, and that came 10 years ago.

Federer’s last Grand Slam win came in Australia in 2018, and this year’s event will be one of his key targets as he attempts to break Nadal and Novak Djokovic’s stranglehold on the last seven Grand Slam titles. The Basel-born player went five years without a Grand Slam between 2012 and 2017 and only won one between his 2010 and 2017 Aussie Open wins, highlighting the danger of writing him off.

Since winning the Aussie Open in 2009, Nadal has reached four Melbourne finals, including last year’s, in which he lost in straight sets to Djokovic. And he remains as keen as ever to add a second triumph Down Under to his haul. If he does reach the final, the bookmakers are predicting he will face Djokovic again. Melbourne has been a much happier hunting ground for the Serbian who has claimed seven titles and will start as favourite in the tennis betting for the 2020 edition.

All eyes on Paris

If Rafa fails to win in Melbourne, we expect it will be at the hands of Djokovic with Federer reaching the semi-finals at best. If that is the case, then all eyes will be on Roland Garros where Nadal will be aiming for his 13th title. He has won the last three editions of the event and is unbeatable on the surface when fully fit. If Nadal is going to catch Federer in 2020, expect it to happen in Paris in June.

Federer will have a chance to respond at Wimbledon, but Djokovic is aiming for a third-straight Wimbledon title and his sixth overall following his epic win over his rival in 2019. If things go as expected, we could finish the summer with Federer and Nadal on 20 titles each and Djokovic just two back on 18. That would leave the US Open as Nadal’s last chance to overtake the Swiss legend.

Could history be made in the Big Apple?

The US Open is Nadal’s second most productive Grand Slam after the French Open. He has won four titles including two of the last three and is the reigning champion. Djokovic has just three US Open title to his name and Federer has not one in New York since 2008. Could Flushing Meadows provide the backdrop for one of the most historic moments in tennis history? We can’t wait to find out.