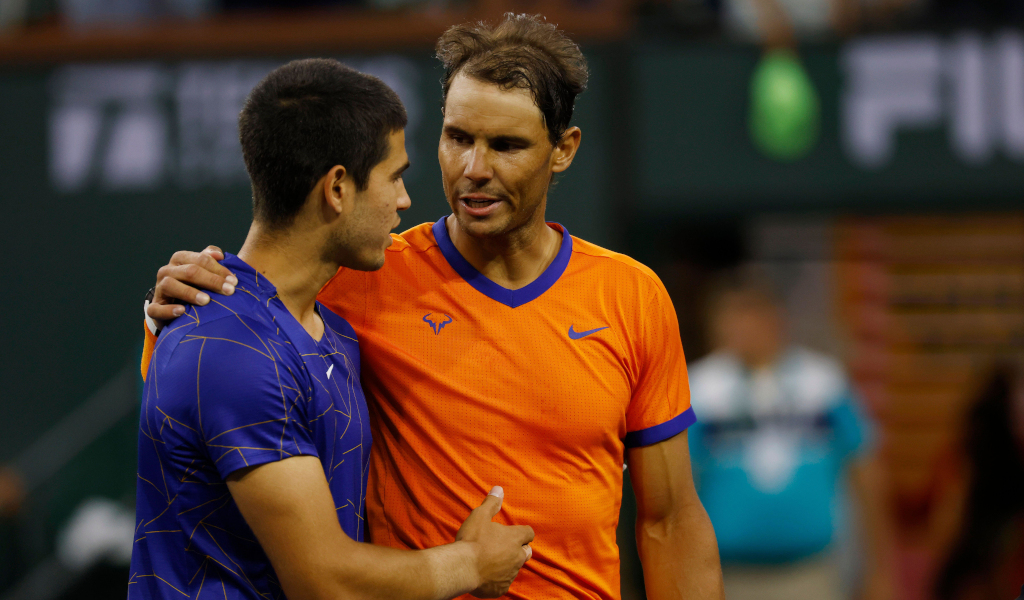 Tennis great Rafael Nadal admits he is delighted that Spain has produced the next generational talent in Carlos Alcaraz, describing the teenager as “someone very special”.

After an excellent breakthrough campaign in 2021, Alcaraz’s meteoric rise continued in 2022 as he went from outside the top 30 in the ATP Rankings to finish the year as the world No 1 – becoming the youngest to do so at the age of just 19.

His surge to the top came on the back of winning his maiden Grand Slam, the US Open in September, and winning three other titles – including two ATP Masters 1000 trophies.

Alcaraz is the first player outside of the Big Three of Nadal, Novak Djokovic and Roger Federer to be the year-end No 1 since 2003.

Former world No 1 Nadal is naturally pleased that the sport’s potentially next great player is Spanish.

“There has always been a generational change,” the 22-time Grand Slam winner said.

“It is true that we [Spain] had been missing [new players] in recent years, we were only Nadal, [Pablo] Carreno, [Roberto] Bautista, but now someone very special has arrived.

“Carlos is a very different player, who aspires to be one of the best in history.

“He is young, he has started well, he has the potential to achieve great things and he is already achieving them.

“I’m happy to have someone very good in our country and that we [can] enjoy him for many years.”

With Nadal, Djokovic and Federer dominating tennis over the past two decades, many have wondered if the sport will struggle once they retire.

However, the 36-year-old is convinced that the future is bright.

“There is nothing more important than the sport itself, I have said it many times. And somehow there will be four Grand Slam champions every year, and at historical tournaments, of Masters 1000 events.

“It is a reality that we have seen three players who have done things that had not been achieved in the past. The next generation will have to carve their way. It will take a while, stars will have to be generated, but they are on their way.

“There are already players of the new generation who have won Grand Slams. Here we have Casper [Ruud] who has been doing important things for years.

“There is a great generation of young people who will keep this sport very high.”