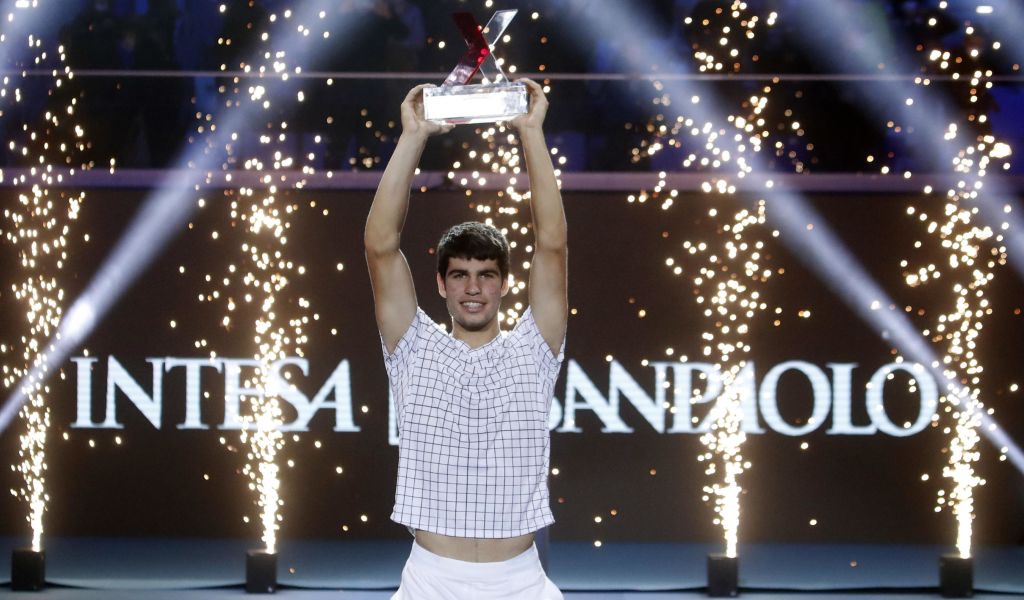 He has long been hailed as the best of the newcomers knocking on the door at the top of the game and now Carlos Alcaraz has confirmed his status as the ‘next big thing’ in tennis.

The dynamic Spaniard capped a strong breakthrough season by beating Sebastian Korda to win the Next Gen ATP Finals in Milan.

Alcaraz had started the year ranked 141 in the world rankings but claimed his first top-level title in Umag before marching to the quarter-finals of the US Open.

Korda had his chances in the opening set but was unable to convert any of five break points and Alcaraz held on to force his way through a tie-break.

What a tournament to end an incredible ATP Tour season for @alcarazcarlos03 👏#NextGenATPFinals pic.twitter.com/6R1myC43Sq

Alcaraz stepped up the pace in the second set and maintained his momentum through the third to complete his victory after 84 minutes.

Alcaraz said in his on-court interview: “It is amazing – to be able to win this tournament means a lot to me.

“I am so excited right now and emotional. I was very, very nervous at the start. I had to be calm to save the break points. I know Korda is serving very well, so I had to play my best in those moments.

“It has been a really good season for me. I am really happy about the moments I have experienced. Beating Stefanos (Tsitsipas) at the US Open, reaching the quarter-finals at a Grand Slam and winning my first ATP Tour title.

Alcaraz will now end the year with a career high ranking of 32 and few would be surprised if he breaks into the top 20 at some point in 2022, with his brand of power hitting emerging as a real threat to the game’s biggest names.