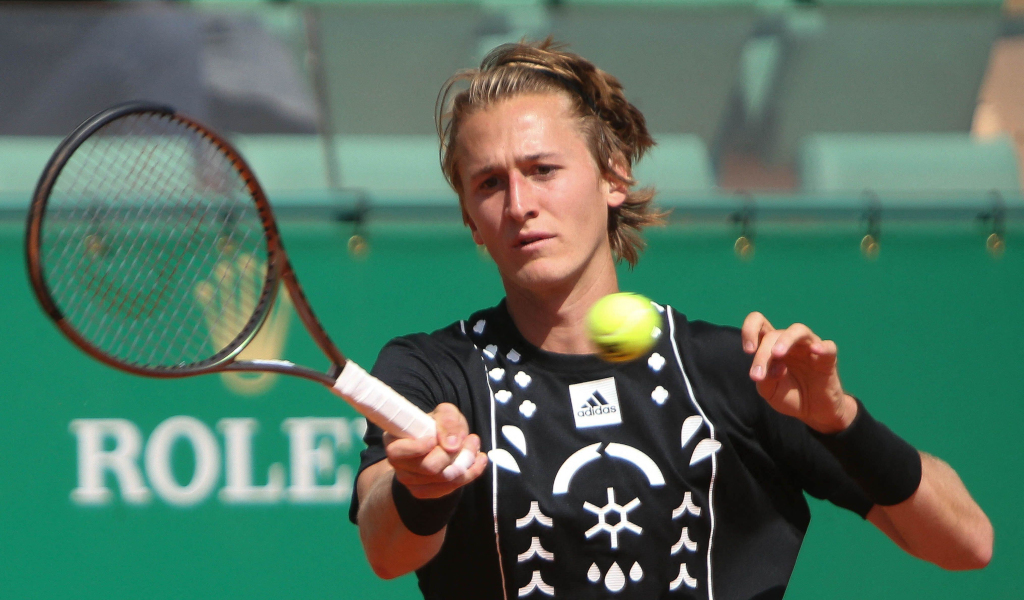 All talk centred around Alcaraz in the build-up to clay-court tournament as the Spaniard made headlines in Miami after winning his maiden ATP Masters 1000 title, becoming the third-youngest player after Michael Chang and Rafael Nadal to win a Masters trophy.

A masterclass in mastering the elements 💨@SebiKorda takes out Miami champion Alcaraz 7-6(2) 6-7(5) 6-3 in the #RolexMCMasters second round! pic.twitter.com/51ngEOJmEN

In a repeat of the 2021 Next Gen ATP Finals final, the American was the first to up the ante as he broke in game four only for Alcaraz to get back on terms immediately. The Spaniard then edged ahead in game nine with a break, but it was the start of four consecutive breaks and it eventually went to a tie-breaker, which the world No 42 controlled.

Both players again struggled to hold serve in the second set with four breaks, but this time Alcaraz was in command of the tie-breaker to take it to a decider.

Alcaraz took the momentum into the third set with a break in game one, but Korda drew level in game five and claimed the decisive break in game eight.

“I had to just stay calm and believe in my returning,” Korda said. “It was super tough: every time you’d throw up the ball, it would move around. It was super tough to serve today but I’m super happy with the way I handled myself.”

The 21-year-old will face either 10th seed Taylor Fritz or Marin Cilic in the third round while the path to the semi-finals has opened up slightly as world No 1 Novak Djokovic was knocked by Alejandro Davidovich Fokina on Tuesday.