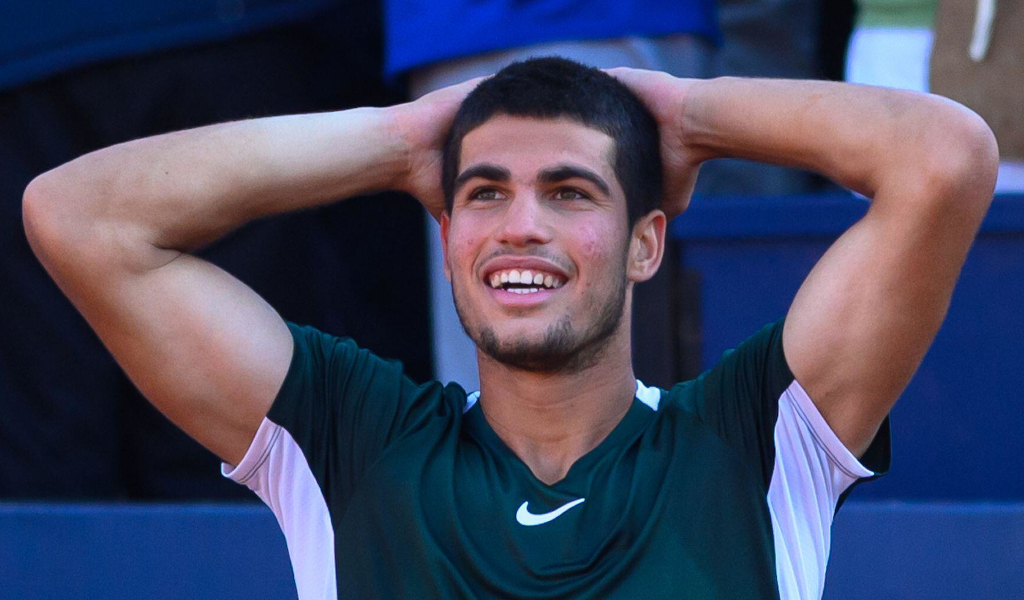 Carlos Alcaraz remains a “very down-to-earth person” despite winning the US Open and becoming world No 1 and the teenager insists “I still have a lot of work ahead of me”.

Following his breakthrough season in 2021 that saw him win his maiden ATP Tour singles title and climb from outside the top 100 to inside the top 40 in the ATP Rankings, Alcaraz has gone up several gears this year.

He started the year at No 32, but by the end of May he had reached a career-high of No 6 after winning four tournaments – including two ATP Masters 1000 titles. Yet better was to come as in September he won his maiden Grand Slam, the US Open, and he became world No 1 on the back of that result.

Naturally he has become one of the hottest properties in tennis, but in an interview with Aargauerzeitung.ch the 19-year-old insists his feet remain firmly on the ground.

“The situation has changed, but not my life. I still have the same family, the same friends, the same team,” he said. “That’s why I’m still the same person and the same player who always wants to improve and train hard.

He added: “I try not to get too caught up in it [the hype] and not think about it too much. I see myself as a very down-to-earth person, that’s important to me. I just love playing tennis. I want to enjoy tennis and win tournaments.”

After his success in New York, his coach Juan Carlos Ferrero felt there was still a lot of room for improvement as he is still to reach his peak.

Asked about which areas he can improve, the Spaniard replied: “All over. I can improve anywhere. Only if you work on yourself every day, you might one day belong to the greats.

“I think Rafael Nadal and Novak Djokovic showed that. It’s no different with me. I train every day to get better. Mentally, physically, but also technically. I’m only 19 years old and I still have a lot of work ahead of me.”

Many believe Alcaraz will dominate tennis in the next decade or so, but there are a couple of other youngsters who have also put their hands in recent years.

“There are many good young players,” the teenager said. “It is difficult to say who will be the dominant players in the next few years.

“Of course I have Jannik Sinner and Alexander Zverev in mind, against whom I have already played incredible matches. But also Daniil Medvedev, Stefanos Tsitsipas and Casper Ruud, even if they are not that young anymore. There are really a lot of players with great potential.”

READ MORE: Novak Djokovic on Carlos Alcaraz: ‘He deserves to be No 1, but I’m sure Rafael Nadal will try to dethrone him’