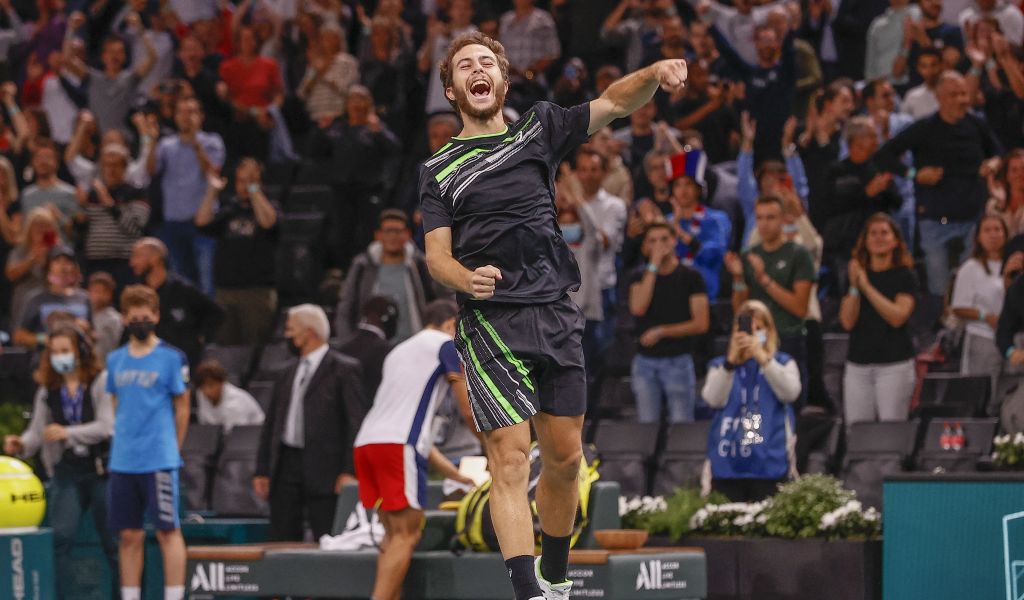 Hugo Gaston’s remarkable run at the Paris Masters continued as he beat Carlos Alcaraz in front of a raucous home crowd, yet that opening statement doesn’t begin to tell the story of a remarkable night of drama in the French capital.

World No.103 Gaston has been one of the stories of the week in the final Masters event of the year, with his run through qualifying and into the last-16 of the main draw allowing him to showcase his wide array of shots.

Yet the clash with big-hitting Alcaraz took his story to a whole new level, as he claimed a tight first set 6-4, before coming back from 5-0 down in the second to win it 7-5 and seal a stunning straight sets win.

With the French fans turning the occasion into a Davis Cup style event, 18-year-old Alcaraz simply couldn’t handle the moment as he crumbled amid Gaston’s comeback that was concluded after midnight in Paris.

Gaston was as bemused as the watching tennis world by his comeback and when asked how he claimed the second set, he admitted he has few answers.

“I was drifting off at that point, and he started to have a letdown, as well,” he said. “He made a lot of mistakes, because I managed to have fast balls, slow balls, to have high balls. He started to lose his groove, and I stayed focused. This is why I managed to overturn the match in my favour.

“The crowd was incredible. Honestly, I have been playing tennis for this. It was actually incredible. It was really wonderful to live this match with them.

“I actually won because they supported me from beginning to the end even when I had a letdown during the first or the second set, they were always cheering me. It’s incredible to have such a great public.”

Gaston will now rise into the top 70 of the ATP ranking for the first time, with the 21-year-old emerging as a player to watch in 2022.