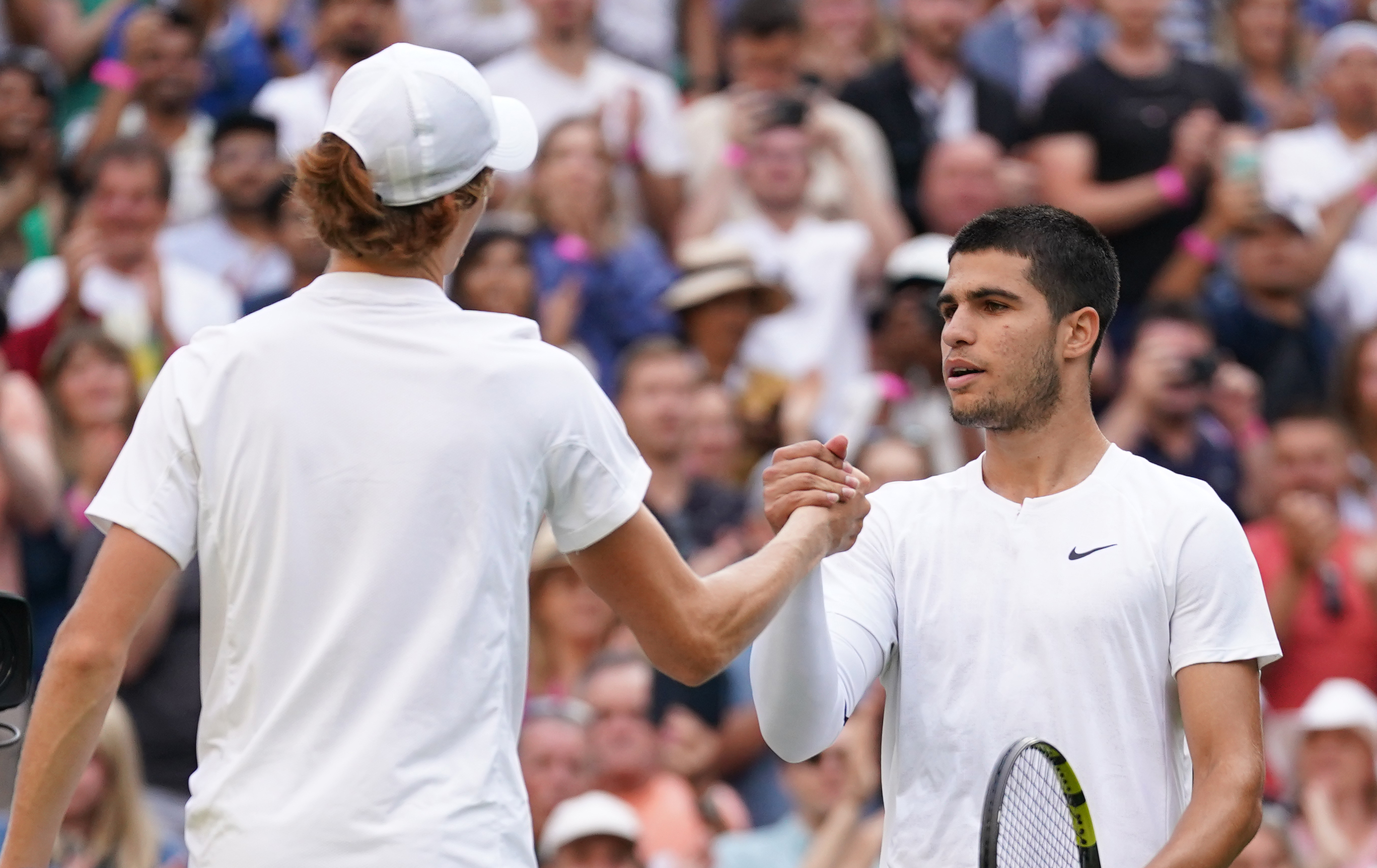 Jannik Sinner notched his second victory over Carlos Alcaraz in the month of July to edge ahead in the head to head between the two ATP NextGen stars.

The third full ATP Tour meeting between the two in Umag promised plenty of excitement and delivered more quality than we might have expected.

Coming into the match Alcaraz was the favourite despite a loss to Sinner at Wimbledon earlier in July in another match that might qualify as an instant classic.

Alcaraz has been the breakout star of 2022 overshadowing what has also been a more-than-solid effort from the 20-year-old Italian.

Sinner’s triumph in the Umag final was his 35th ATP Tour match win of 2022 but gave him his first title of the year.

He started the year by going unbeaten in the ATP Cup and has performed well at big events without breaking through with a big win.

Such has been the form of young Alcaraz that pundits have feared that he will have little competition in the coming years when the power of the big three finally recedes.

Alcaraz’s bid to defend his Umag title would end in frustration as Sinner used his long levers to push the admittedly game Spaniard from pillar to post.

As a Spanish player, Alcaraz will have to endure the endless comparisons with Rafael Nadal, which is unfair on several levels but something he must deal with if he is to fulfil his potential.

Alcaraz has wowed fans and critics alike with his rapid maturation and seemingly boundless energy and drive.

He is at his best when he is executing the basics with inch-perfect precision and has benefitted immensely from his clashes with all-time greats.

Alcaraz has been able to learn from his opponents on the fly, turning the tide against Nadal and Novak Djokovic.

Which brings us back to Sinner who has now been able to put Alcaraz away twice in a month.

How to watch Andy Murray and Emma Raducanu in DC

Sinner’s game appears to be a natural counter to Alcaraz’s hustle which makes this burgeoning rivalry that much more interesting.

The next meeting between the two will be something to look forward to as doubtless, Alcaraz will take some lessons from the loss in Croatia.

Sinner is not burdened by the expectations of his predecessors as an Italian player but he is part of a highly-promising generation and he may harbour the ambition to beat his compatriots to a Grand Slam title.

Clay should have favoured Alcaraz, who owns a Challenger series win over Sinner on the surface but he didn’t allow him into the contest.

Sinner had previously struggled against top ten players but facing Alcaraz he stamped his authority on the game behind his nearly faultless serve.

He recognised the need to keep Alcaraz moving which resulted in an entertaining match and has left us wanting more.

It would be no shame if we were treated to another meeting between these two players at the US Open.