Carlos Alcaraz learning to live with a target on his back 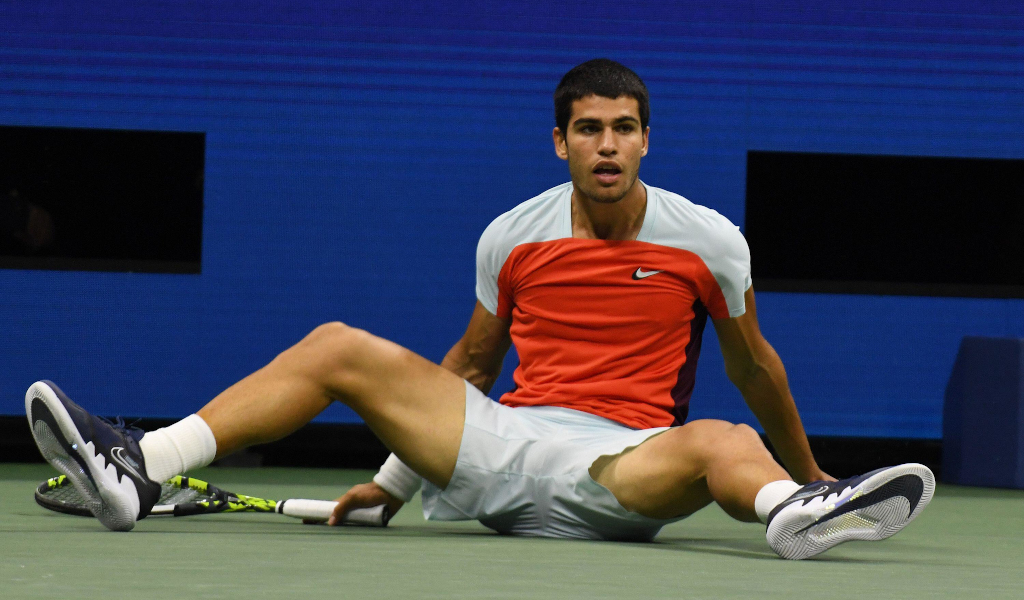 Carlos Alcaraz has accepted that he will have a target on his back when the 2023 season gets underway.

Alcaraz admits that he will now have to learn to live with the expectations of fans as well.

The World No 1 can expect everyone to be out to topple him simply to be able to say they beat a reigning World No 1.

“I’ve had time to realise what I did, to look back on this amazing year and I still can’t believe it,” he told The National.

“A lot of things to enjoy from this year and now I need to try to do the same or better next season.

“Next season is going to be different for me. I’m not going to be one of the guys who is climbing up, I’m there, so this season will be a different mentality.

“I have to be prepared to stay strong the whole year because I’ll be going to lots of tournaments as the favourite.

“Everyone wants to beat me so I have to be prepared for that.”

Alcaraz has predicted that the winners of the big tournaments will come from a wider group in the coming years.

This is in contrast to the domination of the big three/four, for the last two decades.

“For 20 years it’s always been the same players, the Big Four, always winning the biggest tournaments,” the Spaniard said.

“Right now, there are so many chances to win those tournaments and so many players have those chances. I’m really happy to see a lot of tennis players that can compete at the top. There’s a really big group.”

Alcaraz is currently in Abu Dhabi to compete in The Mubadala World Tennis Championship.

He doesn’t feel that winning big championships has changed him at all and believes he will need to work hard to achieve his goals in the game.

“I had so many tournaments and had no time to realize 100 percent the US Open. Of course it was a great feeling for me. All I can say is that nothing changed,” Alcaraz said.

His coach Juan Carlos Ferrero believes that Alcaraz will need time to adjust to being a marked man.

“After the US Open it was difficult to adapt to his new role on the tour for him,” explained Alcaraz’s coach, former world No. 1 Juan Carlos Ferrero.

“I was talking to him about how he had to manage everything but I think he needed to feel and to live it, go to a tournament and feel that pressure of being No. 1, playing matches being No. 1. It’s not very easy at the beginning and at the age of 19, it’s something that is not super mature to control everything that happened to him right now.

“He’s in a moment where he needs to live it like this and to feel what he’s going through and adapting. He knows it’s going to be like this until at least the Australian Open, so he needs to try to be normal but at the same time it’s not. But he has to.”