Carlos Alcaraz set to overtake Daniil Medvedev as he enters 2023 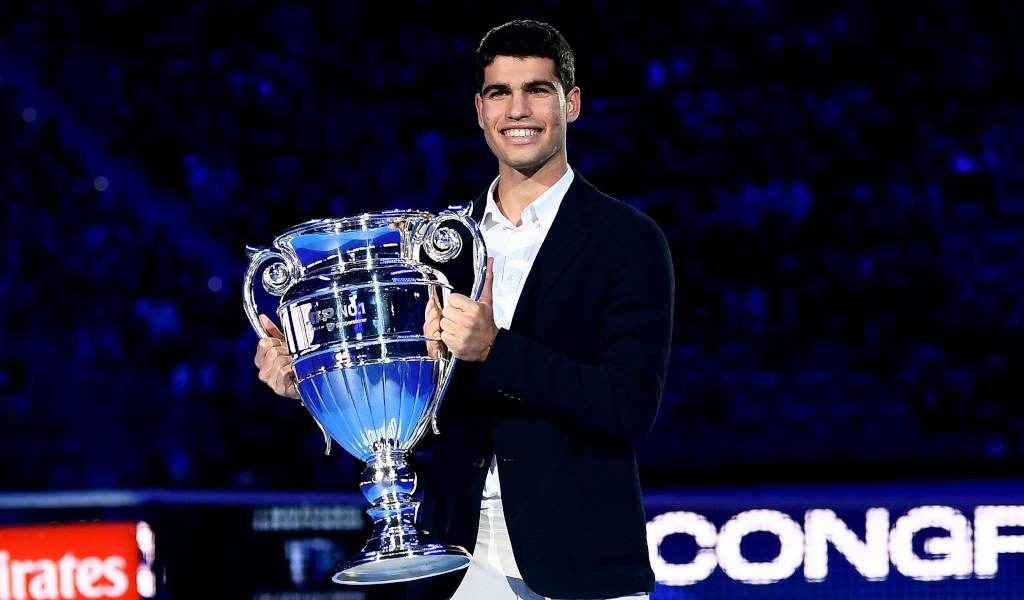 Carlos Alcaraz is set to add a new entry to his list of achievements as he heads into 2023.

The Spanish star enjoyed a stunning year as he claimed his first Grand Slam title at the US Open and secured the world No 1 ranking in the process.

Now Alcaraz is about to overtake Daniil Medvedev’s record of 16 weeks as the world No 1, putting him in second place on the list for this decade.

Novak Djokovic leads the way with 98 weeks as the world’s top player since the start of 2020, yet the Serbian’s chaotic 12 months that started with him being deported from Australia over his refusal to accept a Covid-19 vaccine cost him his place at the top of the ATP rankings.

Djokovic missed a series of key tournaments after being ruled out of the first major of the year and was also absent from four ATP 1000 events in North America and the US Open.

That allowed Alcaraz to overtake the Serbian at the top of the tennis rankings and he will move on to 17 weeks as the world No 1 when the next rankings list is published next week.

Alcaraz’s coach Juan Carlos Ferrero has confirmed his young charge has taken time to adapt to his status as the world’s leading player, with his rapid rise forcing a rapid change of mindset.

“After the US Open it was difficult to adapt to his new role on the tour for him,” said Ferrero.

“I was talking to him about how he had to manage everything but I think he needed to feel and to live it, go to a tournament and feel that pressure of being No. 1, playing matches being No. 1.

“It’s not very easy at the beginning and at the age of 19, it’s something that is not super mature to control everything that happened to him right now.

“He’s in a moment where he needs to live it like this and to feel what he’s going through and adapting.

“He knows it’s going to be like this until at least the Australian Open, so he needs to try to be normal but at the same time, it’s not. But he has to.”

Alcaraz’s status as world No 1 looks set to be challenged by Djokovic as he prepares to play a full calendar in 2023.

He could collect 2,000 fresh ranking points if he wins a tenth Australian Open title in Melbourne next month and that could already be enough to overtake Djokovic at the top of the ATP standings.

While Alcaraz and Djokovic are looking toward the top of the ATP rankings, defending Australian Open champion Rafael Nadal faces a challenging start to the new year.

Nadal is defending a huge collection of points to defend from his win in Melbourne, a victory in an ATP 500 event last February, a run to the final of the Indian Wells Masters event and his 14th French Open win.

Nadal will need to perform well in those events to ensure he hangs on to his place at the top end of the ATP rankings after he completed a remarkable 900 consecutive weeks in the top ten of the rankings.