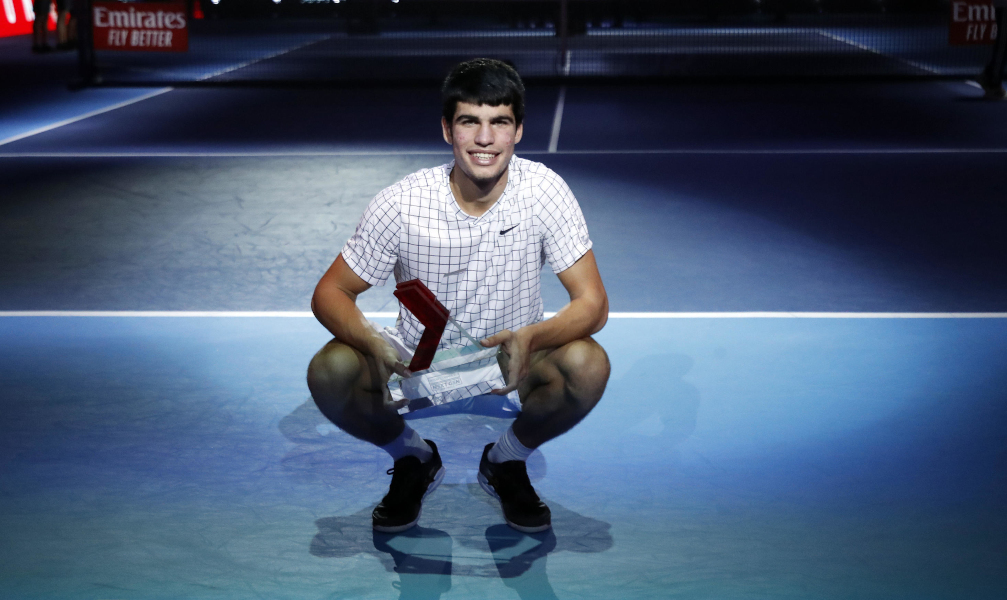 He was one of the breakthrough stars on the ATP Tour in 2021 and now Spaniard Carlos Alcaraz has set his goal for the new season.

Big-hitting Alcaraz mixed it with the biggest names in the game this year, with his thrilling win against number 3 seed Stefanos Tsitsipas at the US Open confirmation that he can beat the best on the biggest stages of them all and he ended the year by winning the ATP Next Gen Finals.

Alcaraz ended the year ranked 32 in the world and he will be seeded at a Grand Slam event for the first time in next month’s Australian Open, with his targets for the New Year clearly defined.

“This year was the breakthrough,” said Alcaraz as he received the AS Promise Award. “I hope it is the start of something big. I’m going to keep this award high up in my room at home. I’m happy my work in all the previous years is being recognised.

“In 2022 I’m going to aim high and hope to break into the Top 15. I might even try and qualify for Turin (ATP Finals). It’s a difficult goal, but it’s good at the end of the season.”

Alcaraz spoke at length about his year with Eurosport earlier this month, as he outlined what his rise up the rankings has meant to him.

“If at the beginning of the year anyone had told me that I would have a season like this one, I would have thought they were crazy. I wouldn’t believe it,” he stated. “It has been an unbelievable year, full of new experiences. Starting with the Australian Open main draw right up until the Next Gen Finals, I’ve had very good times, bad times and lots of moments to learn and grow from. 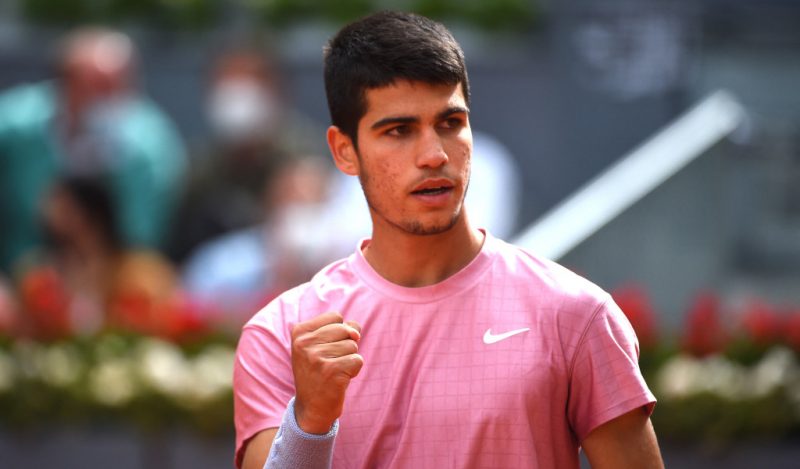 “I’m thankful for everything I have experienced, for example playing against Rafa in Madrid, Zverev in Acapulco, and Medvedev at Wimbledon.

“These were great moments against great players on big courts, in which maybe you do not play quite as well as you hoped, but these were very good challenges to encounter throughout the year, and I believe I am now more experienced thanks to them. Ultimately, that is why I’ve been able to finish the year in the position I’m now in.

“It means a lot finishing 2021 by winning the Next Gen Finals; the year has been very long and demanding, so finishing well physically at a high level and still enjoying being on the court definitely means a lot.

“In 2022 I want to keep growing and gaining experience, but now that I have reached this place in the rankings, I’m able to think more ambitiously. My goal is to finish in the Top 50 once more, but also to win another tournament. I would obviously be very excited if that was a Masters 1000 or a Grand Slam, but maybe winning an ATP 500 would be a good objective.”