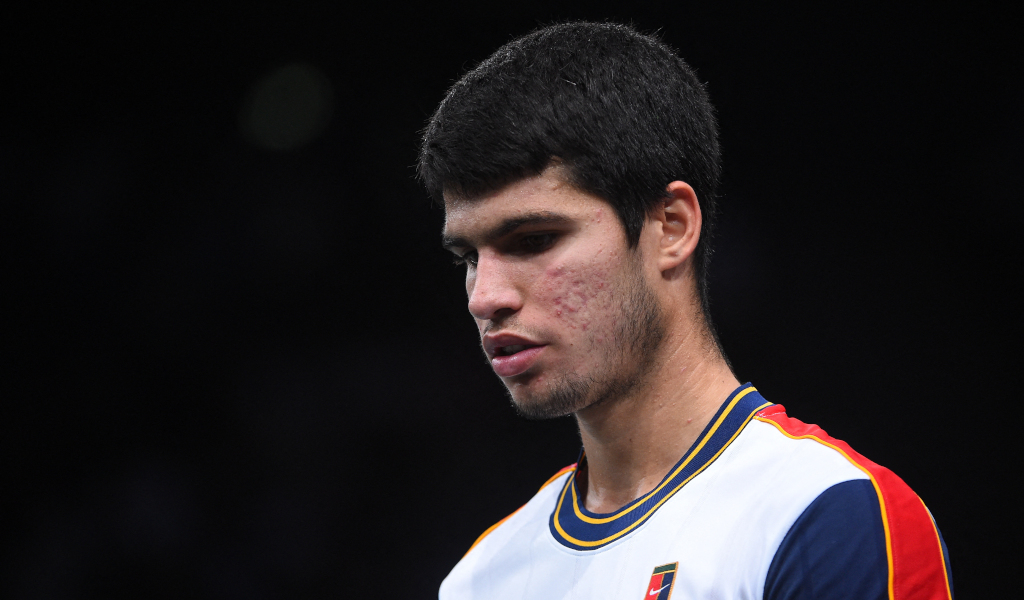 Spain have suffered another Davis Cup Finals blow as Carlos Alcaraz has been ruled out of the tournament after returning a positive result for a coronavirus test.

The 18-year-old Alcaraz was set to make his debut in the competition, but he tested positive for Covid-19 on Thursday and was forced to withdraw.

All the other members of the Spain squad have had to undergo new PCR tests ahead of the team’s Group A encounter against Ecuador on Friday.

“I wanted to communicate that today I have tested positive for Covid-19 which will prevent me from playing the Davis Cup that I was so excited about,” Alcaraz wrote on social media.

“On the Saturday that we met for the first time with the team, I had a PCR which I gave negative and every two days antigen tests and all negative.

“I’m sad about the way that I miss such an important and super special tournament for me as the Davis Cup, I was very excited to be able to play and represent my country here in Madrid in front of my people, but sometimes things don’t happen as one… wants and you have to overcome, it is very hard stick but you will have to get up in the face of this situation and come out strengthen.

“At the moment I am very well, with very mild symptoms and we will see how it progresses.

“A lot of encouragement to the whole team I will be cheering and watching on television.”