Carlos Alcaraz news: Dominic Thiem happy to ‘have a new superstar’ on the ATP Tour 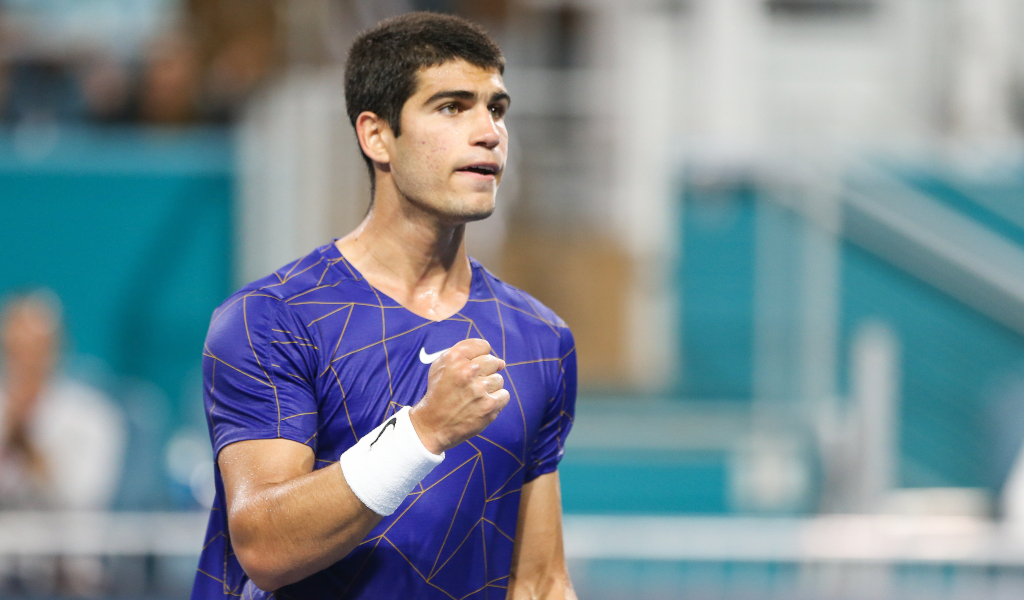 Dominic Thiem is the latest to describe Carlos Alcaraz as an “unbelievable player” with the former US Open champion admitting he is pleased to see a new “superstar” in tennis.

Alcaraz has hit incredible heights the past few weeks as he won the Rio Open in February and followed it up with a run to the semi-final of the Indian Wells Open, losing against Rafael Nadal.

However, he then went two steps further at the Miami Open as he beat Casper Thiem in Sunday’s final to become the youngest winner in Florida while he is also the third youngest player behind Michael Chang and Nadal to win a Masters 1000 title.

Many have predicted bigger and better things for Alcaraz and Thiem is also impressed by the 18-year-old Spaniard.

“Unbelievable player. I’m happy that we have a new superstar on the tour,” he said on social media. “By the way, well done and congrats for Miami.”

Thiem, who only recently returned to action following nine months on the sidelines due to a wrist injury, also told ORF Sport that at no point did he fear the injury would mean the end of his career.

“Absolutely not,” he said. “The injury is severe and really hard, but on the other hand it is very well researched in the tennis world because it happens so often.

“Therefore, even when it happened the second time, the doctor immediately said that it will take a long time, it’s a very unpleasant injury.

“But every player he has had so far, [including] a lot of [ATP and WTA] number ones, have come back without any subsequent damage.

“From then on I was very positive that it will be the same for me.”