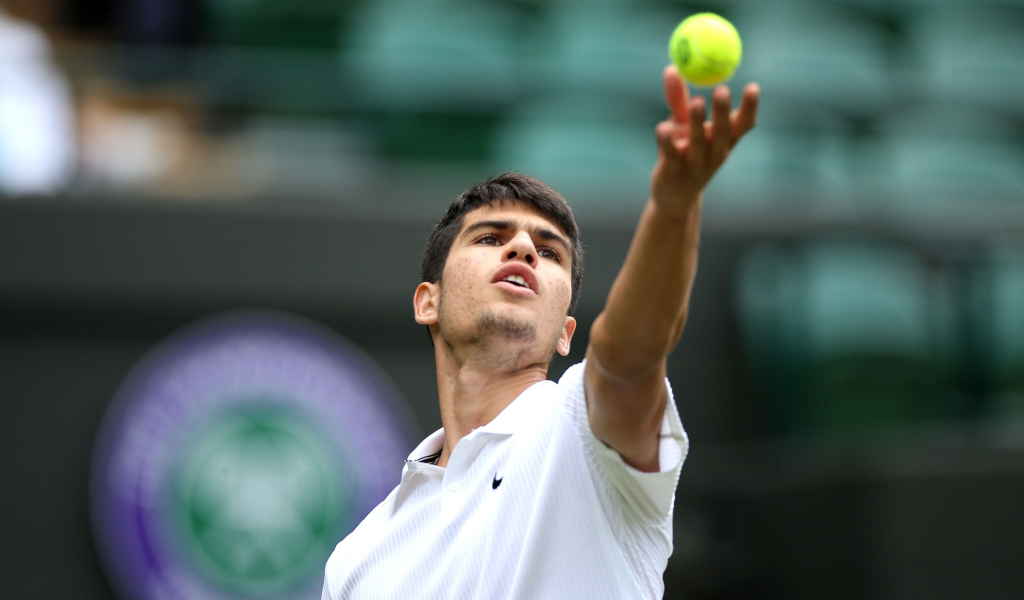 Carlos Alcaraz is going through the paces at Wimbledon and is making an impressive impression as he does, but this could de-rail Novak Djokovic and Rafael Nadal’s plans to bag another Grand Slam title.

It’s to be conceded that Alcaraz probably isn’t ready to win a major title just yet but so far he’s been entertaining crowds and just be awarded a tie on centre court if he keeps it up which should surely make the big names feel somewhat uncomfortable.

He’s manged to defeat Jan-Lennard Struff in the opening round, beat Tallon Griekspoor in the second and he next faces Oscar Otte in his third Wimbledon match later today and he’s getting more comfortable as he progresses through the tournament.

“Felt more comfortable today than the first round, but obviously as I said I need more hours on court, on grass, to feel more comfortable,” the young Spaniard said after his second round tie.

“Yeah, enjoy a lot, I mean the crowd is amazing. Of course playing on grass is so beautiful for me. I’m still saying I like play on grass and I enjoy playing here in Wimbledon.”

If Alcaraz manages to progress past the third round, he could face British No 1 Cameron Norrie if he too is successful in beating Steve Johnson in his third round tie.

And if he’s in really good form, Alcaraz could even face fellow Spaniard Nadal in the final given other big names including Matteo Berrettini, Alexander Zverev and Daniil Medvedev aren’t involved in the tournament this year.

Today is day five at the Wimbledon Championships which runs until July 10.