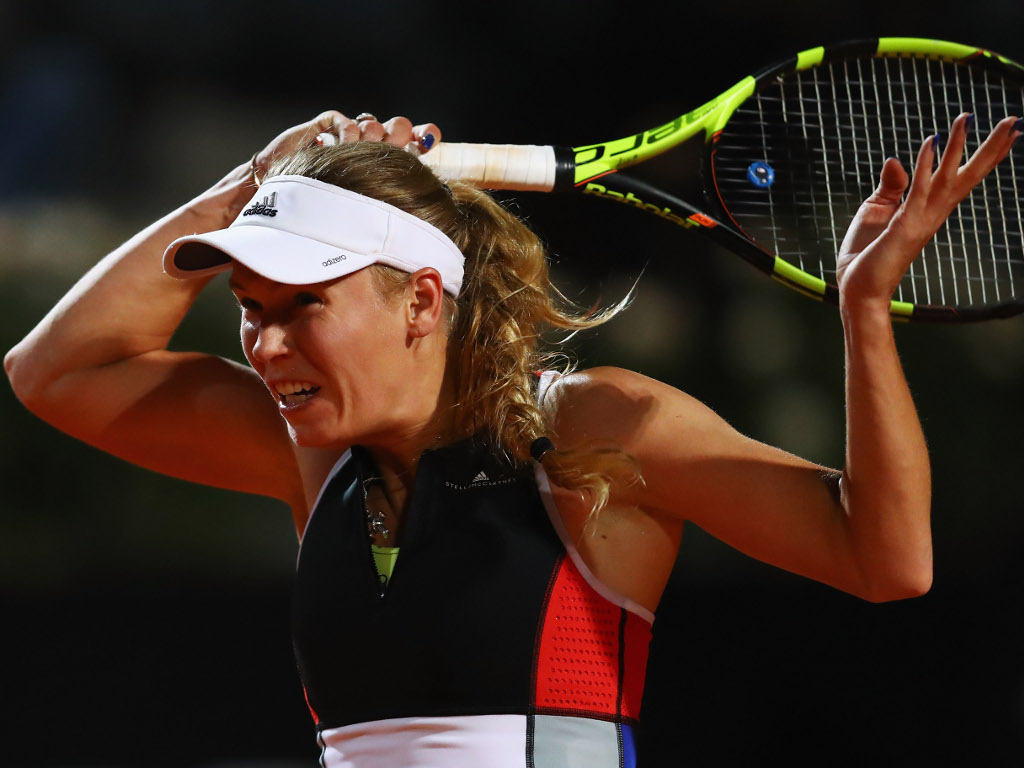 Caroline Wozniacki needed three sets to beat Anastasija Sevastova at the Italian Open while Maria Sharapova had an easier outing.

The Dane, who hit 31 winners and made only 21 unforced errors, will face Anett Kontaveit in the quarter-final after the Estonian beat Venus Williams.

Sharapova continues to improve match by match following her poor start to the 2018 season, and this time she beat Australian Daria Gavrilova 6-3, 6-4 to book a last-eight encounter against French Open champion Jelena Ostapenko.

Sharapova added of Ostapenko: “I’ve seen quite a bit. There’s something that really comes out from her on this surface, which she’s able to do really well.”

Meanwhile, US Open champion and sixth seed Sloane Stephens was beaten 6-1, 7-6, (9-7) by ninth seed Caroline Garcia with the Frenchwoman setting up a clash with top seed Simona Halep.