Caroline Wozniacki: I was lucky to get the win in semi 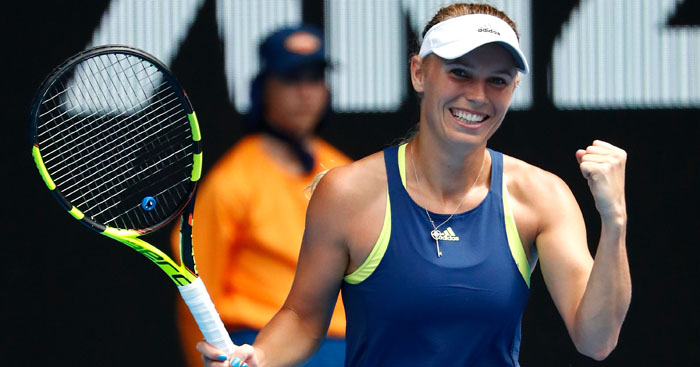 Caroline Wozniacki was haunted by her 2011 defeat at the Australian Open as she closed out Thursday’s match against Elise Mertens, winning 6-3, 7-6 (2).

Wozniacki powered through the opening set on Thursday morning with the world No 2 looking on course to race to the victory.

However, in the second set her game faltered.

It briefly reminded her of her 2011 semi-final defeat to Li Na, which didn’t help her cause.

However, Wozniacki regained her composure to close it out seven points to two in the tie break.

She said: “It means so much to me. I got really tight at 5-4. After two good first serves, I thought calm down, it’s all good, and then suddenly it wasn’t good any more.

“I was here in the semi-finals against Li Na in 2011 and I had a match point and I lost, and that was definitely in my mind. I just tried to stay calm and I was lucky to get the win.

“I am normally very calm. My legs started shaking but I took a few deep breaths and once she had two set points I thought, well, it’s a third set, just go for it.”