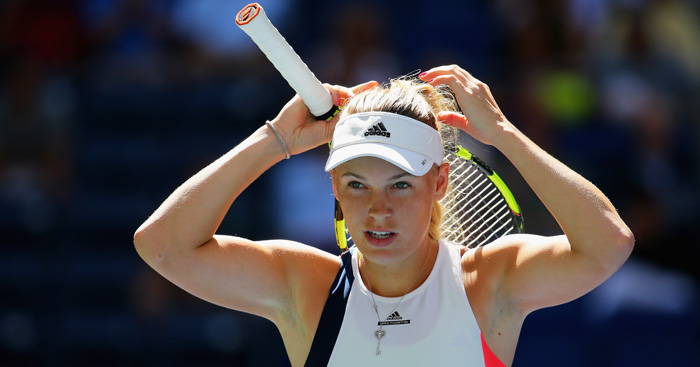 Caroline Wozniacki has threatened to boycott the Miami Open after her family were abused at this year’s event.

The world number two blasted the organisers of the event on social media following her defeat to Monica Puig, after claiming the crowd were overly-partisan in favour of her Puetro Rican opponent.

“During the match people in the crowd threatened my family, wished death upon my mom and dad, called me names that I can’t repeat here and told my fiance’s niece and nephew (who are 10 years old) to sit down and shut up,” Wozniacki wrote on her Twitter account shortly after the match.

“Security and staff did nothing to prevent this. I hope the Miami Open chooses to take this seriously.”

Now, though, she has suggested she may not return to the tournament in future years, telling a Danish newspaper: “I slept horribly for probably four or five days after that, I wasn’t at ease.

“I really felt awful. There was a bad feeling in my stomach. David (Lee, her fiancé) was there too and he even was like: ‘This is bad, this is not the way’.

“The experience that I had in Miami was awful and hopefully something we’ll never experience again.

“I just have to make a decision next year on whether I feel like I want to go back or not. I haven’t made that decision yet.”