Casper Ruud heads into 2023 with a different mindset 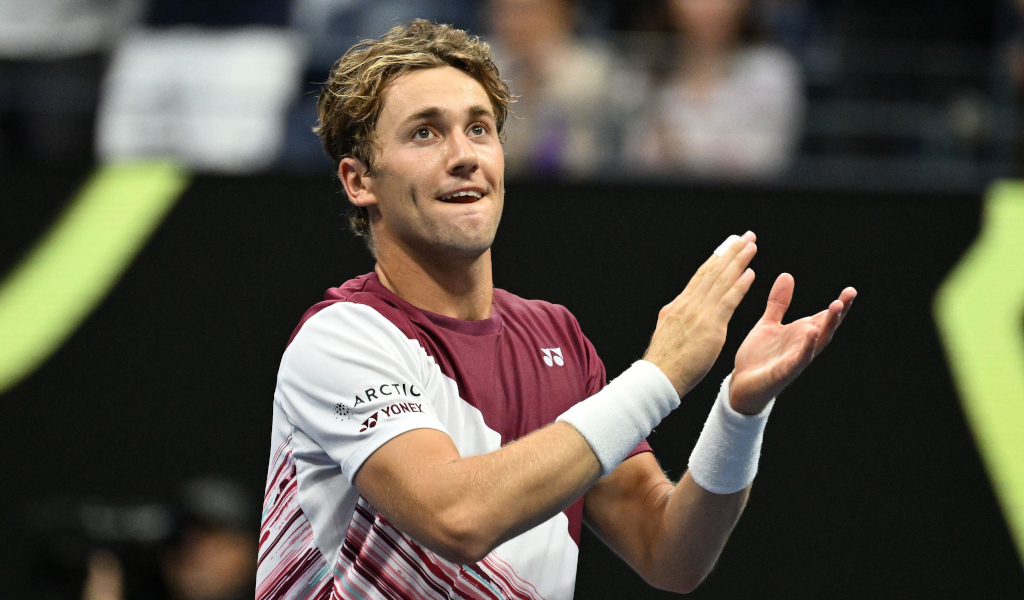 Despite three big finals losses in 2022 Casper Ruud enjoyed a landmark year on the ATP Tour.

He says that his 2022 has given him a new perspective on his career.

Ruud believes he is headed into the new year with a new mindset that will bring him success.

He has shown throughout this season that he is far more than a clay court specialist and hopes for big results in Australia to start 2023.

“I’m going to come into next year with a little bit different mindset I believe.

“When we come down to Australia, I’ll have probably some big goals that I want to achieve down there. If it doesn’t happen, it won’t happen.

“I think my mindset going into next year is going to be different to what I have done previous years.

“This year I was not even able to play the Australian Open, so it’s a big chance for me to get some sort of revenge down there and hopefully have a good result.

“But in the end I know there are so many good players. I know that I can beat good players and I can lose to any player.

“I think for Australian Open I can say I’m already hungry to have a good result and let’s see how next year plays out.

“There will be a lot of points and results for me to defend. I hope I can do that and achieve even more.

“That’s not going to be easy because this year I’ve done very well in certain tournaments, but I will try my best.”

Ruud admits that he has to refine his game if he is to compete with the best on the tour.

“I think those two players, Novak and Rafa, are exceptional of course. They have this sort of ability in them to step up when they really have to that I don’t have. That’s something I can try to improve for sure.

“They always seem to win the close points, the close sets. I have been on the losing side when I played players like them.

“I have played Novak sometimes now, and every set that I lost, not every set has been close, but some sets have been 7-6, 7-5, so on. I just can’t seem to step up when I really need to. That’s what their abilities are so great and have been for so long. That’s something of course I wish to develop, have confidence in myself that that I can do it.

“Hopefully this year can contribute to that confidence.

“Yeah, I mean, I’ve had many experiences this year in losing these finals. It’s just going to try to motivate me to win them if I ever get to them again.

“If you look at the opponents I’ve played, it’s been tough. You have to say that Rafa in Roland Garros and Novak here, it’s probably some of the toughest challenges that we have. I don’t feel very bad that I wasn’t able to beat them.

“But it gives me motivation and a hunger to maybe next time, like I said, if I ever get to another final like this, I hope I can learn from what I have done this year and not been able to do and see how it goes.

“Yeah, I just feel like I still have room for improvements, even though I’m very happy with my game and how things have turned out this year.”

READ MORE: Goran Ivanisevic backs Novak Djokovic to ‘get even better’ and highlights one of Serbian’s best shots