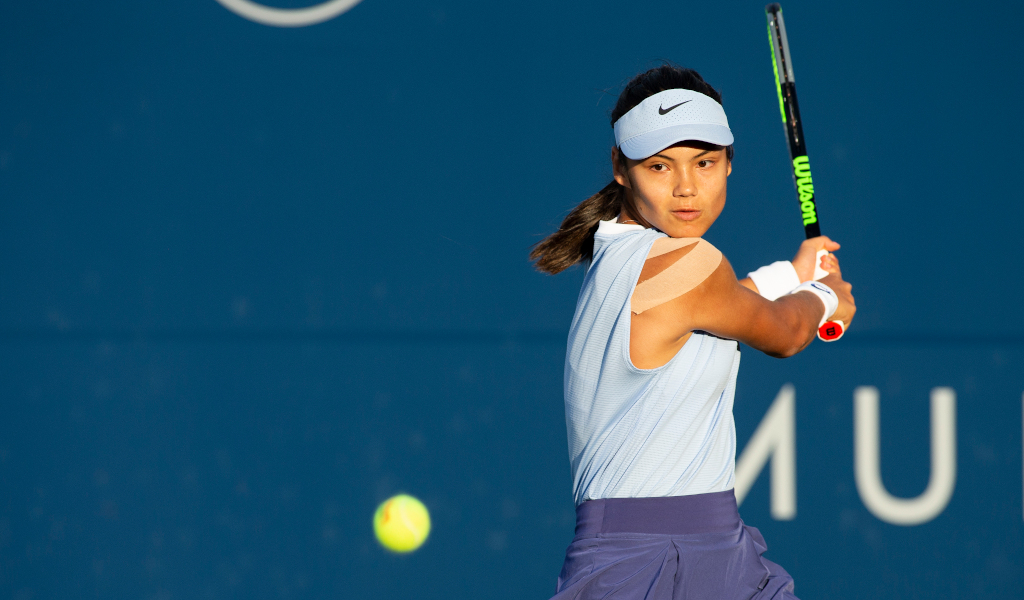 Coco Gauff has been asked what advice she has for newly crowned US Open champion Emma Raducanu and, although the teenager admitted “if anything, I should be asking her”, she did offer some pointers on social media.

Raducanu has been the toast of the sporting world since becoming the first qualifier – man or woman – to win a Grand Slam, beating fellow teenager Leylah Fernandez in the final at Flushing Meadows.

Her quick rise has also seen her get invites to A-list celebrity events like the Met Gala and premiere for the new Bond film No Time To Die.

She has also seen a big increase in social media followers as she has gone past the two million mark on Instagram and the 600,000 mark on Twitter.

WATCH: Emma Raducanu addresses fans in Romanian as her multicultural heritage shines through

The 17-year-old Gauff herself had a remarkable rise the past few years as in 2019 she became the youngest player to reach the main draw at Wimbledon.
The American was asked ahead of the BNP Paribas Open what advice she has for Raducanu and initially joked: “I mean, she has a Slam and I don’t! If anything, I should be asking her.”

However, the world No 19 did offer some advice on social media usage.

“The best thing I could [say], and I’m sure she’s probably heard it, is to set time aside from the phone,” Gauff said.

“Because it is exciting when you get all the retweets, all the follows and all of that, but it can be a bit overwhelming. At least in my experience. That’s probably what I wish I would’ve known, not to focus on social media.

“I put a time limit on my phone because I thought I was spending too much time on it. From 8.30am to 9.30pm I have limited access to apps.”