Coco Gauff is a name to know for all tennis fans and pundits. A US native, Gauff admits that her original attraction to the sport of tennis was that it wasn’t a team effort, it was just up to her. That was enough for Gauff to turn her passion for tennis into dreams of a lifelong career.

Incredibly enough, she has. Though only a few years into her professional career, she has already earned the approval of one of her greatest heroes, global tennis legend Serena Williams.

However, this nod from Williams comes as no surprise. Gauff has been busy winning since she participated in local ‘Little Mo’ competitions in the Southeast of the United States. Following a string of strong performances, she was selected for the ‘Champ’seed’ Foundation, created by tennis coach, Patrick Mouratoglou, which provides resources for tennis hopefuls who lack resources for the highly competitive, and expensive, world of private training.

Gauff traveled across the Atlantic to begin honing her skills. Following a rivalry with a fellow US up-and-coming tennis star, Caty McNally, Gauff became the fifth-youngest female singles champion in the history of the French Open.

Not long after, in 2017, she became the Number One Junior in the World. Oddly enough, McNally and Gauff would later partner as doubles in 2017, during the Junior Grand Slam doubles in the US Open. Despite the previous competition between the pair, they came away victorious, and Gauff ended the 2017 year ranked second behind French tennis player Clara Burel.

Off to the Races in the WTA

By May of 2018, Gauff had graduated to the professional world of tennis. Although she won her first professional match at the ITF Women’s Circuit, she wasn’t able to advance when she won a wildcard to qualify for the US Open.  However, that didn’t mean that Gauff went unnoticed in the world of WTA Tours. In fact, Gauff was soon facing up to steep Wimbledon betting odds, caused by one of her greatest heroes at her first Grand Slam, Venus Williams. However, at this the 2019 Wimbledon Championship, the spirited athlete was able to upset all the bookmakers’ predictions and beat Venus Williams, ranked 41 in the world at the time. After defeating Magdaléna Rybáriková and Polona Hercog in her following matches, Gauff went to the fourth round, where she folded to Simona Halep, who later won the tournament. 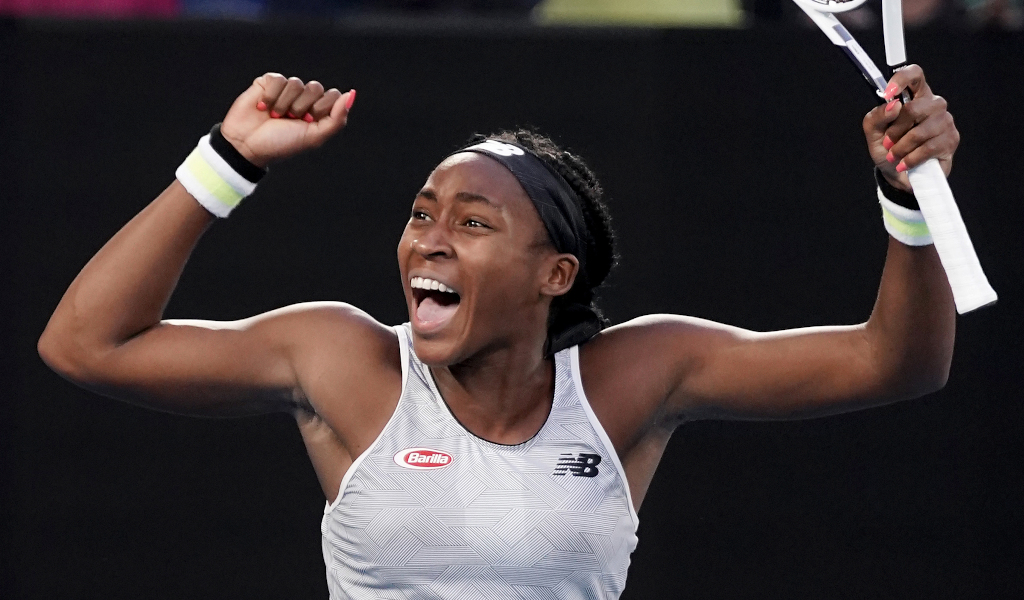 The four matches that Gauff entered during the Wimbledon Championship were the most-watched matches on ESPN each day. It seemed that millions of North American viewers were drawn to the underdog.

If 2018 was Gauff’s introduction to the world of professional tennis, then 2019 signifies the rising star getting comfortable. After a few defeats, such as her loss to Naomi Osaka, and a few highs, like taking another tournament with her doubles partner, Caty McNally, Gauff won the Linz Open quarter finals. Not only did she win, but she stole the title from top-seeded Kiki Bertens to become the youngest WTA player to win a singles title in almost fifteen years.

Coco Gauff has shown no inclination of slowing down – Monday 25th February 2020, she nudged her way into the top 50 player rankings. Though she’s not the youngest player to make that list, every year she ages only allows her to participate in more tournaments, like the many upcoming WTA Masters 1000 events.

Gauff may not draw in wagers like a Williams or a Kenin just yet, but as the WTA Tour continues, many pundits are taking note and would love to see Gauff take down another star athlete like she did with Kiki Bertens at the Linz Open (2019) or Naomi Osaka at the Australian Open (2020).

For now, fans would love a rematch between Gauff and Halep, who took the title from Gauff’s first Grand Slam at Wimbledon last year, as well as Kiki Bertens, who eliminated her from the Australian Open earlier this year.