Comment: Andy Murray back with a bang at Wimbledon, but how much more of this can he take? 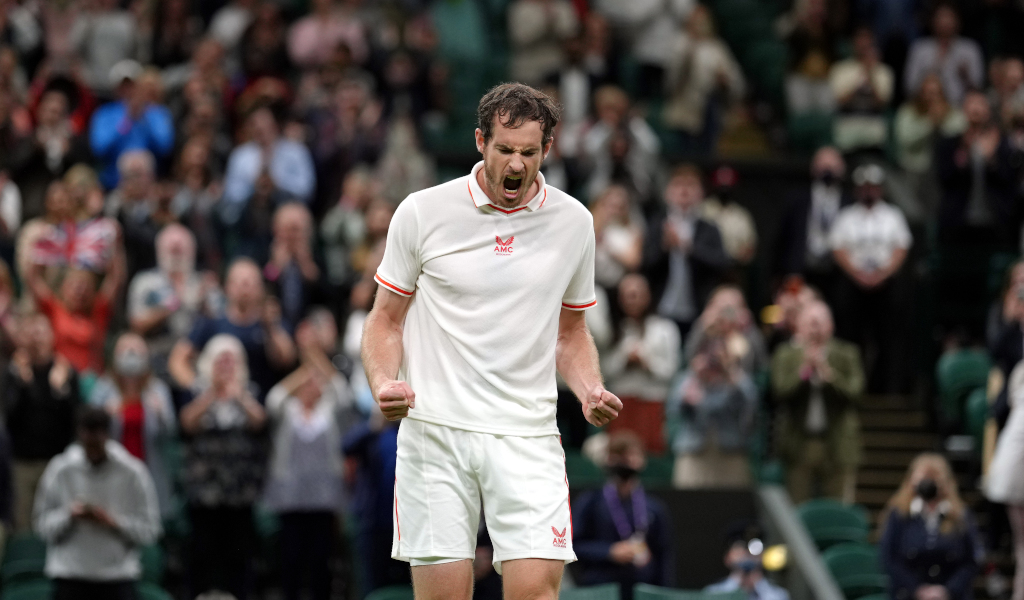 It has become increasingly hard to fathom why Andy Murray has continued to push himself through the pain barrier in a bid to extend his tennis career and after his first singles match at Wimbledon in four years turned into an agonising battle, he must have joined the chorus asking those questions.

As if the prospect of playing with a metal hip was not enough, additional injuries that his fitness team have struggled to find solutions to appeared to be pushing the two-time Wimbledon champion towards an inevitable exit from the sport he is clearly addicted to.

In recent weeks, some have suggested Murray is hanging around for a final farewell at the All England Club, with his lack of match wins since his run to the quarter-finals at Wimbledon in 2017 making his continued efforts to get back to his best seem somewhat pitiful.

A few of those cynics have even suggested he was merely hanging around as a professional tennis player in a bid to promote the businesses his company are currently promoting, such as an interactive game and his new woollen clothing range with Castore.

Yet Murray has always insisted there is more still to be drained out of his remarkable career and in front of his adoring crowd on the stage that has witnessed the greatest moments of his career, he went threatened to silence his doubters in the grand manner in what was close to being a perfect performance.

He may have been helped by the erratic and often wild play of his opponent Nikoloz Basilashvili, but this was a blast from Murray’s glorious past as he looked energised and back, incredibly, to somewhere near his best.

Serving with venom and consistency from the off and scuttling around the court as if he body has been given an adrenaline kick by his return to Centre Court, Murray hared around the grass and screamed heartily as he picked Basilashvili apart in delicious fashion.

Drop shots, moments of genius and a refusal to give up on points broke his opponent down long before the final blow was delivered in what was Murray’s finest performance in over four years.

Such has been his lack of match practice that he has struggled to find consistency in his game when he has managed to drag his weary body onto the court in recent years, but this was a different Murray.

By the end of the third set, his range of brilliance was drawing gasps from the Centre Court crowd, with the stream of magic he served up in the fifth game of the final set evidence that he still has ‘Big Four’ skills in his locker.

Then, desperately, reality struck as with the score at 5-0 to Murray in the third set and victory seemingly inevitable, he suffered a collapse so dramatic that there have been few to compare on Wimbledon’s Centre Court.

With Basilashvili clearly ready to get off the court and accept he was well beaten by the better man, Murray fluffed his served in the sixth game of the set, then again in their eighth and remarkably in the tenth and twelfth game to boot.

Suddenly, the Murray of the first two hours of this match was replaced with the jaded, soon to be retired version we have become accustomed to in recent times and it was hard to watch.

Murray suddenly looked like he was walking on jelly, his energy levels plummeting and his hopes of a final win on the Centre Court appearing to be disappearing in front of a crowd that was in party mood until the meltdown of all meltdowns.

Closing the roof gave Murray 15 minutes to recover his composure, but it was evident that his reserve tank was still running on empty and even as he got the winning line again, his demeanour confirmed this was not a joyous experience, with Basilashvili missing enough balls to allow his opponent to stagger over the line.

This was agony for Murray and sad to watch for his army of fans around the world.

They won’t want to sit through too much more of this and Murray must also be questioning how much more he can take.