Comment: A Roger Federer in decline is still far better than most players, so respect it 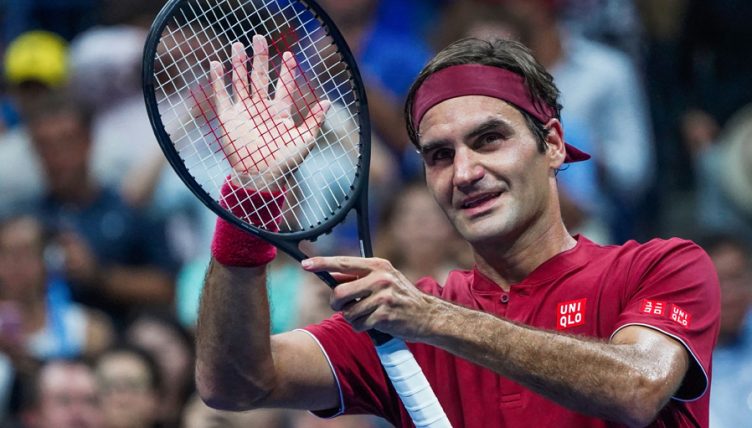 Michael Graham believes it is okay to acknowledge that Roger Federer is in decline, but it’s an absolute travesty to celebrate it.

But recently, the main topic of discussion has been his future and the question of whether or not he is in decline after such a glorious career.

He will make that decision as and when and he has certainly earned that right.

But what I can tell you is that Roger Federer is in decline as a tennis player. That much is obvious.

He knows it, his opponents know it, the fans know it, everyone knows it.

Never before has he felt so vulnerable. The great performances are becoming rarer, the absolute stinkers coming more often.

‘Do not write him off!’ – Novak Djokovic gives his views on Roger Federer future.https://t.co/Db4ihtUkZp

That was absolutely evident against John Millman at the US Open, and perhaps even more so in his defeat to Kevin Anderson at Wimbledon. You could also through his defeat to Kei Nishikori in there at the ATP Finals too, even if it didn’t cost him.

Meanwhile, it’s tough to really pinpoint a match in which Federer wowed us this season. He beat Marin Cilic in Melbourne, but there was no real highlight moment for Federer in 2018.

But here is the real truth: It doesn’t matter if Federer is in decline, because his decline is still better than almost everyone else’s best- and so it is very uncomfortable to see his obituary written with such flagrant glee from many quarters.

It is the very nature of sport that players reach the top and fall. There is only one way to go when you’re at the top of the mountain. It’s absolutely nothing new.

Pick any sport you want, pick any world sporting icon you want from yesteryear, all have the same tale. Dominance, conquest, and decline. It is the long-established narrative of any sporting great.

In fact, he has been so much better than the rest for so long, that even when he hits his decline he still remains competitive with any other player you want to name.

In fact, even Novak Djokovic at his very best needed three sets and two tiebreakers to get past Federer at the Paris Masters just this month.

So my advice to anyone ready to revel in Federer’s slide down the mountain is this: Don’t. Where he is right now is still looking down on where the best of the vast majority of the rest can reach.

Instead, respect the heights from which he is descending, celebrate the brilliance required to reach them in the first place and remain there for so long.

Because when he’s eventually gone, you’ll most certainly miss him.