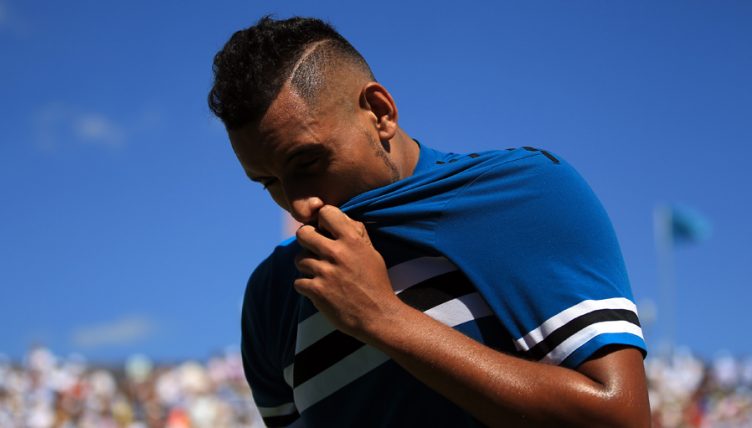 With another year all but slipping from Nick Kyrgios’ grasp without any tangible progress being made, Michael Graham can’t help but voice his frustration at the tragedy of wasted talent.

Words are far more important in sport than most people actually realise. They have a very specific and important purpose, more important than ever in fact, in that they dictate image, and image dictates everything else.

And there is one word in tennis that has started to really annoy me: “antics”. What is even more annoying is that the word can be attached entirely to one man.

Nick Kyrgios is a richly talented tennis player. His serve is brilliant and his two-handed backhand positively physics-defying. Furthermore, he has brilliant personality too adds to his captivating character. He is, without question, one of the most exciting players on the ATP Tour to watch.

Or, at least he was. For me, anyway. Because, frankly, I got sick of his “antics” a while ago.

It was fun at first. I mean, what was there not to love? Here was this Aussie kid with a great look, a cheeky smile, loads of talent, and even more personality.

Personality is, after all, something we have all seen slowly vanish from our sports stars. That’s an image thing too, by the way, but perhaps a topic for another day.

But that was a long time ago now. The Aussie kid is now a man, and it’s about time he started acting like it.

In the US Open alone, he mocked rivals’ serve, attempted to tank, and faked an on-court injury.

And you can add those, should you wish, to a very long line of highly controversial and anti-social behaviour that, frankly, I couldn’t even begin to count.

Let’s be clear: those things are not okay. We seem to want to pretend they are for whatever reason, but I don’t see antics, I see disrespect. “Antics” is just the word it’s given to make it sound better than it is.

But who actually wins from Nick Kyrgios’ antics? Certainly not Kyrgios given his count of four career titles to date. You could say that is a decent enough haul for a player of just 23, but Dominic Thiem, 24, has more than double Kyrgios’ titles with probably about half of the natural talent. 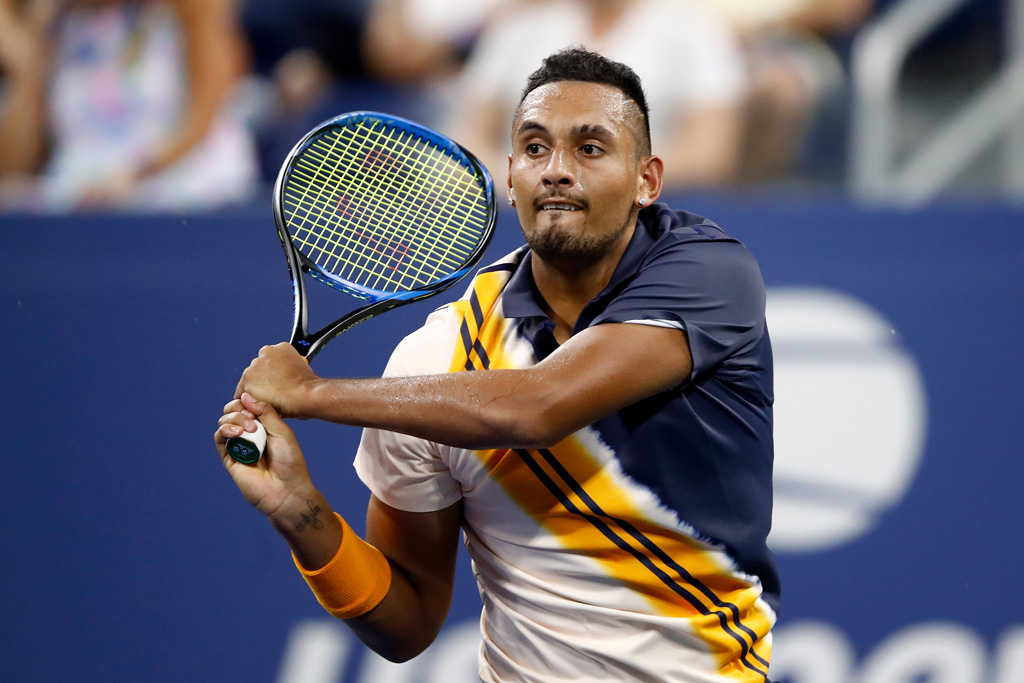 Fans don’t win either. Yes, there is an element about Kyrgios about not really knowing what he’ll do next at any given moment, but given the long list of unpalatable possibilities, including tanking and robbing the spectators the contest they have paid for, that’s not necessarily a good thing.

TV companies don’t win either. They think they do, because they get great footage and debate from it, but when one of the sport’s brightest talents is holding himself back from the top of the game, the TV companies are one of the biggest losers around.

If anyone wins from Kyrgios’ antics, then it’s his opponents, mainly due to his capacity to beat himself for them. Mind, even then they have to endure the tedious post-match questioning on the utterly ridiculous and completely needless nonsense.

But, without doubt, the greatest sadness of all is that tennis, as a sport, is primed for a new superstar. In fact, the ATP Tour is arguably desperate for one.

It feels like we’ve been watching Roger Federer, Rafael Nadal, and Novak Djokovic slug it out between then for pretty much forever at this point. Even they seem to be willing someone to come and challenge them. Tennis as a whole sighs whenever Alexander Zverev fails miserably at a Grand Slam.

And yet, all the while, one of our best and brightest and most entertaining young talents is wasting his energy attention-seeking instead of perfecting his game. Such is Kyrgios’ dedication to wasting everyone’s time, and especially his own, he refuses to even hire a coach.

It comes down to a simple question of what does Kyrgios actually want? He either wants to be a true success or he wants the antics. He can’t have both, and the Nick Kyrgios tennis ultimately receives will be determined by one thing and one thing alone: which does he want more?

2018 has been a fascinating year for the ATP, and many of the lessons it has taught us is to never write off the Tour’s established top names.

But, for me personally, the biggest takeaway from the season may just be that it’s about time that Nick Kyrgios finally grew up, dropped the disrespect antics and started taking himself seriously, because we sure as hell can’t right now.