Comment: Kei Nishikori must work harder on his fitness and make tactical improvements 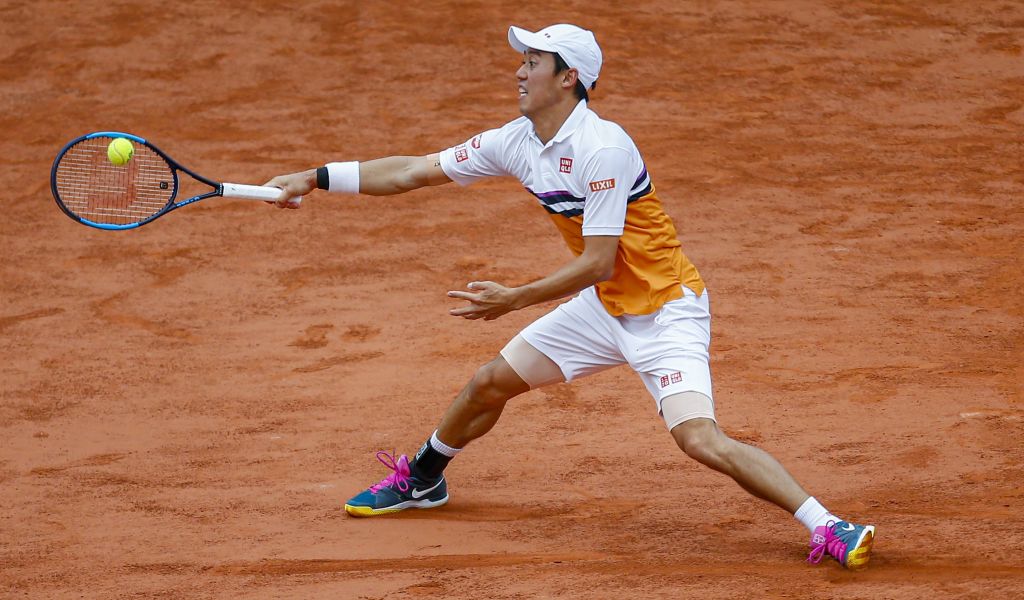 James Spencer has his say on yet another disappointing quarter-final exit for Japan’s Kei Nishikori, and urges the Japanese star to work on his conditioning.

Being Asia’s top male player has its own pressures, but most importantly it means living up to a certain level of expectations. Too many times now Kei Nishikori has let down his large legion of fans.

In Tuesday’s quarter-final defeat to Rafael Nadal, he looked more like something you’d see in football near the end of the season, he looked like an Arsenal or Manchester United who had no interest of playing or being there: no heart or spirit, just there to pick up the pay cheque.

For Japanese tennis and Nishikori fans, his lack of fight is concerning. Having been a graduate of the famed Nick Bollettieri Academy, Nishikori had been tipped for greatness by many within world tennis. But now one has to wonder whether he will ever utilise his full potential.

Nishikori’s sole Grand Slam final appearance was at the 2014 US Open where he was crushed in straight sets by Croatia’s Marin Cilic. At 29-years-old these are his peak years and the Japanese needs to step up significantly if he is realise his dream of winning either a Masters 1000 or a Grand Slam.

Following his quarter-final defeat to Nadal, he even admitted to the press he doubts whether he will ever succeed at Grand Slam level.

“I think I’ve got to keep trying to work, to finish in straight sets, but that means I’m not maybe good enough tennis-wise and also mentally,” he said.

“So, I’ll just keep working. I think that’s going to be the next step, because I’m always stuck in the quarter-finals in Grand Slams, and I think the next goal is to be in semi-finals or final.”

How can he fix his plight?

Simple: he needs to train much, much harder in the gym. He needs to tone up whether that be with muscle like Rafael Nadal, Novak Djokovic, Andy Murray and Stan Wawrinka have all done.

Or simply train in the Alps like Austria’s Dominic Thiem did. His coach Gunter Bresnik pushes him to his absolute limits and made him carry logs like a lumberjack for miles in the off-season.

This is something Michael Chang should consider to toughen up his pupil.

‪Talking to team after match. Tough win. Always enjoy sharing the court with @tsongaofficiel. On to next round. @rolandgarros

Secondly, Nishikori needs to work on the mental side of his game. He, too often, appears happy within his comfort zone of pulling out of big matches or not chasing down every point against the top four as he believes he’s lost.

If tennis and sport has taught us anything, is that it’s never truly over until the last point is won. Tennis players can save match points and go on to not only win matches, but tournaments as well.

Like Roger Federer saving five match points against Leonardo Mayer in his opening round before going onto win the 2014 Shanghai Masters, for example, and there are also countless other examples.

Usually it’s only the very best players like Federer, Nadal, Murray and Djokovic who can do this, but if Nishikori wants to emulate them, he’s going to have to step up big time.

If he can back himself mentally and believe in himself, then he will be able to enjoy more success against the big four and maybe finally get over the hurdle of winning a maiden Masters 1000 title or even a Grand Slam.

Tactically, he also needs to improve. Federer knows how important it is to conserve energy within a two-week Grand Slam. By keeping the points short and not engaging in long rallies, the Swiss maestro tries to get his matches finished as quickly as possible with minimum fuss.

That way he has maximum energy near the semi-final/finals business end of a Grand Slam to give himself the best possible chance of winning it.

In this year’s French Open, all three of Federer, Nadal and Novak Djokovic won in straight sets or dropped just a solitary set to David Goffin in Nadal’s case, on their way to the quarter-finals. Meanwhile, Nishikori, and also Alexander Zverev both seem to have failed to grasp this very simple concept.

Very very tough match. Happy to get through. #alwaysfighting

In Nishikori’s case he was dragged into back to back five set tussles with the likes of Serbia’s Laslo Djere and France’s Benoit Paire. In both matches he was up two sets to one. All he needed to do was secure the fourth set and be off the court, saving as much energy as possible.

Instead he wasted the best part of another hour and a half on court in both matches. That’s three hours in total he could have saved in order to conserve more energy in taking on Nadal in a Grand Slam quarter-final, while also giving paying fans on Philippe Chatrier the contest they deserved.

Nishikori’s focus will now switch to the grass-court season. He has pulled out numerous times from Halle in the past at the semi-final stage much to the displeasure of the organisers.

He has also disappointed at Wimbledon withdrawing previously with injury. His large legion of fans in Japan and across the world will be desperately hoping history doesn’t repeat itself as Nishikori tries to get his stuttering Grand Slam career back on track.