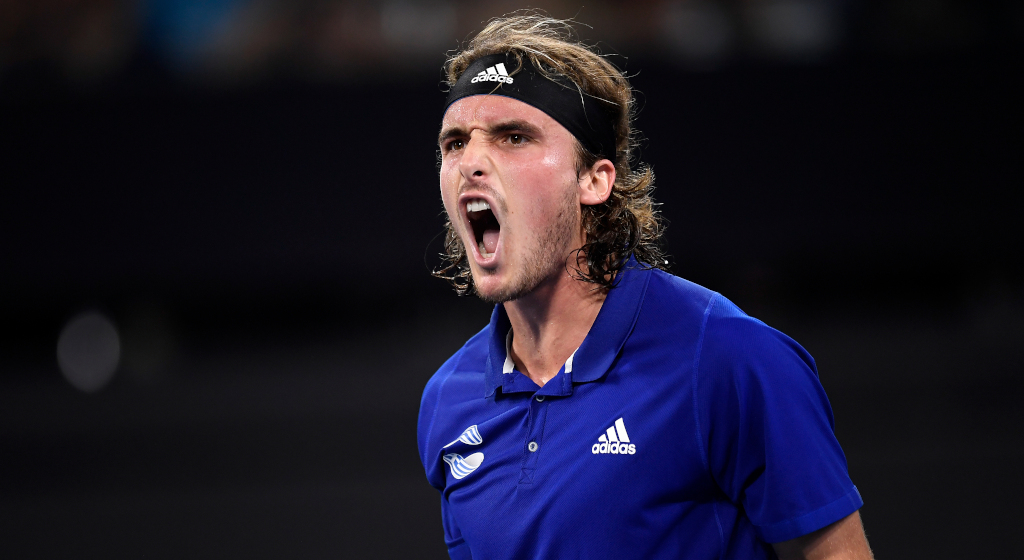 Patrick Mouratoglou promised some entertainment during his Ultimate Tennis Showdown (UTS) and Corentin Moutet and Stefanos Tsitsipas came to the party with some verbals.

UTS, the brainchild of Mouratoglou and Alex Popyrin, is a player-centric league that allows fans to listen to live conversations on court while video coaching is also allowed.

Matches are divided into four 10-minute quarters, with a two-minute break between them, and the player with the most points win the quarter.

Mouratoglou said before the tournament started that it would “showcase the incredible talent, athleticism and personalities of the wide range of tennis players”.

And Moutet and Tsitsipas certainly delivered as they were involved in heated exchange after Apostolos Tsitsipas got a little bit too involved during their match in Nice, France, on Sunday.

“I won’t speak about Stefanos, because he’s a good guy. But it’s just (his) father is stupid, everyone thinks he’s stupid,” Moutet told commentators during the fourth-quarter break. “He’s speaking when I’m serving, all the time. It’s not respectful.”

World No 6 Tsitsipas defended his father.

“I had experience with this in the past. I don’t want to say more, but I don’t see why there should be a problem,” the Greek said.

“My father is trying to encourage me before the serve and he’s not really interrupting. My opponent makes a big deal out of it.”

For the record, Tsitsipas won the match after in sudden death and booked his place in the semi-finals alongside Richard Gasquet, Matteo Berrettini and David Goffin.