Dan Evans news: What next for the final Brit in the Australian Open draw? 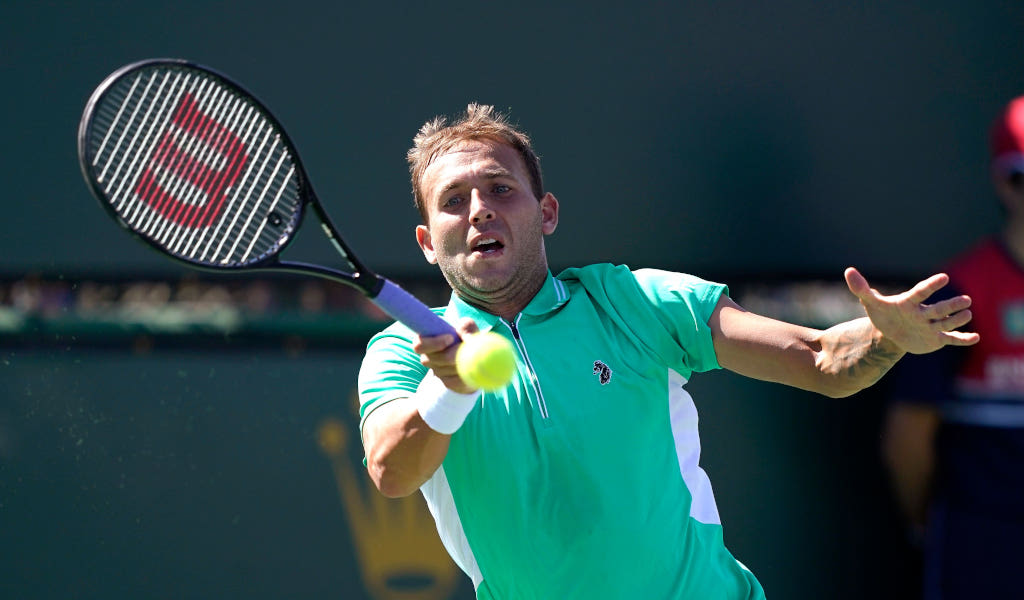 Dan Evans carries British hopes into the third round of the Australian Open as he bids to match his best run at a grand slam.

The 24th seed had an unexpected day off on Thursday after opponent Arthur Rinderknech withdrew, and then watched all his compatriots fall around him.

Now Evans will take on ninth seed Felix Auger-Aliassime with a place in the last-16 at stake.

Auger-Aliassime has had a fine start to the season, leading Canada to the ATP Cup title, but has spent eight hours on court so far in Melbourne in gruelling victories over Emil Ruusuvuori and Alejandro Davidovich Fokina while Evans defeated David Goffin in round one inside two hours

Their only previous meeting came at Melbourne Park 12 months ago, when Evans defeated Auger-Aliassime to win his first ATP Tour title.

The Canadian, 21, was very good very young but his progress had stalled a little before he hooked up with Rafael Nadal’s uncle and former coach Toni last spring.

Appearances in the Wimbledon quarter-finals and US Open semi-finals followed and Auger-Aliassime told ausopen.com: “Him being there is a huge source of motivation and more than anything it’s confidence and trust.

“He brought confidence that reaching the semi-final of the grand slam and challenging the best players in the world is something that is doable.”

Evans has twice reached the fourth round of a slam before, in Melbourne five years ago and at the US Open last summer, and will look to continue his excellent start to the season having won six matches and lost only one.

Andy Murray and Emma Raducanu are heading home, though, after both fell in the second round.

Raducanu’s wild ride at the grand slams continued as she attempted to chop and slice her way through a bizarre clash with Danka Kovinic because of a painful blister on her racket hand.

Kovinic eventually found a way to win but Raducanu was able to take pride from what on paper was a disappointing defeat after showing once again that competitive nous is one of her big strengths.The 19-year-old is also set to rise from her current ranking of 18, potentially into the top 15.

“I did discover elements of my game I didn’t know I had before, and I can use that going forward,” said Raducanu.

“I just know that I’ve got that fight in me. Even if I have got one shot, I know that I can pull myself out of deep situations.

“Because I’m still young, I feel like I can learn a backhand, I can learn some tactics, but it’s quite hard to learn or teach someone that fight and grittiness to hang in there when things are pretty much all against you. So I’m quite proud of that.”

Raducanu expects the blister to heal quickly and, once back home, she will focus on completing the block of training and fitness work that was cut short by her Covid diagnosis last month.

Although this was Raducanu’s earliest grand slam exit, Eurosport pundit Mats Wilander saw it as another good step on her tennis journey.

“In Wimbledon she reached the fourth round, at the US Open she won, and in the Australian Open she won a great first round against a former grand slam champion in Sloane Stephens,” said Wilander.

“Then she played a fantastic match (against Kovinic). She is on her way. She won the grand slam – that’s over. Now we start being a professional tennis player. That is where she is at.”

While Raducanu can look forward with optimism, Murray cut an extremely disconsolate figure following his straight-sets loss to qualifier Taro Daniel – his worst ever grand slam defeat by ranking.

The Scot again was left contemplating his future, with progress on the match court still frustratingly slow.

It may have been primarily disappointment talking, and the fact the 34-year-old has committed to playing with a new racket – a big change for any player – indicates he still believes better days can lie ahead.

“It’s not an excuse for losing today but I have to factor that into maybe my performances for a couple of months,” said Murray. “Everyone I have spoken to around testing and changing rackets, it does take a bit of time to gain confidence in it, so I have to bear that in mind a little bit.”