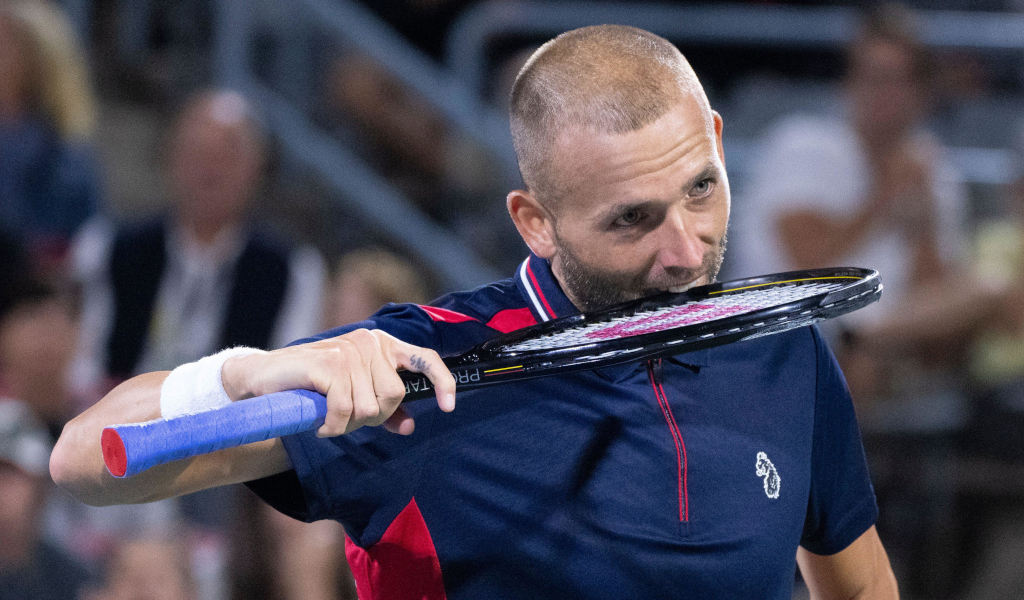 Dan Evans’ impressive run at the National Bank Open has been halted by Pablo Carreno Busta, who defeated the Briton in three sets in Montreal.

The world number 39 became the first player at the tournament to take a set off the Spaniard, racing out to a 3-0 lead in the second set which he eventually won after having to save match point.

The British number two was eventually outlasted 7-5 6-7 6-2 across two hours and 58 minutes by Carreno Busta, with the pair appearing exhausted as they embraced at the net as the match ended.

Into the night we go…

Evans becomes the first player of the tournament to take a set off Carreno Busta tallying the second 7-6(7)#NBO22 pic.twitter.com/zXmZrrS1Q2

The Spaniard said that while the match was entertaining for the fans, it was tough old slog for him to get through.

“It was fun for the crowd but for me it was tough,” he said of the gripping encounter.

“I had a match point in the second set but he served pretty good so I couldn’t do anything. When you have a match point and have to play another set, it’s always hard to do it.

“Mentally I think I was very good. Probably the beginning of the third set was the hardest part of the match. But after that I thought I had to be more aggressive, try to push a lot, try to go to the net, and it was good.

“This week, I don’t know why but the level was unbelievable.

“I played really good matches at the beginning of the tournament. Yesterday [against Jack Draper] was not the best match but I suffered and I competed a lot. Today was the same. Probably I didn’t play the best tennis of the week but it’s very important to win these kind of matches when you are not playing your best. Happy to be in the final…. For sure I’m excited.”

The 23rd-ranked Carreno Busta relied on his first serve to dominate his opponent, recording 43 winners and breaking on five of his eight chances.

The victory pushes the Spaniard through to his first ATP Masters final, which will be against eighth-seeded Hubert Hurkacz after the Pole earlier dropped his first set before fighting back to defeat Casper Ruud.

Evans’ strong recent showings should see him surge up the rankings to the edge of the top 20, with those ranked 32 and higher seeded for the upcoming US Open.

The 32-year-old will next play Filip Krajinovic in the first round of the Western and Southern Open, the final warm-up tournament before Flushing Meadows.