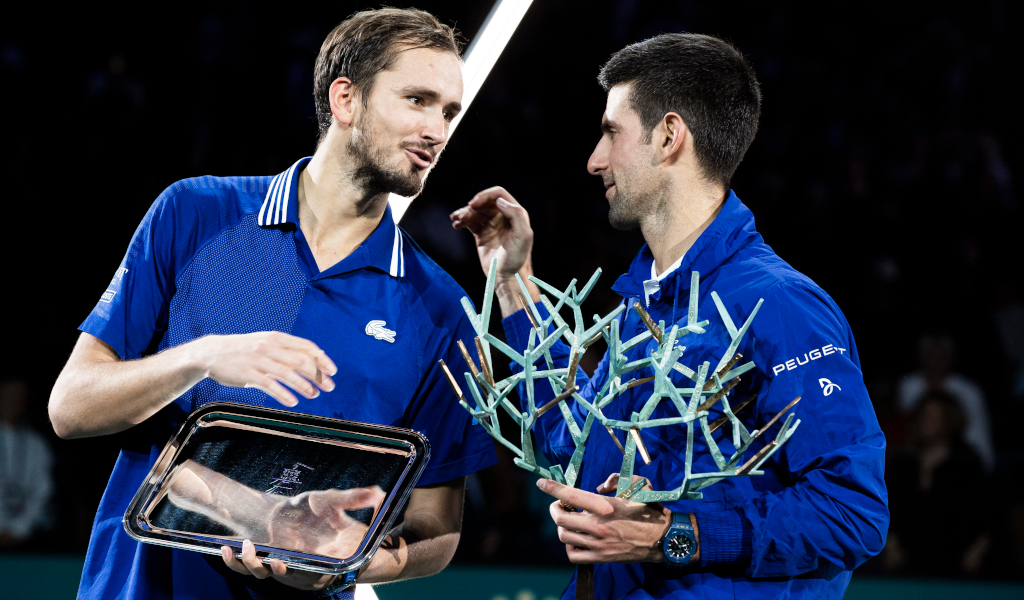 They might not respect him or recognise his achievements at the moment, but Novak Djokovic’s detractors will eventually appreciate his greatness, according to Daniil Medvedev.

It has been another weekend to remember for Djokovic as he clinched a record-breaking seventh year-end No 1 title on Saturday, moving ahead of his childhood idol Pete Sampars.

He followed it up with a record-extending sixth Paris Masters title on Sunday, defeating Medvedev in a thrilling three-set match in Paris Bercy.

It capped off a glorious year as he won the Australian Open, French Open and Wimbledon to draw level with Roger Federer and Rafael Nadal on 20 Grand Slams.

Despite his accomplishments, Djokovic doesn’t get the same adulation as Federer and Nadal, but Medvedev believes the tide will eventually turn.

“I think this is unfair, because it’s tough for me to talk to other people, but I see what you mean because I feel it sometimes,” the Russian said.

“I also have the feeling though that people start more and more to, let’s say, I don’t even say respect him, respect what he has done in tennis more and more, because, well, he continues to beat the records.

“Only this year he beat the records for being No 1 for many weeks, 310 it was, and now it’s much more. He got to 20 Slams, almost done a calendar Slam.

“I feel like unless real haters, which are not real fans, people start to see what he’s done and to see that he’s able to do more, which we can never know, that’s why we like tennis, but which he can do more.

“And I think, yeah, that maybe it’s also sometimes, 10 years after he retire, because there is gonna be starting to be people who will start watching tennis – just like me, I didn’t see Sampras play, I was too young but I heard he was amazing – it’s going to be the same.

“There are going to be new people coming to tennis who are just going to read in Wikipedia or whatever what were the results, who was the world No 1 for most weeks, for most times in the end, and they are going to see Novak everywhere. That’s when people are going to start to understand, Okay, that’s amazing what he has done.”